The young Sydney Swans have sent an ominous message to the rest of the AFL, thrashing Richmond at the MCG.

Sydney has claimed another major scalp to start the season, using an eight-goal second quarter to stun reigning premiers Richmond at the MCG.

Despite the absence of the rested Lance Franklin, the Swans came out of the gates on fire, kicking the first three goals of the contest to take an eight-point lead to the first change, but really kicked into gear in a scintillating second term.

Three-time premiership-winning coach Damien Hardwick was forced to coach from the bench as he attempted to make adjustments to halt Sydney’s first-half onslaught. 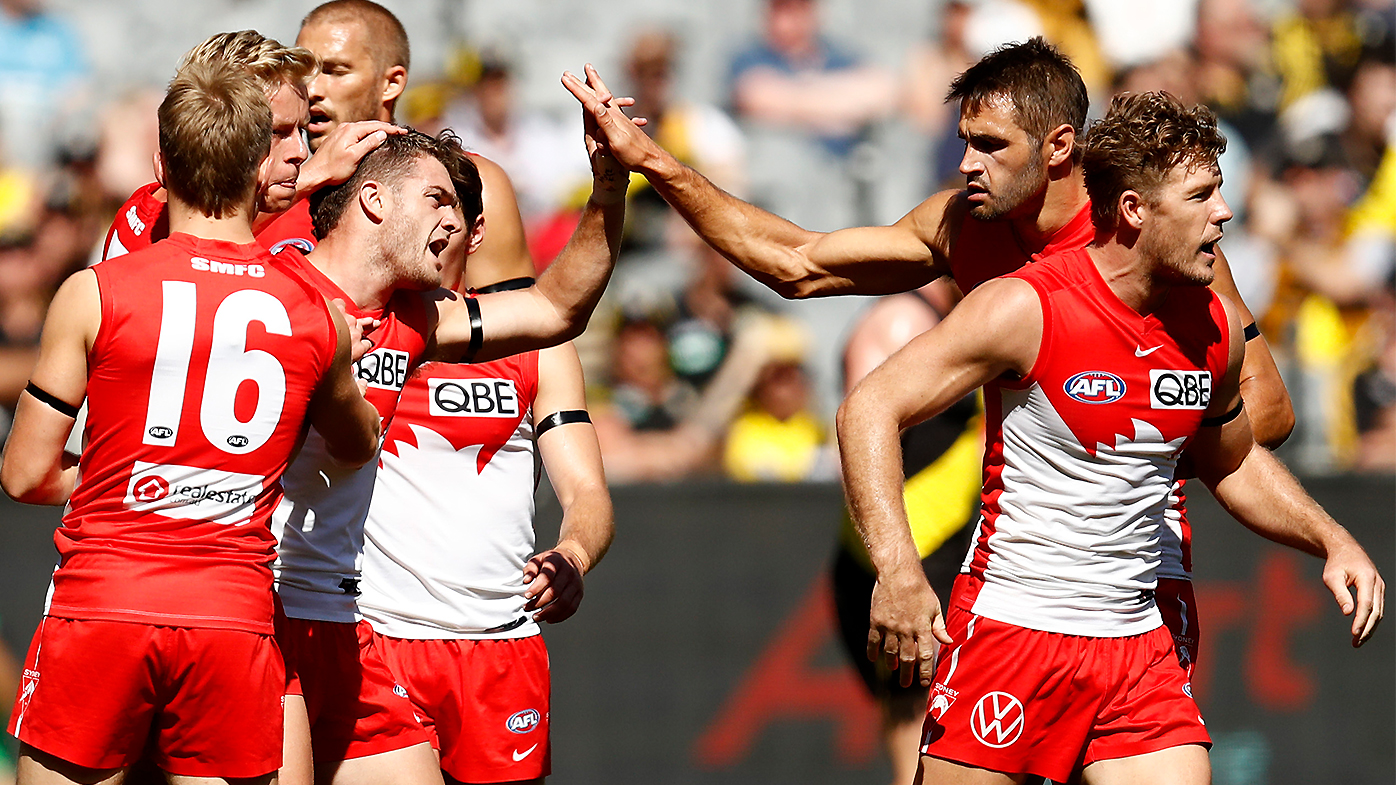 “This is not the Richmond we’ve seen over the last few years,” Brisbane great Jonathan Brown said on Fox Footy’s coverage.

“Sydney have been outstanding but this is very sloppy from the Tigers.

“They’ve just outnumbered (Richmond players) at every contest, it’s been great to watch. John Longmire will be thrilled with his boys.”

Hardwick’s half-time address did little to stem the tide in the third quarter as the Swans slammed home another five majors, including a goal of the year contender from Issac Heeney. 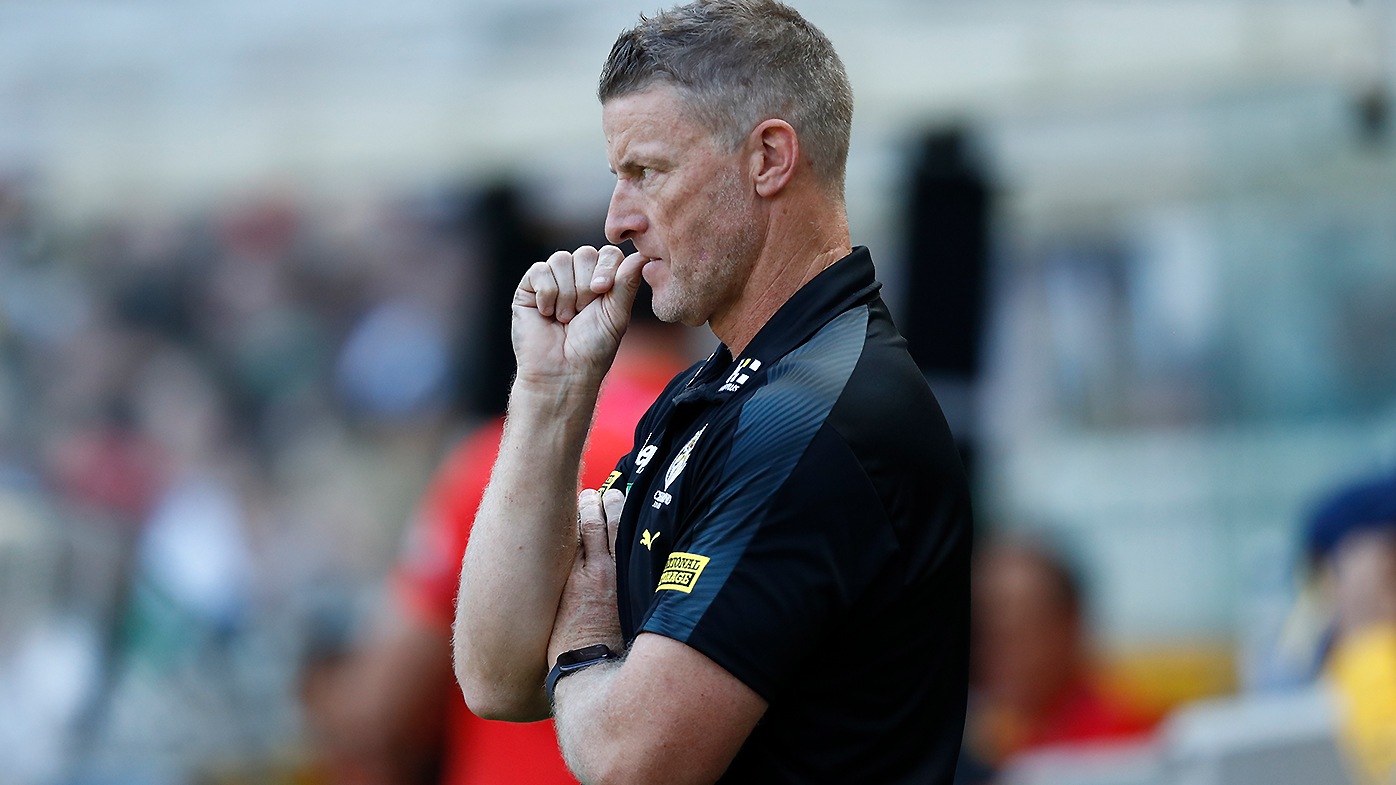 “It’s a nice little reminder that things might be different this year because of the way the game has been played and they might have to change the way they play.

“There is a reason three premierships in a row is rarely done because it’s hard to stay at that level for so long.” 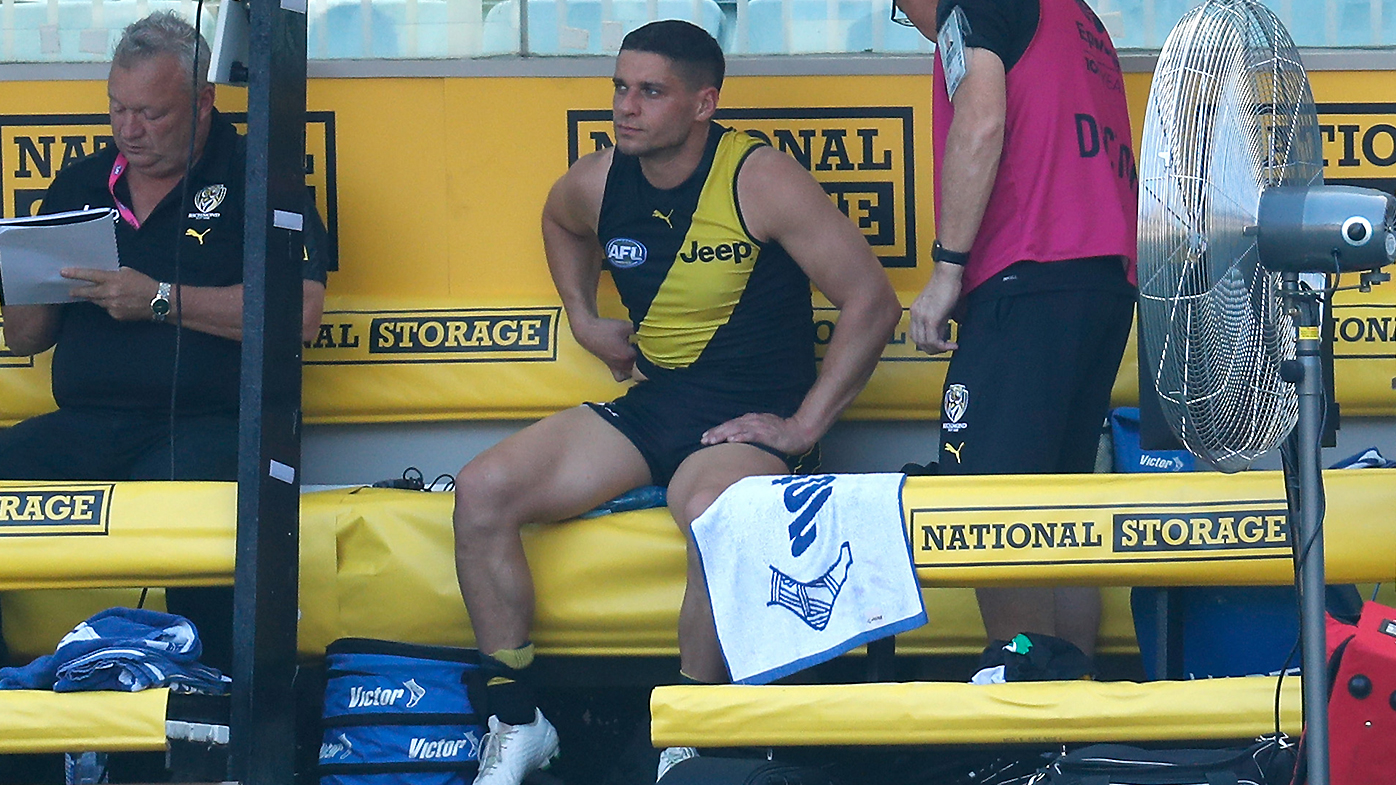 Coming into the match as the AFL’s highest-scoring team in the opening two rounds, Sydney’s free-scoring continued with their 102 points at three-quarter time the first time Richmond had conceded triple figures inside three quarters since Round 16, 2017.

To make matters worse for the Tigers, star midfielder Dion Prestia was substituted out for Daniel Rioli in the opening minutes due to a hamstring concern.

Kamdyn McIntosh was also helped off the ground by Richmond’s medical staff after copping a brutal head knock in a 50-50 contest with Swans defender Dane Rampe in the final quarter.

Sydney will be hot favourites to continue their unbeaten start to the season next Thursday when they host Essendon at the SCG, while Richmond will face the stiff task of taking on Port Adelaide at the Adelaide Oval in Round Four.