The NRL is set to issue the Bulldogs a ‘please explain’ over their decision to allow Lachlan Lewis to remain on the field.

The NRL is set to issue the Canterbury Bulldogs a ‘please explain’ over their decision to allow five-eighth Lachlan Lewis to remain on the field during yesterday’s clash despite appearing badly affected by a head knock, The Mole understands.

The 24-year-old’s head was smashed when tackling South Sydney winger Josh Mansour in the sixth minute of the game, and while he was attended to by a club staffer immediately, he remained on the field despite having stumbled to his feet with the assistance of a Rabbitohs player.

The trainer didn’t return to the field until the end of the set, and when he did he ordered the 38-gamer to undergo a head injury assessment. 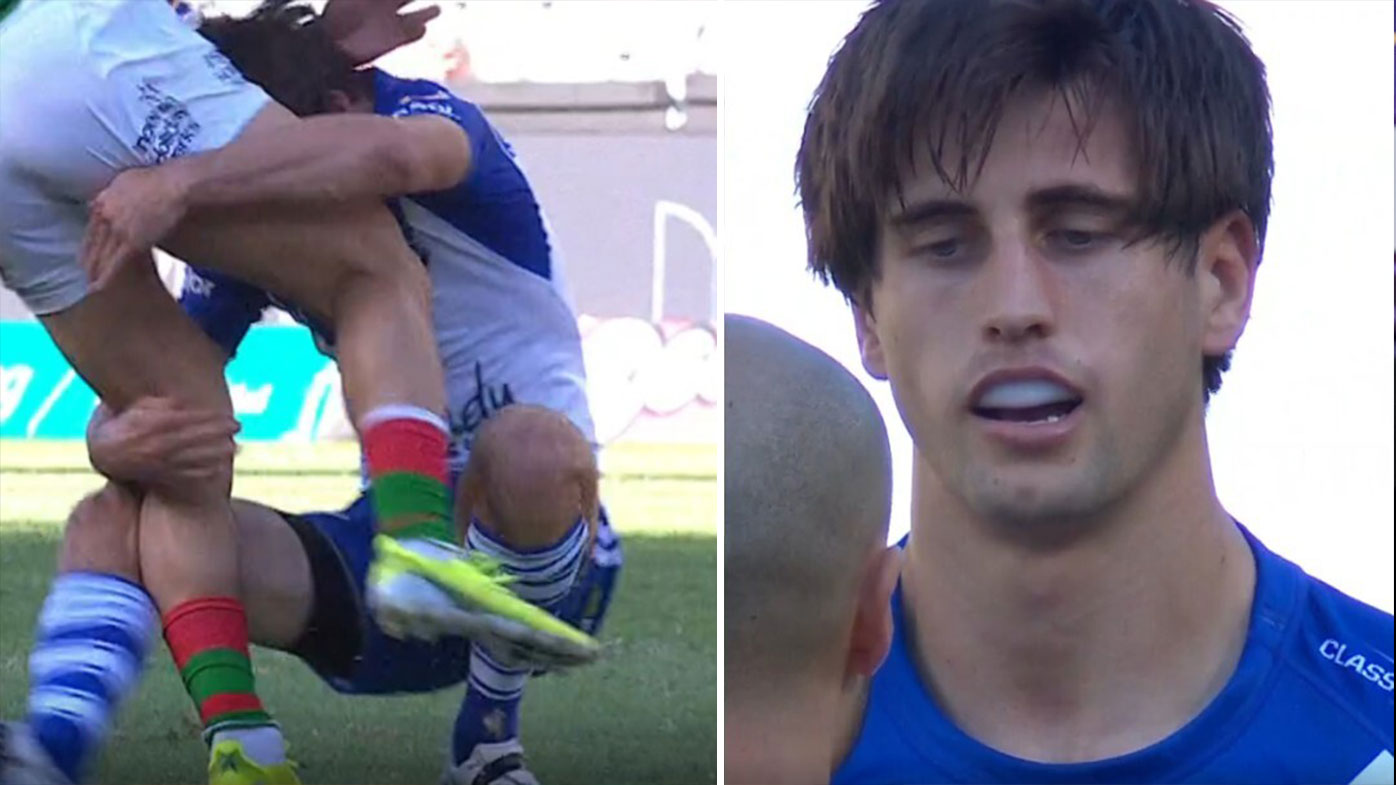 Even Canterbury coach Trent Barrett conceded that Lewis should have left the field immediately.

“Yeah, I think he should have come off. We realised that and we thought that, so we’ll sort that out,” Barrett said in his post-match press conference.

“He probably should have come straight off.”

“I’ve got to be honest, I’m surprised he’s still out there.”

Lewis failed his HIA and was therefore not allowed to return to the field.

The Bulldogs’ worrying handling of the situation came within a week of the NRL introducing the 18th-man rule for round five and beyond, whereby a team can substitute a concussed player for an 18th man after three teammates fail an HIA.

The Rabbitohs cruised to a 38-0 victory over the Bulldogs in the Good Friday match.