St Kilda’s injury woes have gone from bad to worse, with star midfielder Jade Gresham hurting his Achilles against Essendon.

St Kilda’s injury woes during the 2021 season have gone from bad to worse, with star midfielder Jade Gresham hurting his Achilles against Essendon.

The incident occurred during a centre bounce in the second quarter when Gresham bent over to grab the ball before falling to the ground in a heap while the play carried on.

In obvious pain, Gresham was attended to by St Kilda’s doctors but took several minutes to eventually exit the field of play before he was subbed off for Ben Long.

The 23-year-old’s fate was confirmed at half-time when he was spotted on crutches and already in a moon boot. 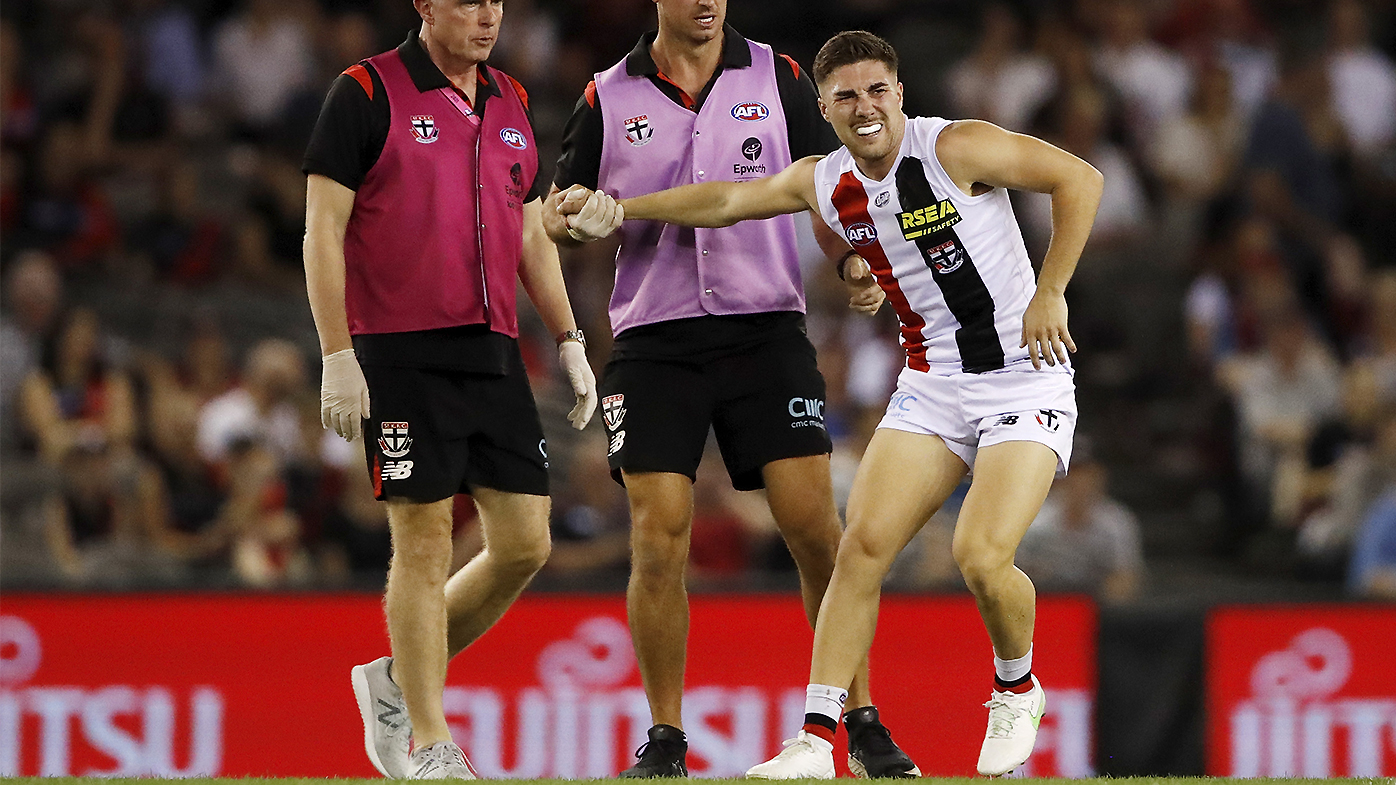 “I hope that’s not an Achilles because he just grabbed at it … That’s one of the worst injuries you can have.”

The injury to Gresham comes at an awful time for both he and his club after he averaged 27.5 disposals in the first two rounds of the season.

Gresham will join skipper Jarryn Geary and veteran midfielder Dan Hannebery on the sidelines, with star ruckman Rowan Marshall closing in on a return.