NRL Round 4 tips: Andrew Johns is all-in on the Titans to spring an upset in an unexpected show-stopper as they ride a hot streak.

Andrew Johns and Brad Fittler have picked the Titans to jag a minor upset this weekend, picking them to compound Ricky Stuart’s misery after the Raiders were stunned by the Warriors on Saturday in a match that was overshadowed by a forward pass controversy that turned the result.

Picking their winners for Wide World of Sports’ Freddy & Joey’s Tips, Johns said the Titans “are flying” on the back of strong form from their two star recruits, David Fifita and Tino Fa’asuamaleaui.

“Big Tino and David Fifita absolutely killed them,” Johns said in reference to their outstanding performances in last week’s thumping 44-8 victory over the struggling Cowboys. 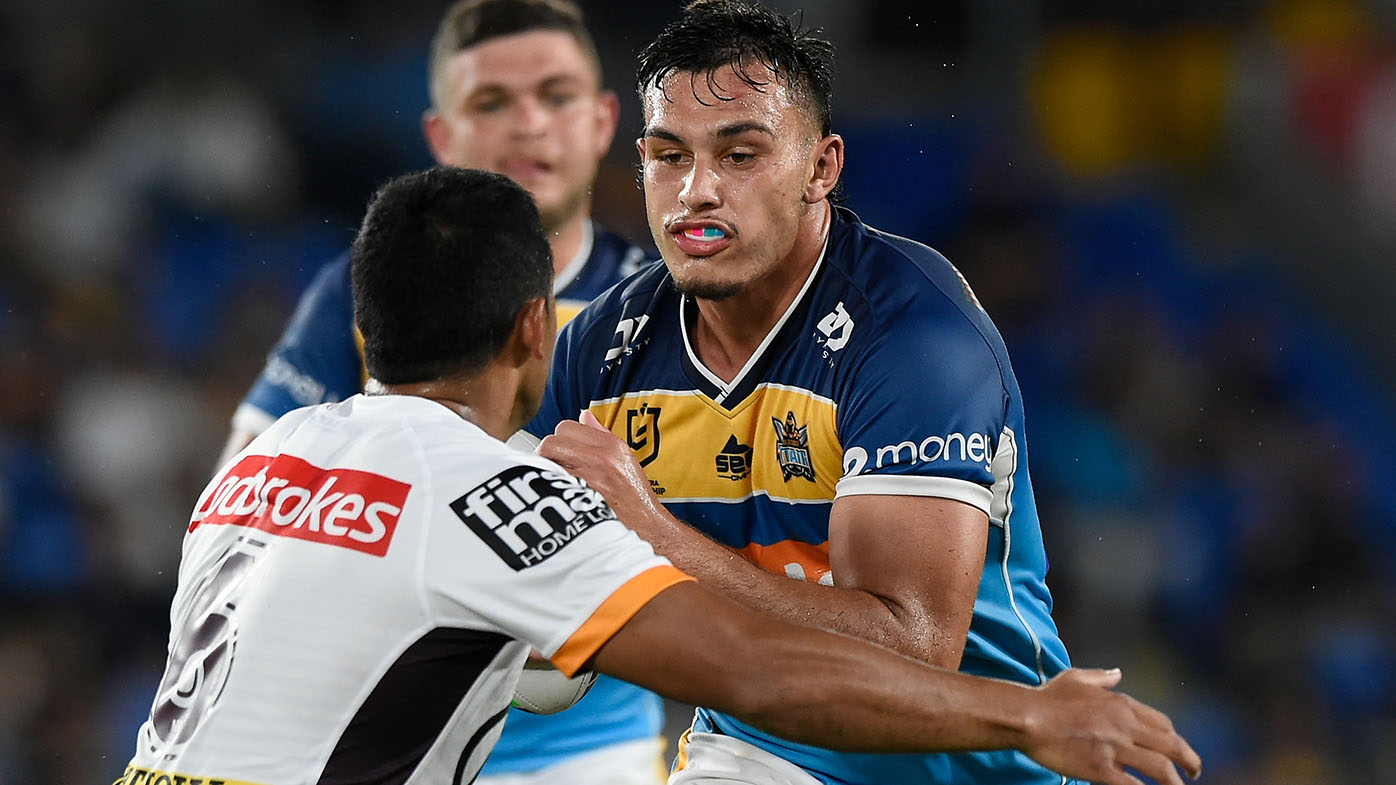 The Titans sit fourth on the ladder going into Round 4 after two big wins over their two Queensland rivals, putting them above the sixth-placed Raiders who also have a 2-1 record.

Yet, Fittler was cautious with his prediction that the Titans would continued their winning streak, remembering the shortcomings that were exposed in the side by the Warriors in Round 1.

“It’s hard to get a read,” Fittler said. “They killed Brisbane and killed the Cowboys, who haven’t started the season well. And the Warriors beat them in the first game, so it’s hard to know what level they’re actually at.

“Sometimes I watch them and I deadset think they’re a top four team, up against the Raiders this week who’ve got players coming back.”

Scroll below for the current leaderboard and Round 3 tips by Johns, Fittler and all Nine’s expert tipsters! 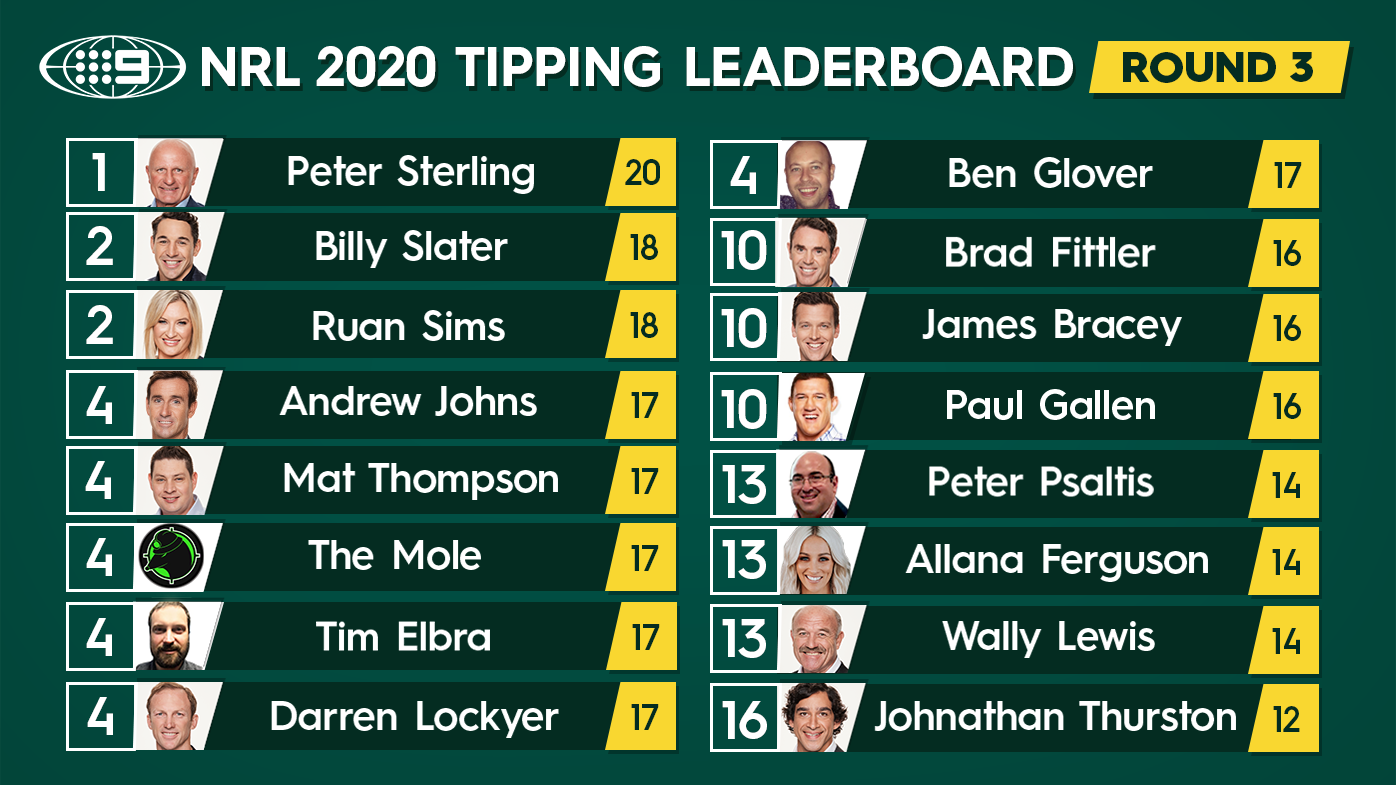