Sam Walker is yet to make his first grade debut, but he’s already put his stamp on the Sydney Roosters.

The injury crisis that’s hit the Sydney Roosters has thrust rookie Sam Walker into a leading role, but it’s a position he’s more than capable of filling.

That’s the view of New South Wales captain James Tedesco, who gave a remarkable insight into how Walker has stepped up this week, ahead of his debut against the Warriors on Sunday.

With Luke Keary and Lachlan Lam both injured in last weekend’s loss to Souths, 18-year-old Walker has been named alongside the unheralded Drew Hutchison in the halves for the Roosters, although the expectation is Hutchison will play hooker and Joey Manu will partner Walker. 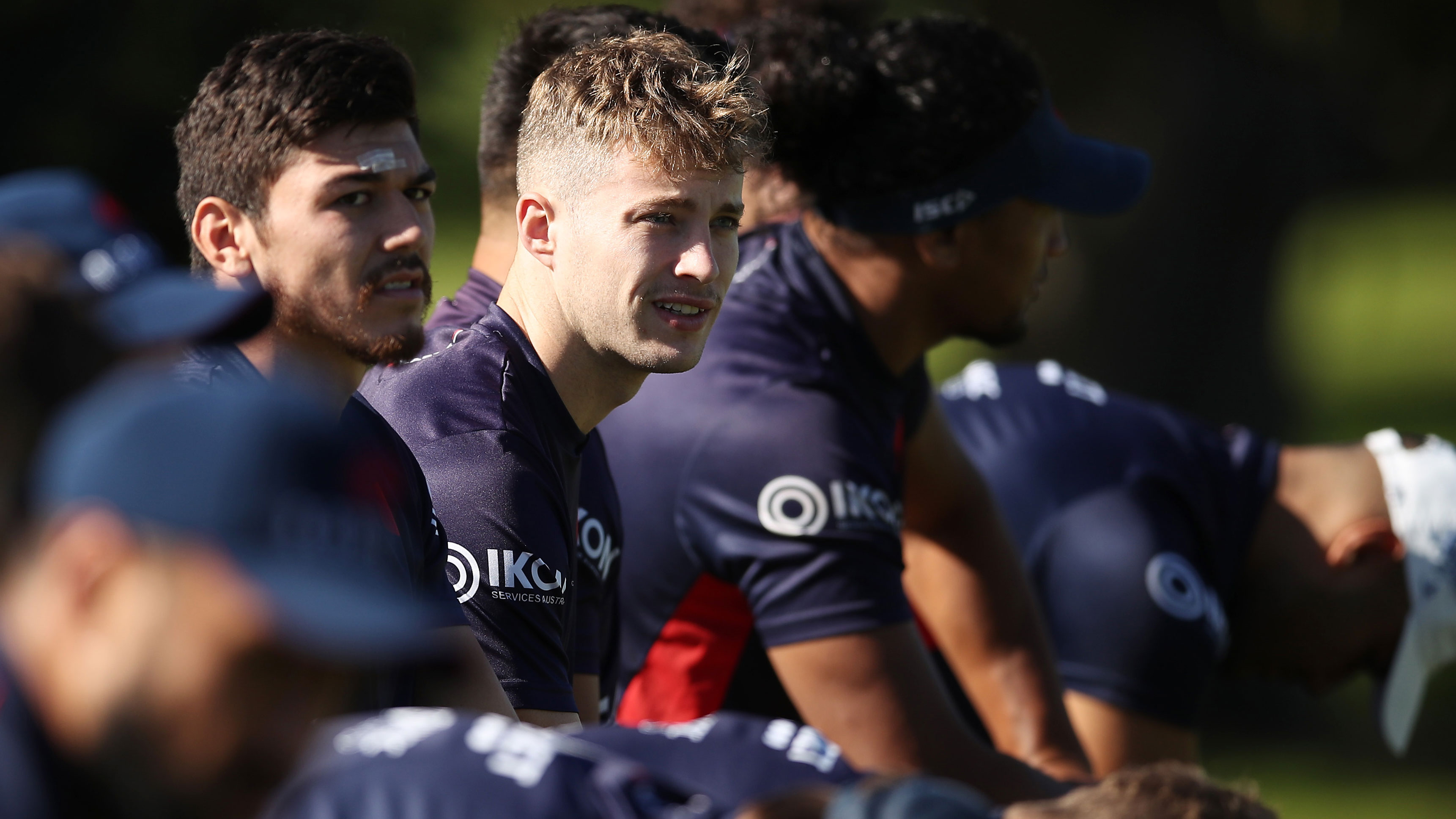 The Roosters haven’t lost consecutive regular-season matches since Rounds One and Two last year, but Tedesco says any thoughts that Walker isn’t ready to lead are wide of the mark.

“He actually got up and told us how we were going to play, he presented in front of our team and for an 18-year-old to do that, it takes some courage,” Tedesco told SEN.

“We’re all excited to have him on board and we know it’s going to be hard to do what Keary’s done for us, but we’re excited about him developing and becoming our man this year.”

The Roosters’ chances of a 16th title, and third in four years, have taken a huge hit with Keary’s ACL injury sidelining him for the rest for the season.

With Lam also out for at least a month, and co-captains Boyd Cordner and Jake Friend joining them in the stands due top concussion issues, the club’s depth will be severely tested.

“It’s devastating for us and for Luke,” Tedesco said.

“No-one wants to have a season-ending injury and we came in on Monday a bit down.

“But we sort of tried to flush it as best we could and get excited about having Sam Walker come in.

“I know there’s a lot of excitement that’s built up about him, he’s such an awesome player and he’s been training the house down in pre-season, he’s got his opportunity a bit earlier than we thought.”

Touted as the best teenage talent since Kalyn Ponga, Walker signed with the Roosters at the age of 16.