Tim Tszyu is now well and truly his own man – but apparently not in the eyes of Mother Russia, given its fight reaction.

Tim Tszyu is now well and truly his own man – but apparently not in the eyes of Mother Russia.

The super-welterweight star finished Dennis Hogan inside five rounds on Wednesday night in Newcastle, again marking himself as a world class talent.

Yet this was how the official Twitter account of the Russian embassy in Australia marked the moment: mistakenly calling Tim Tszyu ‘Kostya’, the name of his boxing icon father.

Kostya, who lives in Moscow and doesn’t attend his son’s fights, wrote on Tim’s Instagram page after the Hogan stoppage: “Love you and so proud.”

Tim Tszyu’s manager Glen Jennings said that his charge was no longer in his father’s shadow.

“There were some time early in his career where Tim was heavily compared to his father — that wasn’t fair but it was normal. We expected that,” Jennings said.

“He’s grown out of that now. Tim’s his own man. The media and everyone address him as Tim, not Kostya’s son.”

Yet Tszyu is marking himself against his dad to some degree, saying that he would not be satisfied until he was a dominant world champion.

“My dad was an undisputed world champion for 10 years, what have I done?” he said.

“Again, give me a few years. I’ve got a long way to go, my comparisons and my goals are out of this world and that’s what I’m going to be striving for.” 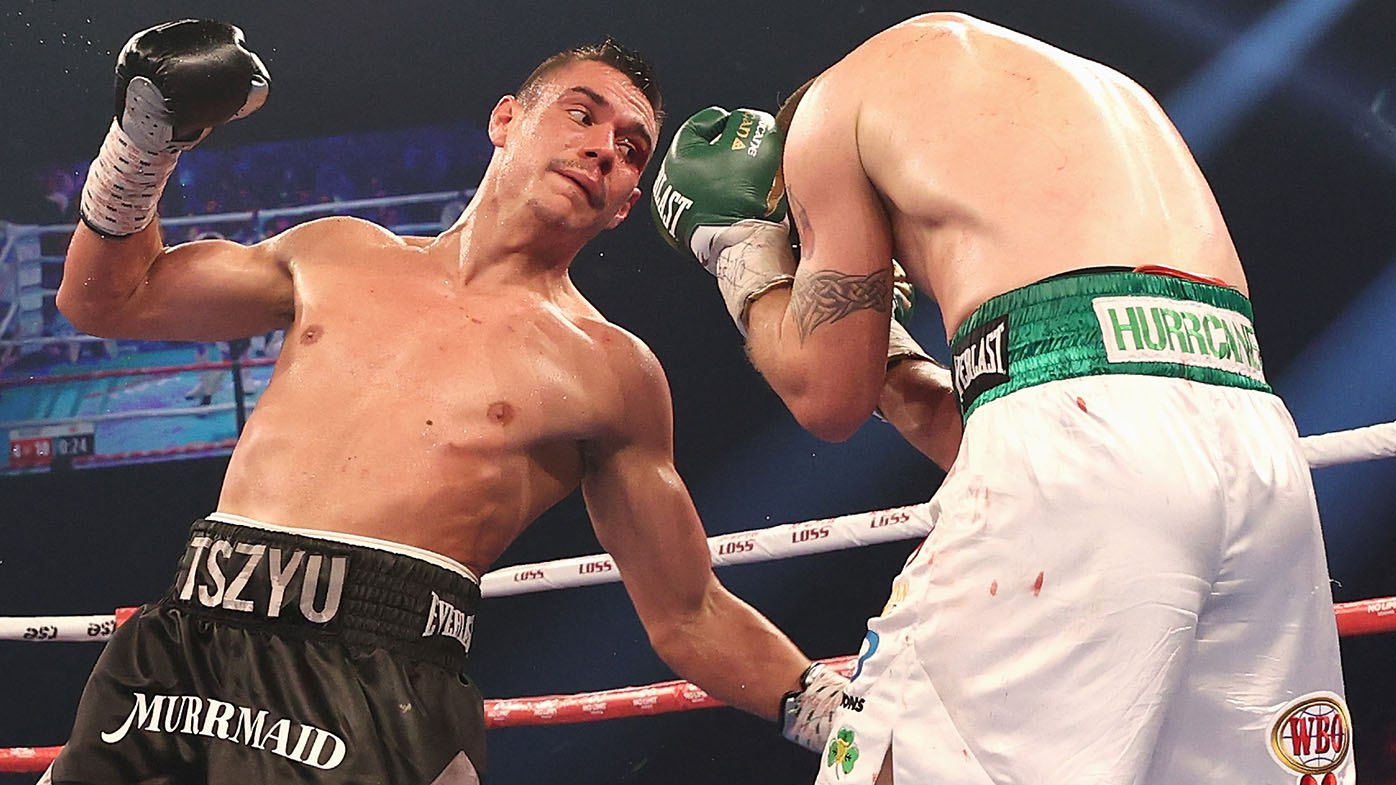 Tim Tszyu most pointedly addressed his father’s shadow after knocking out former world champion Jeff Horn last year, saying post-fight: “I just want everyone to know that my name’s Tim. Not the son.”

He later told the TODAY show: “People are always saying I’m getting opportunities because of one reason and that’s my last name and that I haven’t proved myself.

“But I just had to say that I am my own man and I have accomplished stuff that my last name hasn’t given me. It’s Tim Tszyu at the end of the day.”

He addressed any notion of a rift with his dad when speaking to Wide World of Sports before the Hogan fight, with Kostya having left his wife and children to move back to Russia 10 years ago.

“I was never against him,” Tszyu said. “The main thing I wanted for my dad is just to live a low-key life and to be happy.”