Collingwood is in for a ‘brutal’ review after bumbling an eight-point lead in the final quarter against the Brisbane Lions.

Collingwood has been heavily criticised for its approach late in the final quarter against the Brisbane Lions after being pipped at the final siren.

Despite holding an eight-point lead both at the final change and in the dying minutes, the Magpies were left to rue what could have been after Zac Bailey’s game-winning goal.

While it was an impressive performance overall from Nathan Buckley’s side, a host of AFL greats criticised the Magpies for going into their shell and attempting to save the game in the final minutes. 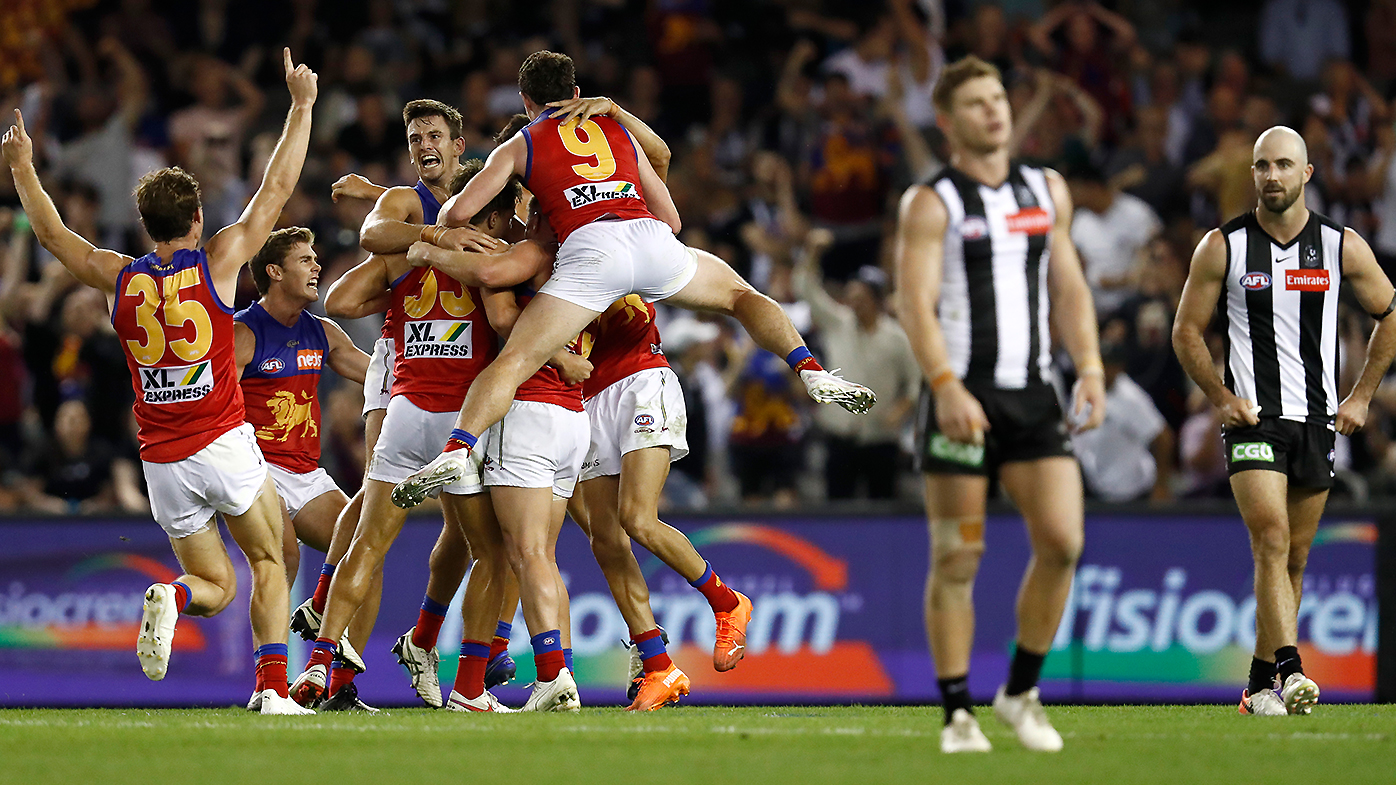 “They tried to save the game in the last few minutes,” Geelong premiership star Cam Mooney added.

“As players, you know when a team is coming and you know a team is going to throw everything at you, but you’ve still got to go and still got to play footy. They stopped playing footy altogether.”

Former St Kilda star Nick Dal Santo criticised a number of Collingwood players for going backwards in the dying minutes instead of trying to win the territory battle.

“We were upstairs watching it and the amount of times they went backwards,” he said. “We understand why, you’re trying to maintain possession but you lose yardage. What we’ve learned out of this, and hopefully both teams have, game scenarios, knowing what to do in those critical moments, that’s what the best teams do.”

“The last 20 minutes, if you look at both teams in isolation, Brisbane played to win.,” Saints icon Nick Riewoldt added.

“They played with a lot more dare, now a lot of that is because they were chasing.

“This review is going to be brutal for Collingwood. All the opportunities Brisbane squandered, they came off the back of Collingwood mistakes.

“They shouldn’t have given that game up.”