An NCAA match was immediately halted as a referee suddenly collapsed during the first quarter.

A referee has collapsed on court during the opening stages of an NCAA Elite Eight basketball match in Indiana.

Just over four minutes into the game between USC and Gonzaga, Bert Smith became unsteady on his feet, before collapsing backwards onto the court. Another official immediately blew his whistle to stop the match. 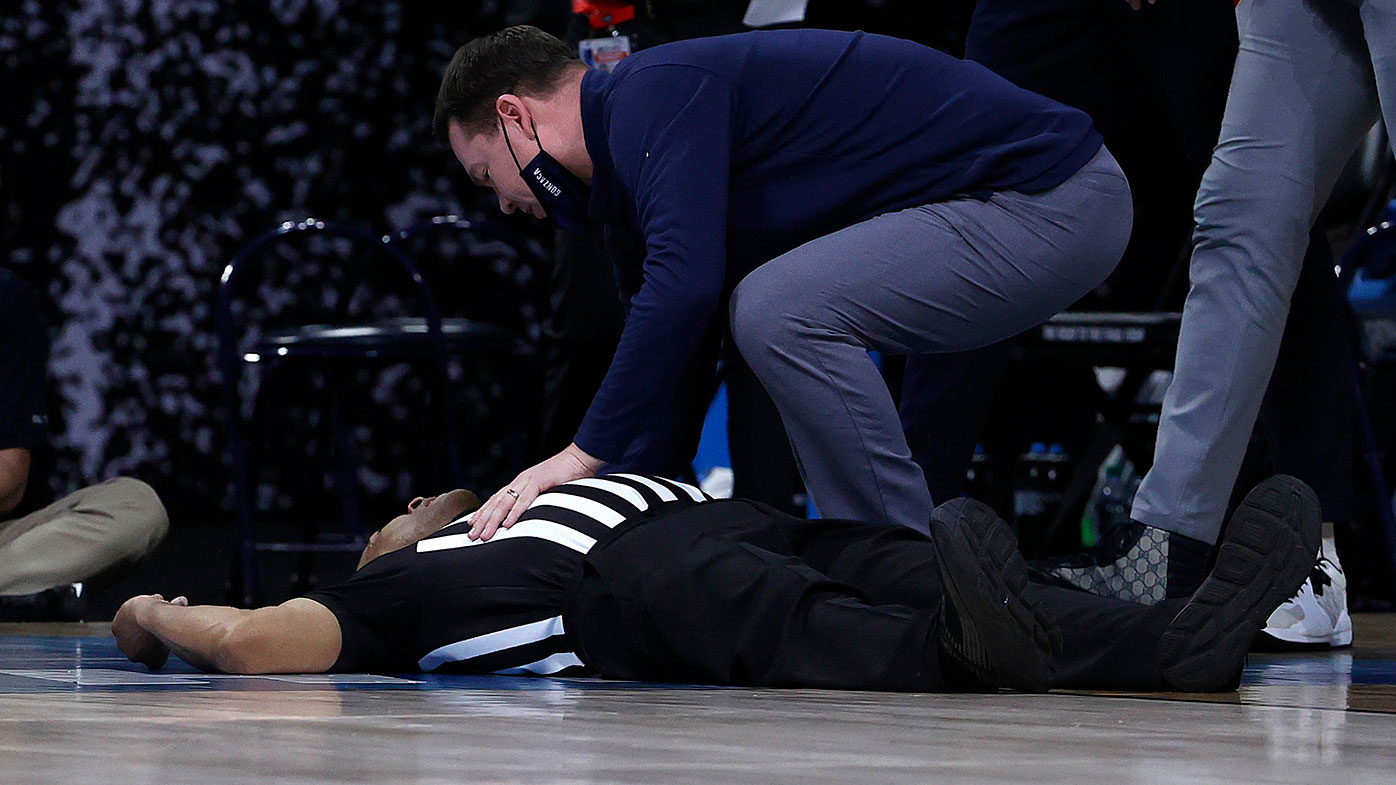 In distressing scenes, Smith lay prone on the court while medical staff from both teams attended to him.

The Lucas Oil Stadium in Indianapolis was a quarter full for the match, with the crowd watching on anxiously as Smith was treated. However, the confronting scene played out in front of millions of TV viewers. The final stages of the NCAA tournament are hugely popular, with an average audience of more than 10 million viewers common. 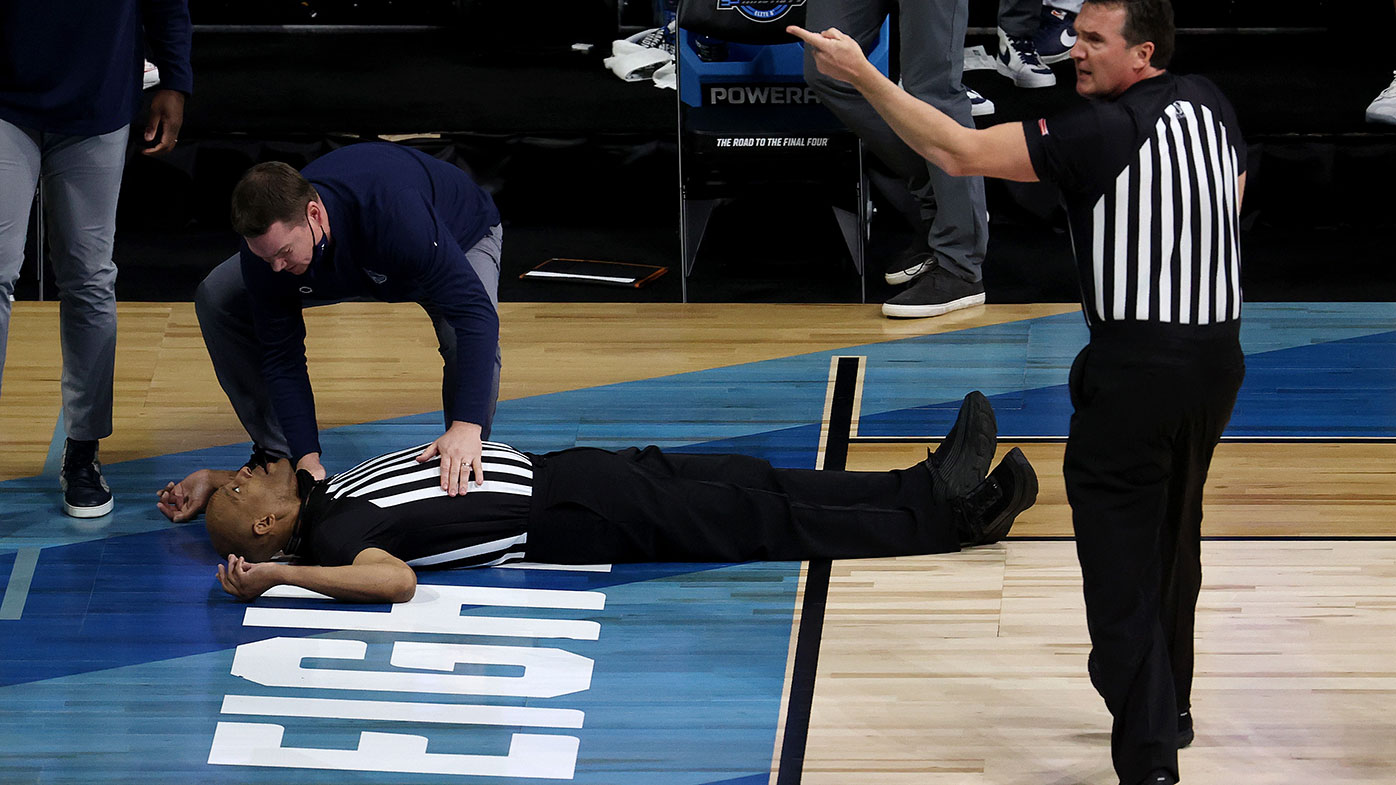 Within minutes Smith was conscious and talking to the medical staff, and able to sit up.

He was taken away on a stretcher, with a replacement referee taking his place for the remainder of the match.

Smith, who hails from Kentucky, is a long-time NCAA referee.

“I love being part of the game,” Smith told referee.com.

“The arrival at the arena, the pregame, being with various partners, the competition, the players, coaches, ambience, the focus and concentration needed on each possession.

“It allows me the privilege to do something I love, being part of the greatest game, men’s college basketball. I also love the fact that no game is ever the same and allows us the ability to make constant improvement.” 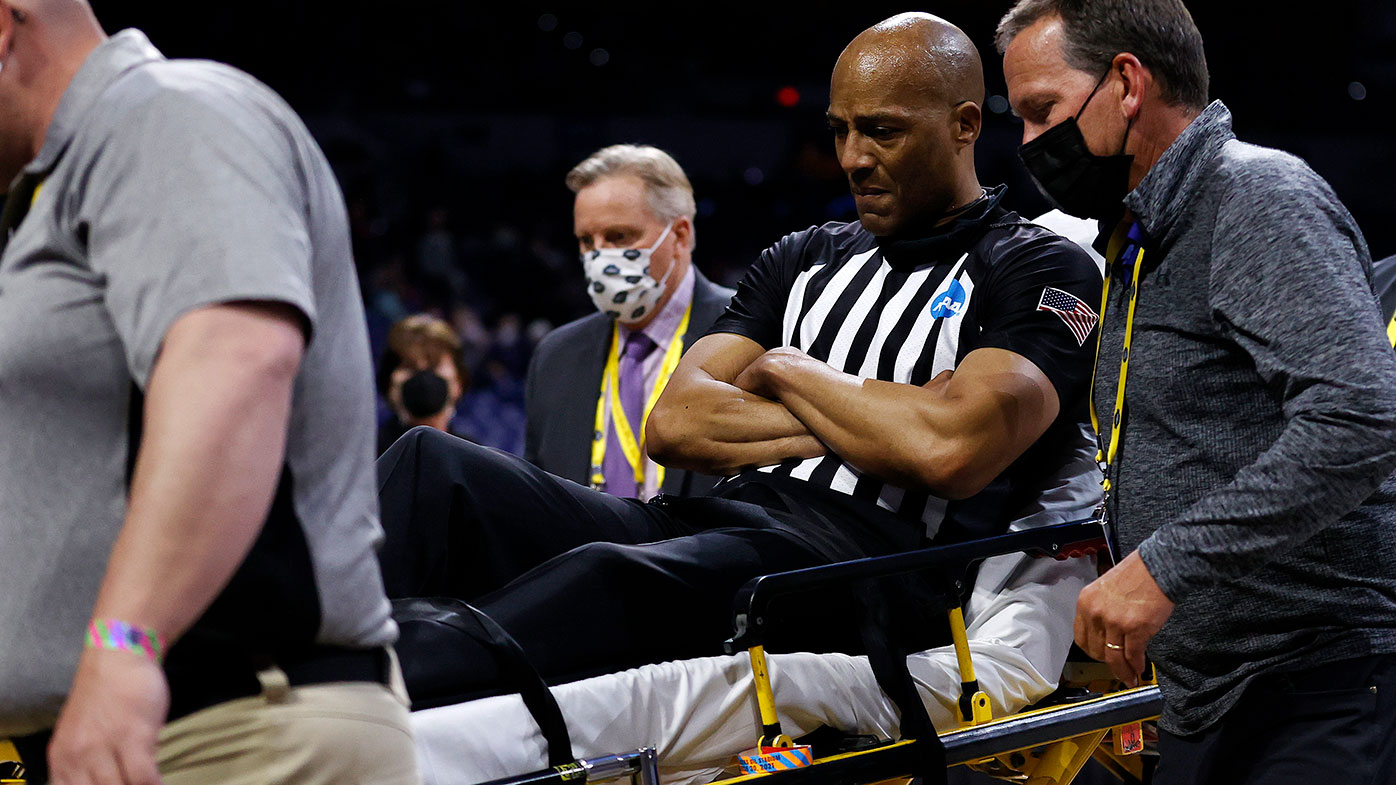