Graham Annesley admits the NRL got it wrong over a controversial pass in the Warriors’ comeback win over Canberra.

Football boss Graham Annesley admits the NRL got it wrong over a controversial pass in the Warriors’ comeback win over Canberra which was forward.

Raiders fans were furious that a contentious ball from Kodi Nikorima which saw Ben Murdoch-Masila cross over for a four-pointer was allowed to stand.

The try was a pivotal moment in sparking a 21-point comeback from the Warriors, the largest in club history – prompting fuming Raiders coach Ricky Stuart to refuse to answer any questions in his post-match press conference. 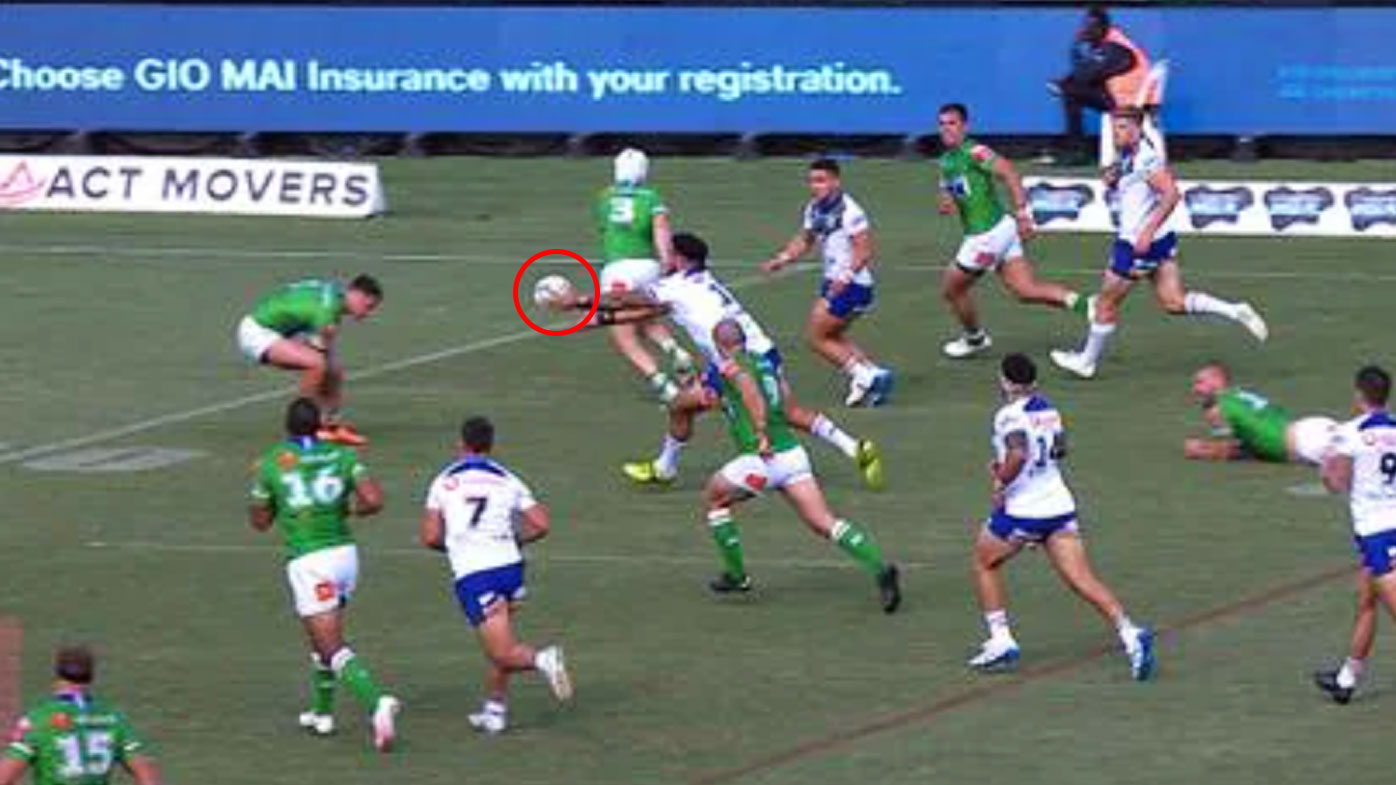 “There was a fair bit made of the fact that the referee stops,” Annesley said.

“You can see Perenara and he does stop. I haven’t spoken to Henry Perenara, that’s the job of Jared Maxwell. It may well be that Perenara has stopped to get out of the way because the ball was coming back his way from the pass.

“We’ve had this discussion before about camera angles and forwards passes, I’m not going to go down that path again.

“This decision is being reviewed by the referees’ department and Jared Maxwell and they believes it’s a forward pass. So, you know we put our hands up on this one.

“Camera angles can be deceiving at times, there are some factors that probably exaggerate the look of it, but I’m not going to stand here and pretend it wasn’t forward.

“On the evidence available the referees’ department has determined it was a forward pass.”

Annesley said he hadn’t spoken to Raiders coach Ricky Stuart about the incident, but that Jared Maxwell had.

Stuart stormed out of his post-game press conference without answering a question, alluding to his frustration with several calls in the match.

“They are matters I’m not directly responsible for … from what I’m told, those matters are still being looked into.”