Haas Formula One driver Nikita Mazepin made headlines for all the wrong reasons prior to his debut at the Bahrain Grand Prix, but things were no better for the 22-year-old once the on-track action started.

His qualifying session was notable for two spins, which he blamed on a brake issue, while he also earned the ire of four-time champion Sebastian Vettel for breaking a ‘gentleman’s agreement’ as the drivers prepared for their final hot-laps.

Mazepin passed Vettel on the back straight immediately prior to the start of the qualifying lap, ignoring the convention that drivers hold position. Making matters worse, Mazepin then spun at the first corner, hindering Vettel’s lap.

The race was no better for the Russian, with his car in the barriers just a matter of seconds after the lights went out. 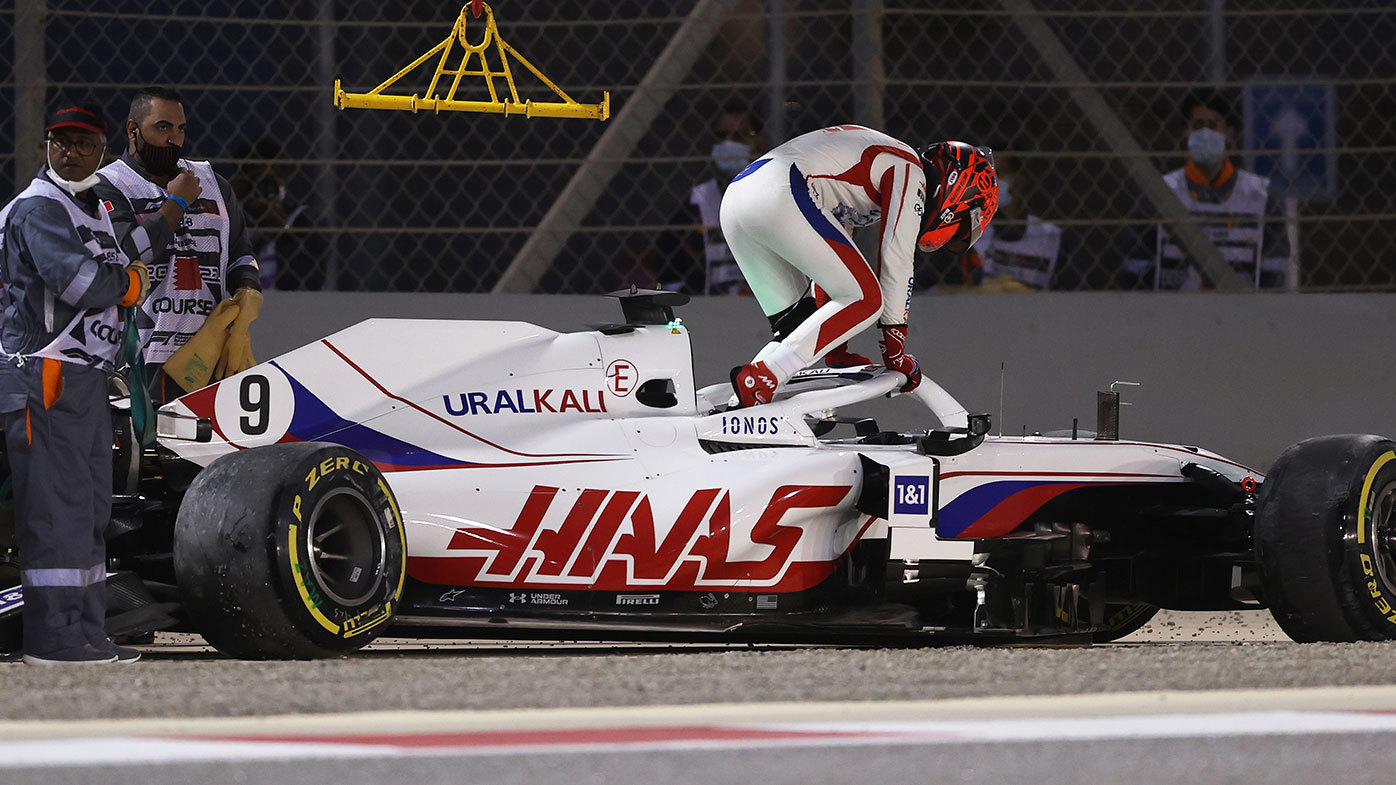 As he accelerated out of turn three, Mazepin simply lost control and speared into the fence, although fortunately the only injury was to his pride.

“There’s absolutely no point in flying off the road when you’re in the slowest car on the grid,” Martin Brundle said on Sky Sports.

“You’ve got to just navigate the first few corners.

“He got a bit trigger-happy with the throttle and went off and had his own accident.”

The 22-year-old was contrite after the race, accepting the blame, although he’s already earned the less-than-flattering nickname ‘Mazespin’ after his inauspicious debut. 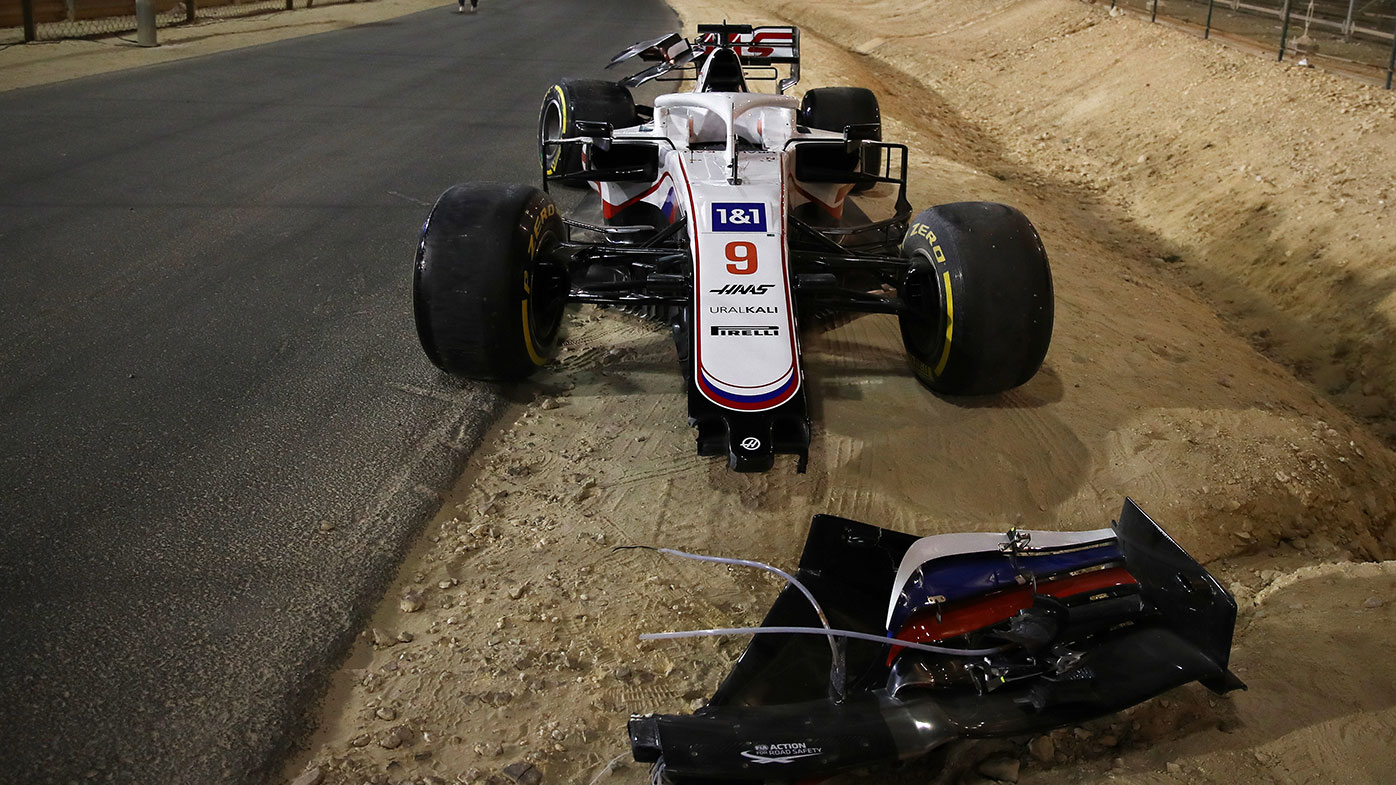 “Well, very simple, made a mistake, the tyres were cold, I got on the kerb and took too much throttle and spun,” he said.

“Obviously you learn a lot through the days and you have your ups and downs and today is one of the biggest downs but that’s life.”

Mazepin has been at the centre of much controversy in the months leading up to his debut. He was forced to apologise after an “abhorrent” video surfaced of him groping a woman in a car. 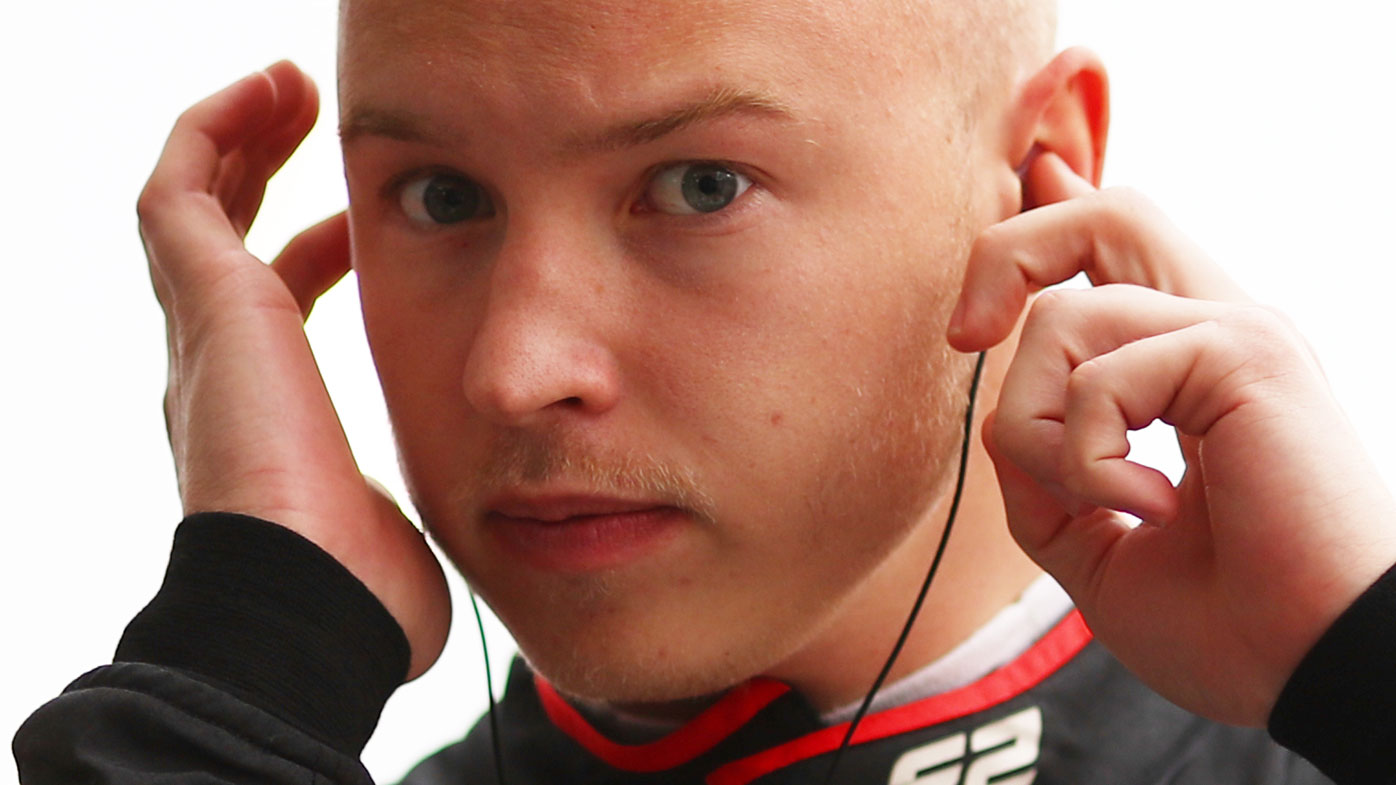 The son of a Russian billionaire, Mazepin brings a load of cash to the Haas team, making it difficult for the team to come down too hard on the F1 rookie.

He finished fifth in last year’s F2 title but his shame file is lengthy, dating back to an F3 race in 2016 where he punched a fellow driver in the face, earning him a one-race suspension.