Ash Barty seems to enjoy getting pushed to a deciding set. The top seed has moved into the Miami Open quarter-finals.

By AP — Ash Barty seems to enjoy getting pushed to a deciding set.

The top seed from Australia moved into the quarter-finals of the Miami Open on Monday, holding off 14th-seeded Victoria Azarenka of Belarus 6-1 1-6 6-2 in a match-up of past Miami champions — plus one where the current world No.1 topped the former world No.1.

It was Barty’s second win of a three-setter so far in this tournament and she improved to 17-3 in her last 20 matches that have gone the distance. Barty will next face No.7 seed Aryna Sabalenka or No.19 seed Marketa Vondrousova, who were scheduled for a fourth-round match later Monday (local time).

It was Barty’s ninth consecutive win at the Miami Open — going back to her 2019 title march as the No.12 seed. Azarenka is a dual Australian Open winner who played last year’s US Open final. 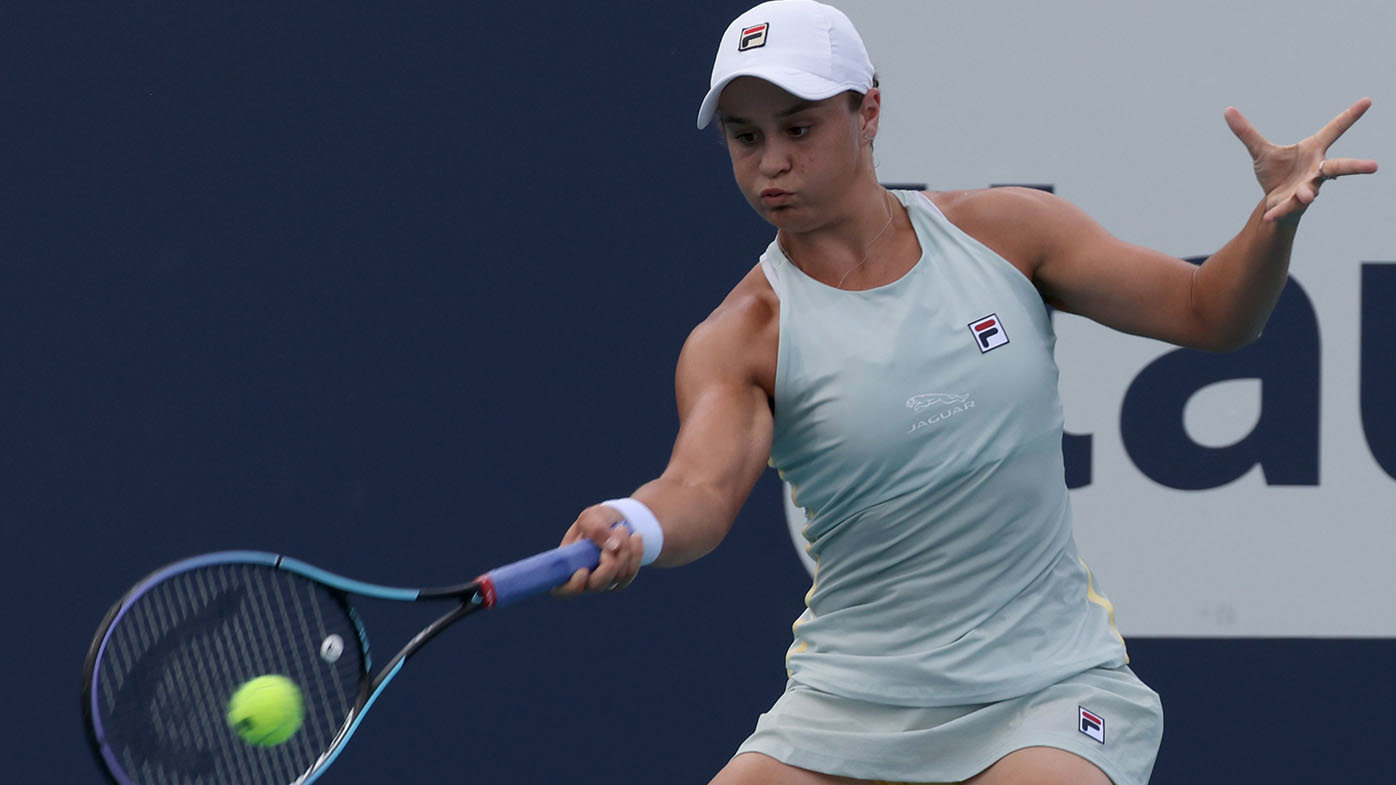 Barty controlled the first set by breaking in the fourth game to take control and win 6-1. For Azarenka, a three-time Miami champion, turnabout was fair play in the second.

Azarenka broke for a 2-0 second-set lead when Barty pushed a forehand into the net in the ensuing game, prompting the three-time Miami champion to pump a fist and get a smattering of applause from the largely empty grandstand — with coronavirus protocols limiting the crowds at the tournament to a sliver of their usual size.

Azarenka quickly got down 0-40 in her next service game, then escaped and rolled through the rest of the set.

But the third was all Barty, who never got in trouble and finally finished Azarenka off after 1 hour, 52 minutes.

Also Monday, 12th-seeded Milos Raonic of Canada topped 20th-seeded Ugo Humbert of France 6-4 7-5 in a third-round match-up, and Marin Cilic of Croatia — the 2014 US Open champion — defeated Italy’s Lorenzo Musetti 6-3 6-4 to move into the men’s fourth round.

Cilic’s best showing in Miami was a trip to the quarter-finals in 2013.