Cowboys hardman Josh McGuire has unleashed on his own team after they copped a 44-8 hiding from the Titans.

North Queensland Cowboys hardman Josh McGuire has unleashed on his own team after they copped a 44-8 hiding from the Gold Coast Titans.

The former Maroons State of Origin enforcer was livid after the Cowboys’ third consecutive loss to start the season, which followed defeats to the Panthers and Dragons.

“We have a soft underbelly at the moment,” McGuire told Fox League.

“We have no steel under tough circumstances. We just fold and it’s becoming embarrassing. 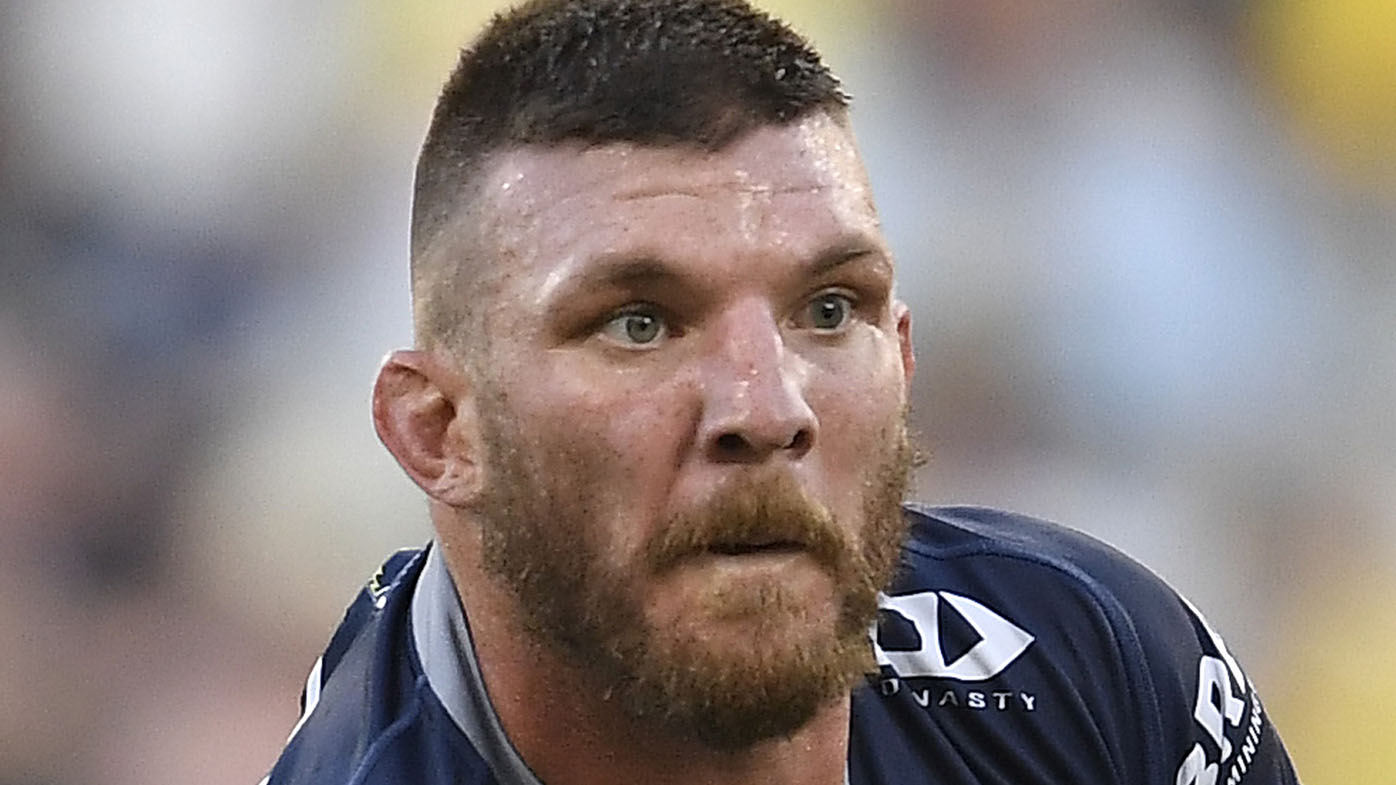 “There are glimpses of attacking footy there, but then you just undo it all with poor effort. It’s frustrating, it’s so frustrating.

“We’ve got to find something.

“It’s been the same f—ing stuff for three years.

“I’m just over it and we’ve got to fix it. It’s just not good enough.”

The Cowboys’ early-season pain has been compounded by the touted medical retirement of champion playmaker Michael Morgan, with the 2015 premiership hero’s shoulders continuing to torment him.

Todd Payten’s men are also without Dally M Medallist lock Jason Taumalolo, who hasn’t played since Round One due to a broken hand suffered at training.

Payten has not been afraid to rinse his squad publicly, despite still being early on in his tenure as the Cowboys coach, slamming their efforts in press conferences and even blatantly ripping Taumalolo’s opening-round performance.

The Titans’ victory marked their first win in North Queensland since 2012, when they beat the Cowboys 18-0 in the first round of the season.

McGuire and the Cowboys will hope to end their winless start to the season when they face the Cronulla Sharks at Sunshine Coast Stadium in their Round Four clash next Saturday.