The Broncos have notched their first win for 2021, and their first of the Kevin Walters era, in a 24-0 run-over against the Bulldogs.

The Brisbane Broncos have notched their first win for 2021, and their first of the Kevin Walters era, in a 24-0 run-over against the Bulldogs.

What was shaping into another dour contest at Suncorp Stadium after both sides remained without a try midway into the second half, was quickly flipped on its head as the Broncos ran riot in a final 20-minute spell.

Fullback Jamayne Isaako was the man to thank as he showcased a piece of individual brilliance to break away and step two Bulldogs defenders to break the match open.

With an ending to their woes in sight, the floodgates opened as Walters’ men piled on three more tries in the final quarter of play to break 259 days without a win. 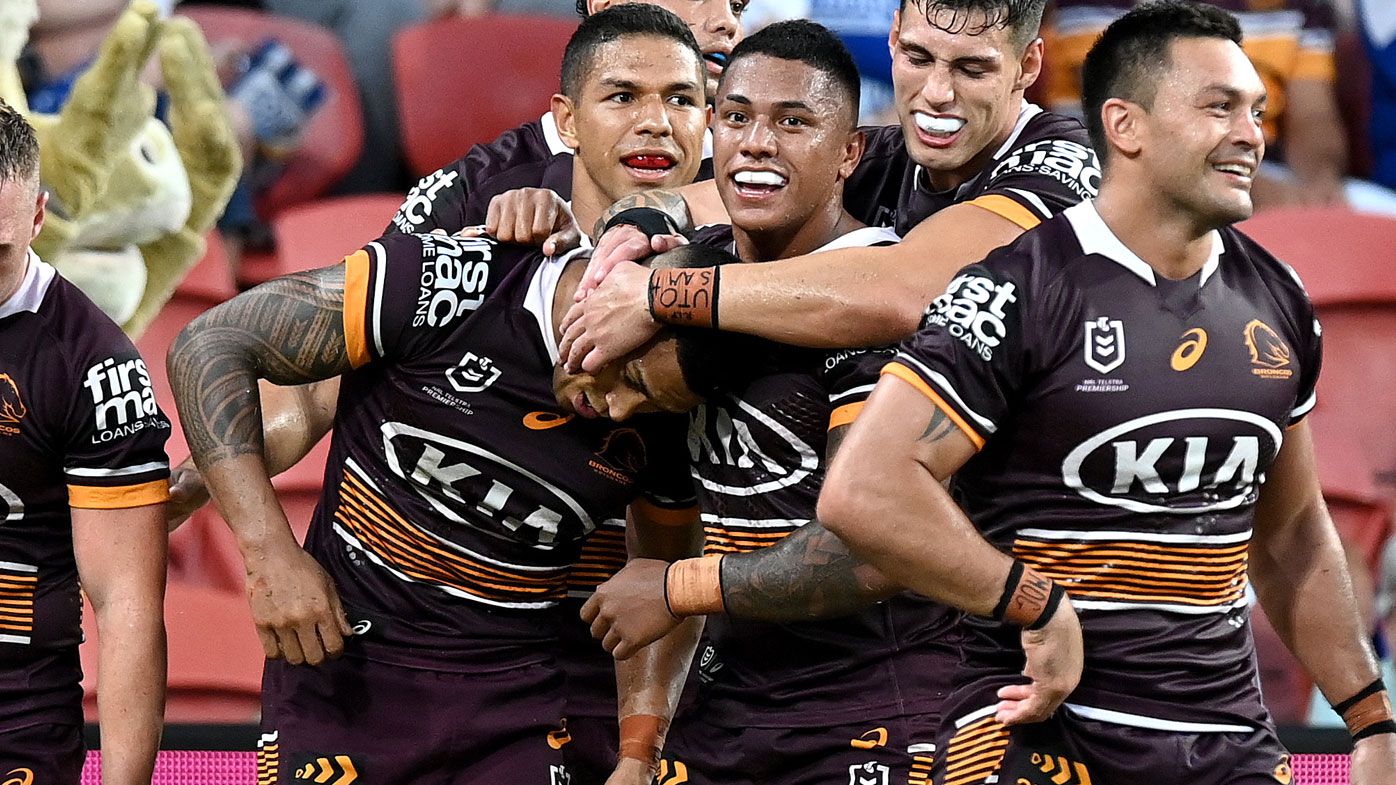 Blossoming winger Xavier Coates bagged a late double in what is fast becoming a fruitful go-to play for Brisbane.

Young halfback Tom Dearden also found himself on the scoresheet, after getting onto the end of a smart kick by Herbie Farnworth.

It was an undoubted proud moment for Walters who soaked up every minute of his first NRL win, alongside his troops and fans at Suncorp.

“It’s honestly a great feeling to get the first win of the season,” an elated Coates told Fox Sports at full-time.

“We obviously struggled a bit, I felt that we were a bit off in the first half. We had a chat and came out in the second half, our forwards got a roll-on and we got on the back of that.

“It’s unreal to get the first win of the season. Kevie had a chat to us about just staying in that arm wrestle, things didn’t seem to be going our way.

“It’s a big weight off our shoulders but we know we’ve got a long road ahead. Hopefully, we can follow off this win streak and show that next week.”

It’s a crucial win for the Broncos who will have their work cut out for them when they come up against reigning premiers the Melbourne Storm next week.