A legend has made a huge call on Lance Franklin’s future as the gun Swan reignited his pursuit of 1000 goals.

Superstar Sydney forward Lance Franklin had such a positive comeback game in the Swans’ 33-point victory over the Adelaide Crows that “he’ll get to 1000 goals easily”.

Those are the words of former Brisbane Lions champion Jonathan Brown, who even jokingly said the four-time Coleman medallist “should have 1200 in his sights”.

Franklin booted three goals from nine disposals in his first match since Round 23 of season 2019, in which he played his 300th game as club greats Jarrad McVeigh, Kieren Jack, Heath Grundy and Nick Smith farewelled the footy world.

Franklin’s three-goal performance lifted his career goals tally to 947 in his pursuit to become just the sixth player in VFL/AFL history to kick 1000 goals. 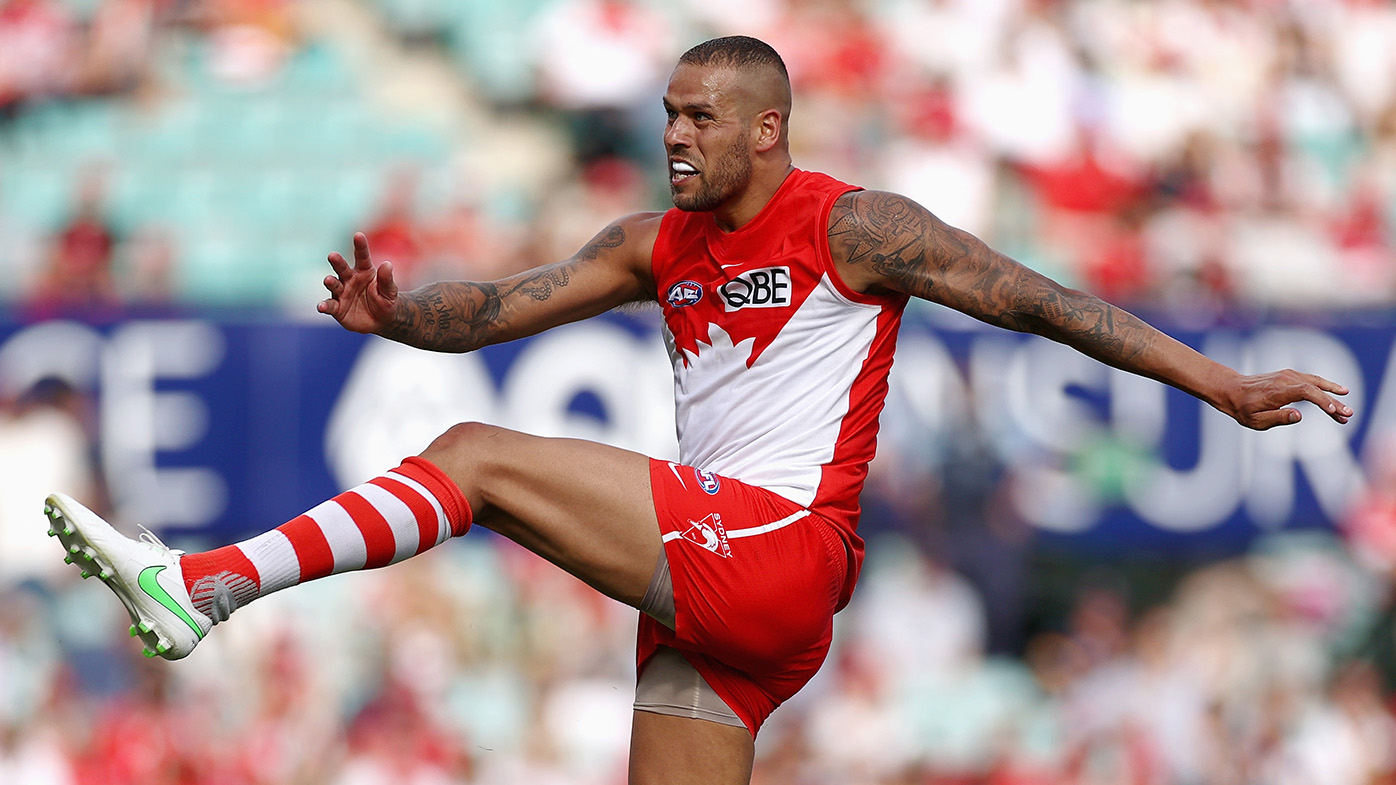 “A thousand goals? I reckon we should be lifting that,” Brown said on Fox Footy’s coverage of the Swans’ SCG win.

Franklin appeared a certainty to reach 1000 goals as he racked up 73 goals in 2017 en route to his most recent Coleman Medal.

But the former Hawk, who’s now in the second-last season of his unprecedented nine-year, $10 million deal, has since had a torrid run with soft-tissue injuries, casting doubt over whether he will bag 1000 goals.

“If he stays on the park he may get it this year, which we’d all love to see,” said former Hawthorn teammate and close friend Jordan Lewis.

“You sort of think that we might see that not too far into the future … This is the story. If he gets there, how long will it take him to get to the 1000-goal club?” 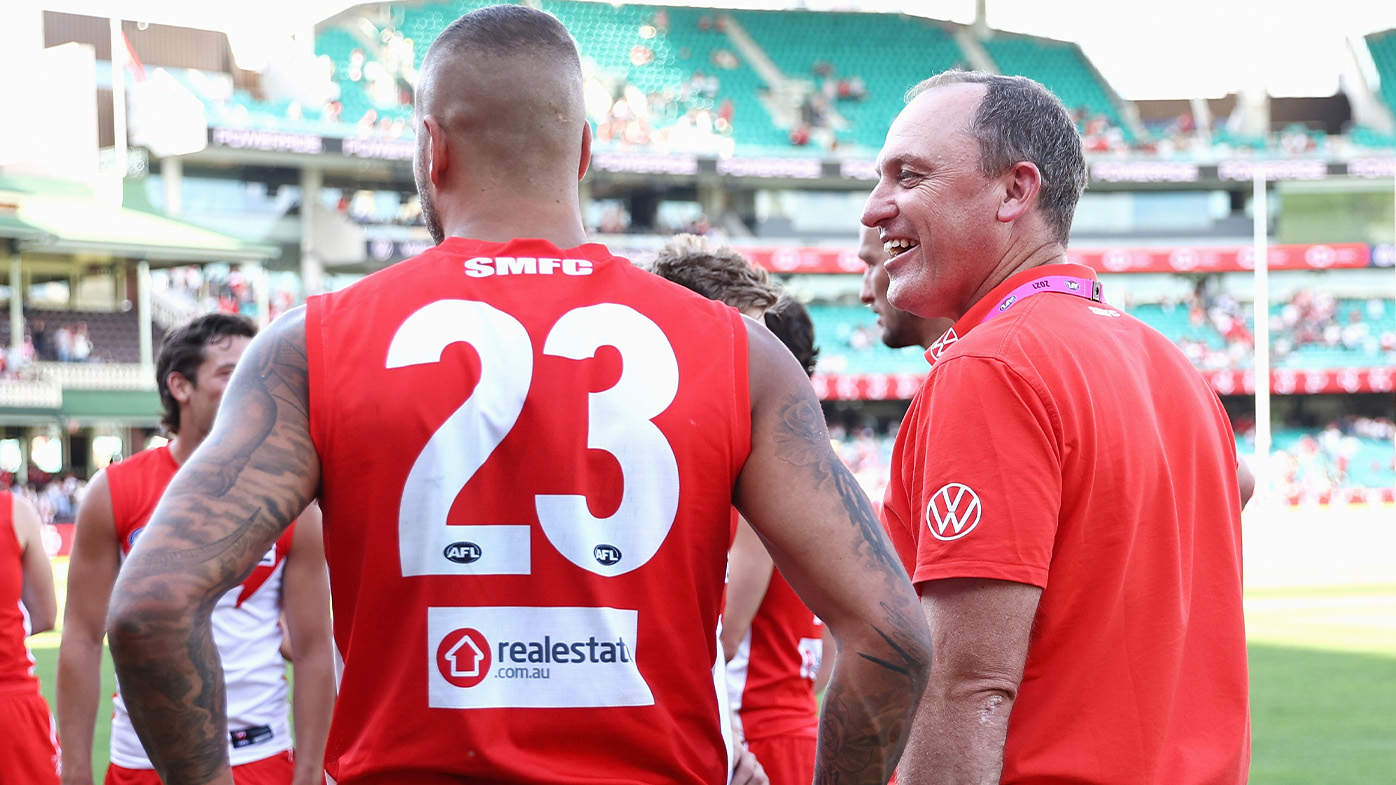 Sydney coach John Longmire used Franklin as a deep forward in the Round Two match, playing the juggernaut Swan primarily out of the goal square as fellow key forwards Sam Reid and Logan McDonald roamed further up the ground.

Defender Jordan Butts was tasked with clamping Franklin and Lewis said he thought the young Crow did a strong job.

Franklin snared his first goal midway through the opening term when he thundered home a set shot from outside 50.

“The big Buddy is back!” commentator Mark Howard said.