In her final W-League game, Rhali Dobson scored the opener then finished her career in unique fashion.

It doesn’t get more memorable than this.

In her final W-League game, Rhali Dobson scored the opener during Melbourne City’s 2-1 victory over Perth Glory, then finished her career in unique fashion.

Dobson ran to the edge of the pitch to celebrate with friends and family at full-time and to see her partner Matt, who has been battling brain cancer.

Before Dobson knew it – Matt dropped the knee and asked the retiring star to marry him.

It was revealed Dobson had asked her partner to marry her twice but both times Matt laughed. After saying yes, she was seen crying with her teammates as they mobbed her on the sidelines.

The 28-year-old, who played for the Matidas once in 2014, told ESPN she is retiring to support her now fiance prepare for radiotherapy to fight the disease. 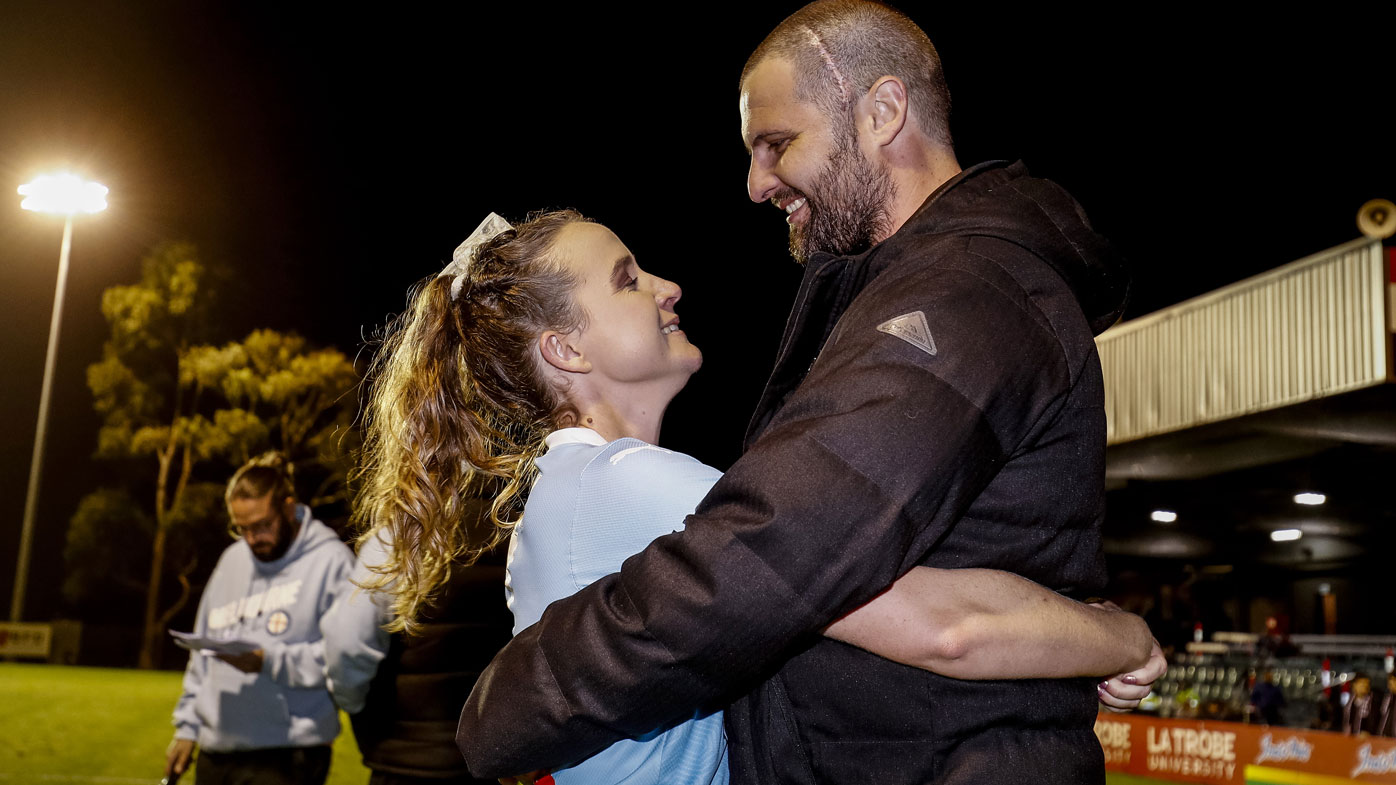 “Matt and I are very open about everything. He was diagnosed with brain cancer six years ago after a seizure on the soccer field when he was playing,” Dobson said.

“He had brain surgery and that was successful and then he elected to stay on just having reviews with oncology after everything went so well the first time. Purely to help out from a research perspective, he’s really good that way.

“He was having a checkup and they noticed a bit more activity in a very small area [of his brain] back in February…Then we got the news two days after I got back down here to Melbourne that the part that they took out — which they got all of, which is fantastic — had transitioned to a grade III brain tumour.

“So, he now starts aggressive radiotherapy until the end of May and then he’ll start aggressive chemotherapy for 12 months.

“We’ve caught things exceptionally early, he’s on the very positive end of the scale because of his age. He had no other signs or symptoms, it was for him a routine check-up.

“This is bigger than the sport. He is my absolute world.”