‘Shambles’ Manly roasted and winless in 2021

Manly have gone winless in their first three matches to start the season after succumbing to a confident Dragons outfit.

The Manly Sea Eagles have gone winless in their first three matches this season after succumbing to a confident St George Illawarra outfit in Wollongong.

Having bagged their first win of coach Anthony Griffin’s reign last week against the Cowboys, the Red V went back-to-back as they kept a cool head to box-out Manly in a 38-12 display.

Doubles to Zac Lomax and Matt Dufty kept the points ticking on the scoreboard, but it was the confidence of skipper Ben Hunt that shone through once more, taking home a bag of assists in his third game back with the captain’s arm-band.

For Hasler’s Manly, it’s a bleak picture. The absence of Tom Trbojevic is undoubtedly causing issues all over the park, but it’s the less than impressive form from skipper Daly Cherry-Evans which should have Silvertails fans more concerned. 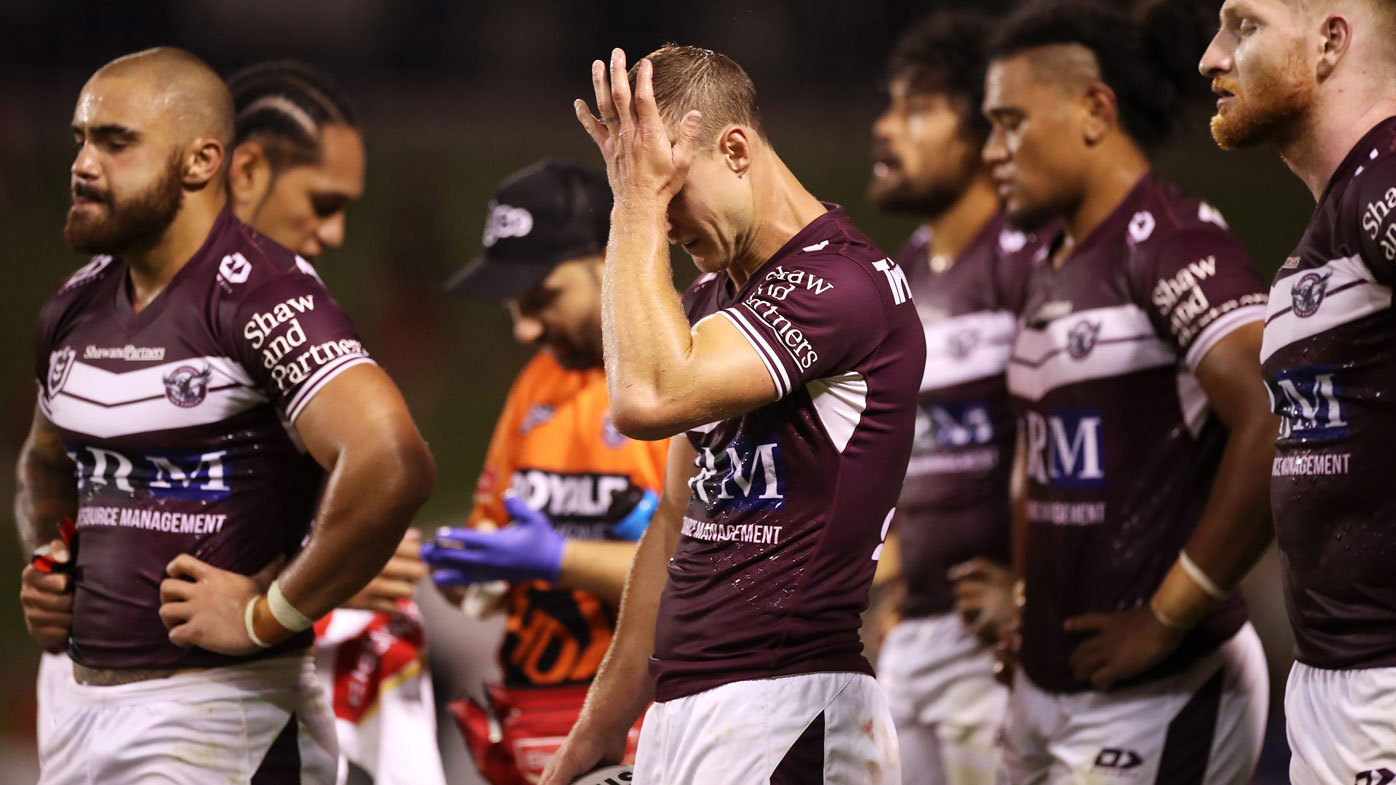 Despite holding a sizeable amount of possession, Manly looked clueless on their fifth tackle options, frequently stuttering on the crucial final play to leave their hard work fruitless.

“I think Manly’s game is a shambles – with and without the football,” NRL great Cooper Cronk said on Fox League.

“They are leaking down their right, the attack of the Dragons went through at will. They had 10 errors and 23 play the balls in the Dragons’ 20m (in the first half) and haven’t come up with much except the Dufty knock-on try (that led to Garrick’s try).

“I think it’s more about Manly and what they are not doing.

“We asked Corey Norman before the game where he was going to pick apart Manly and he said they were off down their right edge.

“He steps up breaks the line himself, then Tariq Sims for Dufty’s try, Ben Hunt goes to Jack Bird down that same edge. The try Manly scored was through luck and an error.”