Geelong coach Chris Scott was held back by his own players as he approached Brisbane’s huddle at quarter-time.

Geelong coach Chris Scott was held back from approaching the Brisbane Lions’ huddle by his own players at quarter-time of a fiery clash between the two flag contenders.

Despite his side holding a 16-point lead at the first change, Scott seemed less than pleased with a few of the Lions stars as he approached the huddle. 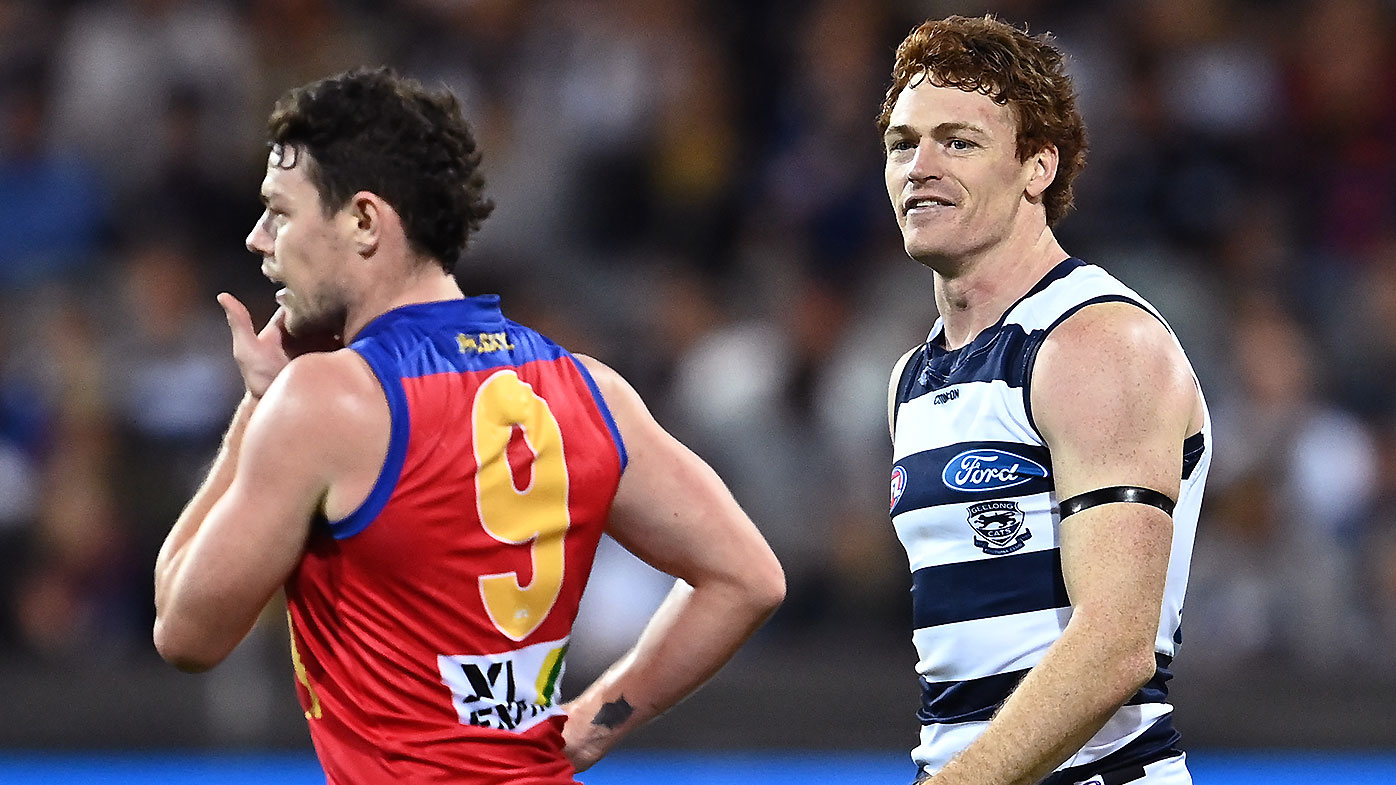 Neale immediately fell to the floor before raising three fingers at Rohan, seemingly to suggest that he would receive a three-week suspension for the hit.

Rohan was not placed on report for the incident, but AFL MRO Michael Christian is sure to examine Rohan’s strike after the match.

The Rohan-Neale incident was one of a number of spotfires in the opening term, which Geelong skipper Joel Selwood also giving away a free kick for a dangerous tackle.