Immortal Andrew Johns has made a surprise call on how the Panthers should handle the injury to Dylan Edwards.

Rugby league Immortal Andrew Johns has urged the Penrith Panthers to give winger Charlie Staines a shot at fullback following an injury to Dylan Edwards.

Edwards fractured his hand late in the first half of Penrith’s 12-10 win over the Storm last night and was unable to return for the remainder of the match.

Panthers utility Tyrone May, who started the game off the interchange, was shifted to fullback following Edwards’ injury.

May, who’s preferred position is five-eighth, has proven a flexible option for Panthers coach Ivan Cleary, slotting in as a playmaker in the centres and even at lock.

But the performance of Staines, who scored a try and played a starring role in the Panthers’ thrilling late win, has Johns calling for the prolific 20-year-old from Forbes to be given a first shot at filling in for Edwards over the next few weeks. 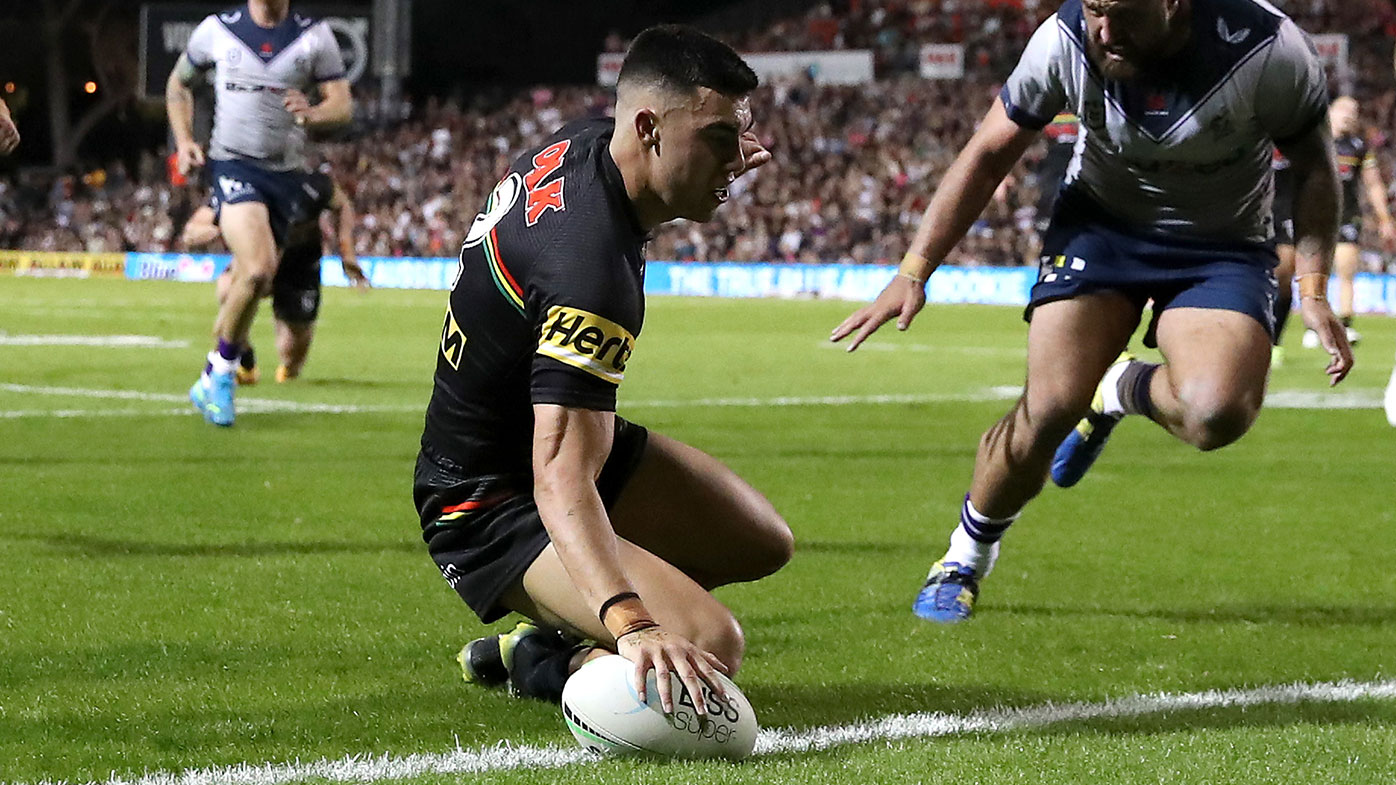 It’s a call that has the backing of former Panthers general manager Phil Gould, who tweeted last night that he would have shifted Staines to fullback when Edwards was forced from the field.

“Probably the safe way would be Tyrone May, but I would be going Charlie Staines,” Johns said in Nine’s post-match show.

“Some of the things I saw him do out there tonight, the way he scored that try you could see his speed and his footwork and his awareness.

“But defensively, he made a couple of reads in defence and made some tackles, which shows his vision but also his footy intelligence.

“So, I’d be giving him a shot. His speed, he looks dynamite. As I said, Tyrone May is probably the safe option, but Charlie Staines, I’d be leaning toward him.”