AFL fans have been left stunned after a horror non-call denied the Brisbane Lions of a terrific comeback win over Geelong.

AFL fans have been left stunned after an umpiring howler in the final quarter denied Brisbane its first win in Geelong since 2003.

The incident occurred deep in Brisbane’s forward 50 as Geelong defender Mark Blicavs snapped up a loose ball before being tackled by Lions youngster Zac Bailey.

Bailey grabbed Blicavs in a clean tackle, spinning the Cats veteran 360 degrees, before Blicavs dropped the ball as Isaac Smith was able to rush the ball though for a behind. 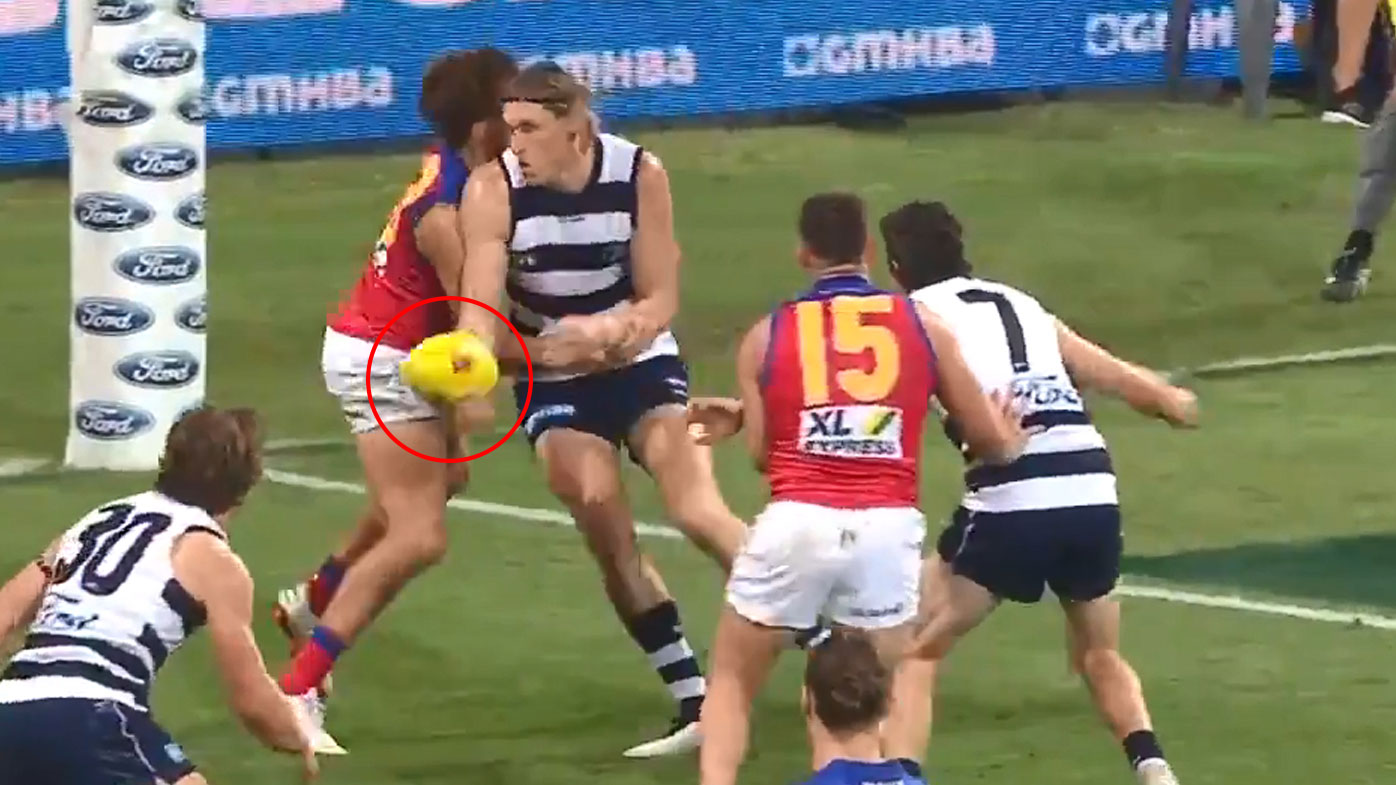 The decision left AFL fans stunned on social media, with some calling it one of the worst decisions ever seen in the game’s history.

Despite seemingly being caught dead by Bailey, Blicavs said that the decision was the correct one, arguing that he “didn’t have prior” opportunity in an interview on ABC radio.

Brisbane Lions legend Jonathan Brown was left in disbelief at the decision, but said Brisbane had no excuse after starting the game “asleep” in the opening quarter.

“That was an absolute howler by the umpire,” he told Fox Footy. “How did he miss that?”

“You can’t make an argument the umpire was in the wrong spot. He was in a perfect spot.

“Brisbane Lions probably shouldn’t have put themselves in that position because the first 25 minutes they were asleep and Geelong dominated. It’s their own fault.” 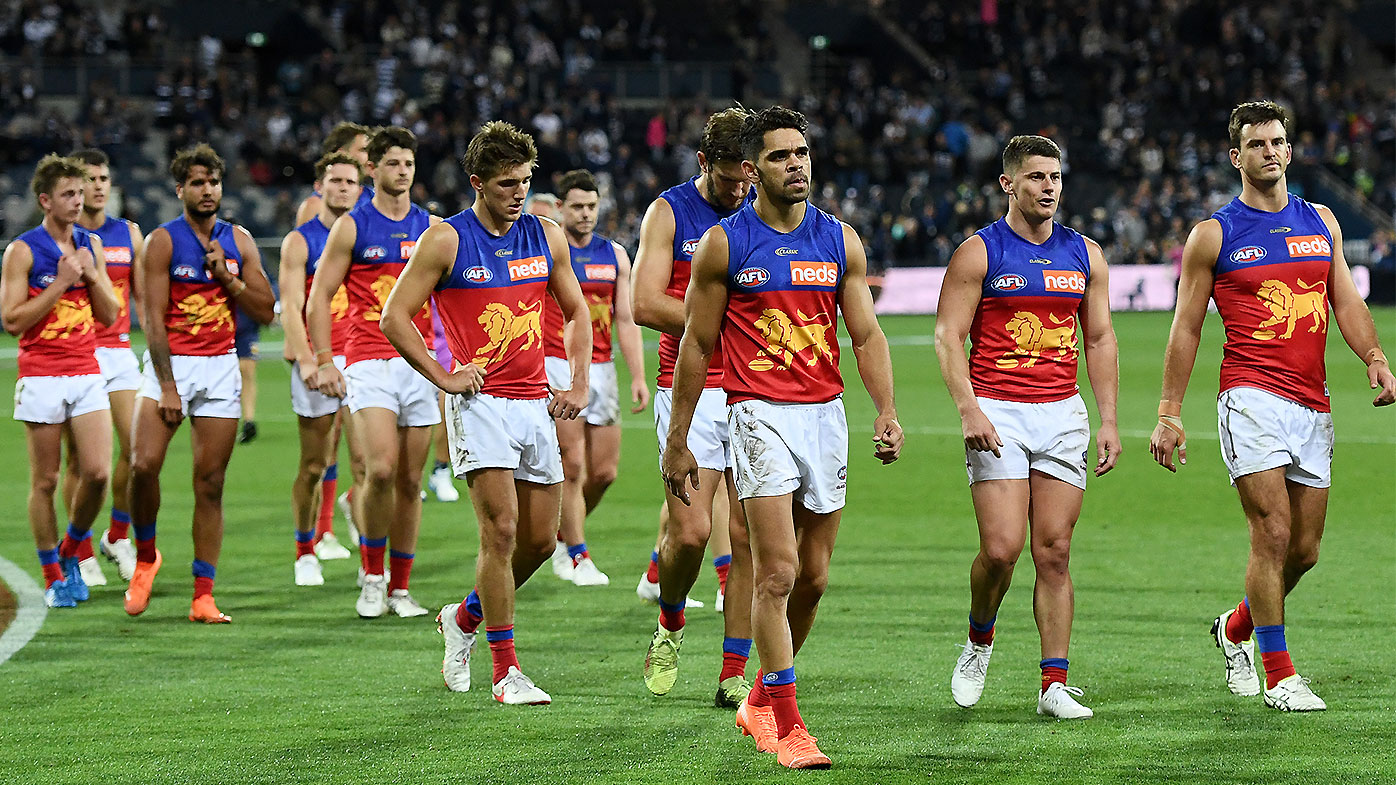 “Blicavs you could argue had an opportunity and decided to come inside, take him on. It was instantaneous. There was no contact made.”

Seven’s lead commentator Brian Taylor was another to chime in on the horrendous call.

“He tried to dispose, he tried to turn as part of the avoidance,” he said.

“That means you’ve taken them on and then there was no handball and no kick. Turning is taking the player on, and then no handball, no kick.

“That is a deadset free kick. If you take them on, you don’t dispose of the ball by hand or foot while you’re being tackled, it is a free kick.” 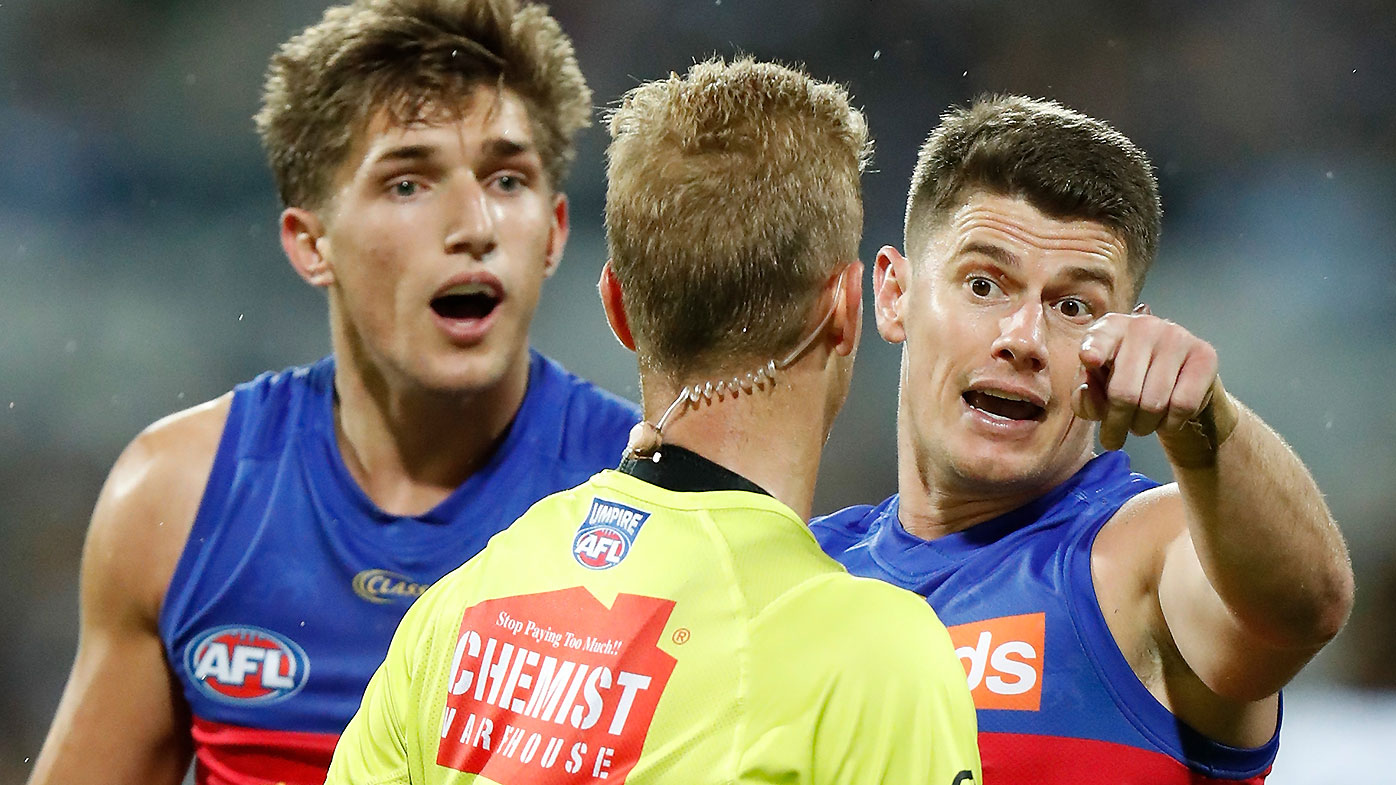 When pressed on the non-call, Geelong coach Chris Scott said he hadn’t “had a good look”, and defended the AFL’s umpiring fraternity.

“I’ll reserve my opinion on that one until I have another look at it,” he said.

“It’s a hard game to umpire. The prior opportunity one it’s a split-second call for the umpires.

“What I’d like for you to take away is that I’m a big subscriber in the belief that the game is very hard to umpire.”

Brisbane Lions coach Chris Fagan also refused to comment on the decision after the game.

It was a gut-wrenching finish for Fagan’s men, who threatened to steal an unlikely victory after a four-goal-to-one final term.

Star recruit Joe Daniher’s first goal of the night gave Brisbane its first lead of the night at the 16-minute mark, before Geelong’s own star recruit Isaac Smith kicked the winner in red time.

Geelong veteran Tom Hawkins grabbed the ball out of the ruck deep in Geelong’s forward 50 before handing the ball off to Smith who snapped it through from 15m on his non-preferred right foot.

“He and Shaun Higgins have been great additions,” Scott said of Smith. 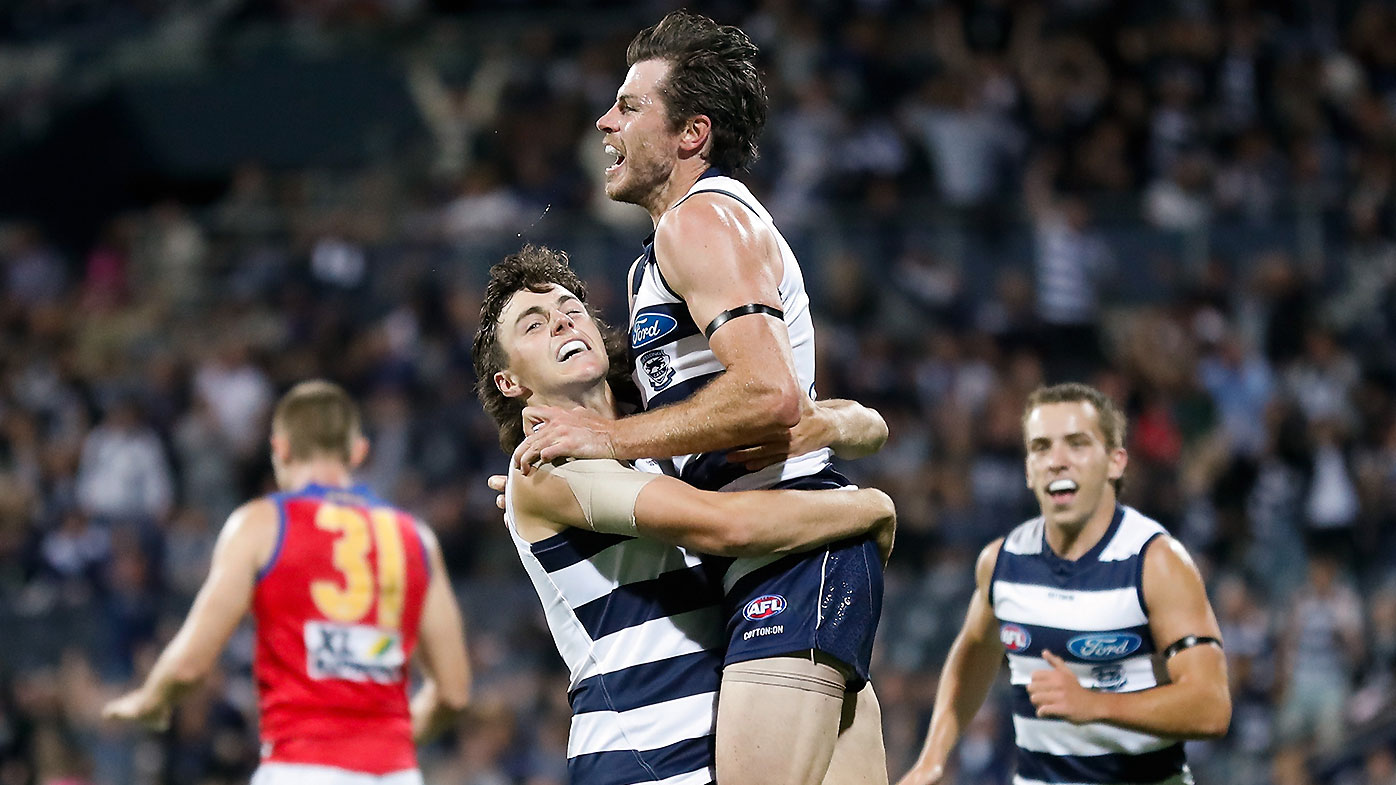 “We’ve got some quality on the sidelines at the moment so it’s important that the guys who are in stand up.”

Reigning Brownlow Medallist Lachie Neale was held to just 16 disposals for the match, after the Cats placed a hard tag on him with Mark O’Connor.

However, despite his relative inactivity, Neale was involved in one of the major talking points in the match, after Cats forward Gary Rohan appeared to strike him on the jaw.

The loss sent Brisbane to a dreaded 0-2 start to the season with a Round Three clash against Collingwood at the Gabba on the horizon next Thursday, while Geelong will host Hawthorn on Easter Monday.