George Kambosos Jr had finally gotten his due in Australia … yet on one hand, the brash boxing star was fuming.

George Kambosos Jr had finally gotten his due in Australia … yet on one hand, he was fuming.

It made for a snappy headline, to brand him an “instant millionaire” after he scored a $2.7 million cut of a $7.6 million purse to fight undisputed lightweight world champion Teofimo Lopez.

Yet Kambosos, 27, earned the title shot by becoming the IBF’s mandatory challenger to the American star, the culmination of an extraordinary road that has been long and hard. The notion of being an ‘overnight success’ grated with Kambosos, who started boxing as an obese 11-year-old kid and threw himself into the ‘sweet science’ with extreme dedication.

His first three fights were at Croatian Club Punchbowl. His last six fights have been overseas, including his past two wins against former world champions Mickey Bey and Lee Selby at Madison Square Garden and Wembley SSE Arena, respectively. He remains undefeated at 19-0 (10 KOs) and will fight Lopez in Miami on June 5 (June 6 AEST), near the gym in which he trains under head coach Javiel Centeno.

Kambosos, a former sparring partner of Manny Pacquiao turned No.1 contender, spends long periods away from his fiancee and young children to train abroad. At one point, he was doing road work with Pacquiao in the Philippines under threat of being shot by ISIS snipers. Even when safely at home in Sydney, he hammers the bags relentlessly in his own gym. He eats, sleeps, lives and breathes boxing. 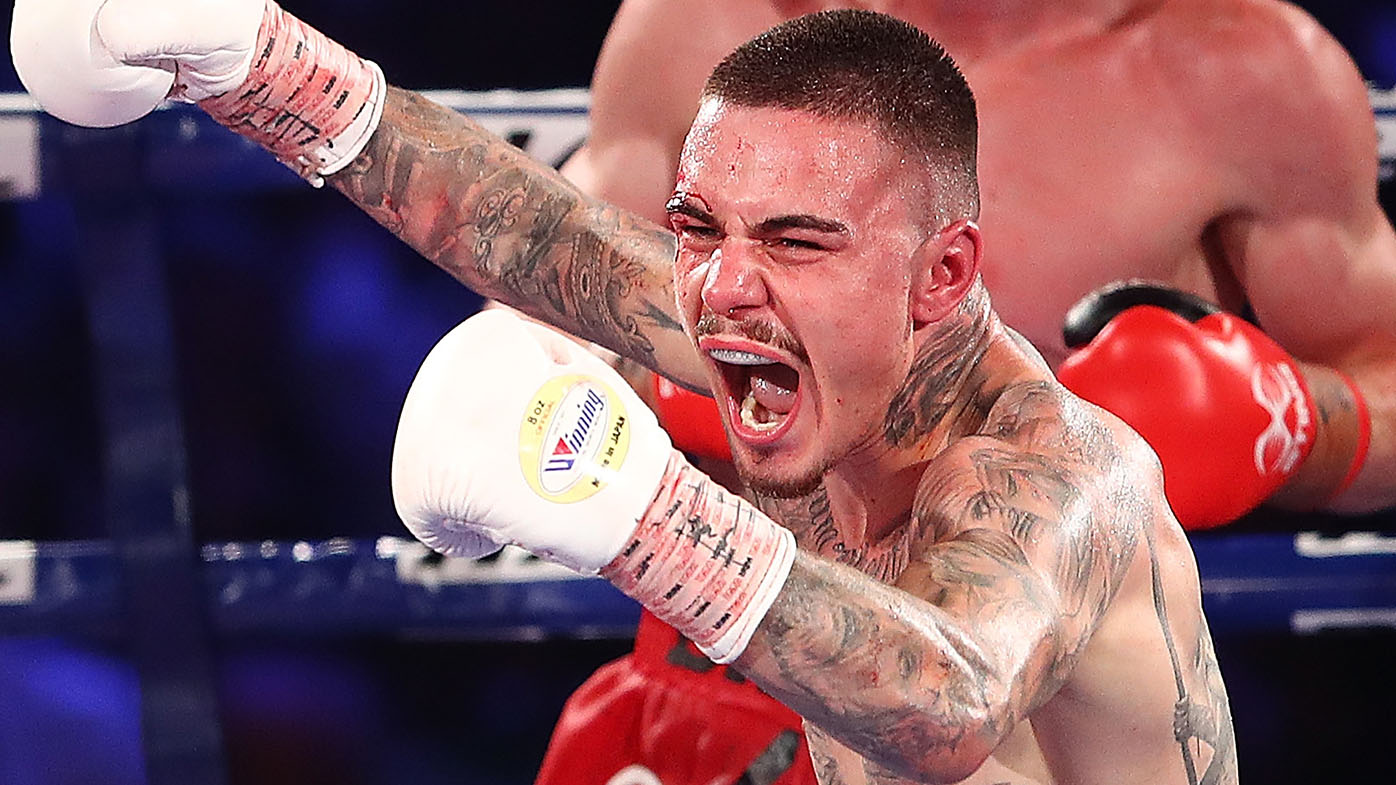 He’s no instant millionaire and has no intention of being a flash in the pan on the world boxing scene, either. He will challenge for Lopez’s IBF, WBA, WBO, WBC (franchise) and Ring Magazine belts and means to hold them long-term, to become the greatest boxer in Australian history.

“I’m a stubborn kind of person so when I get something, I hold on to it for a very long time,” Kambosos told Wide World of Sports.

“I’ve dreamed about this for so many years, I’ve sacrificed my life.

“It kind of pissed me off a little bit with the media coming out – finally they gave me a little bit of exposure, because I’ve had to literally crawl to get a little bit of media throughout my career and it’s been hard – finally I got some good media but still they came out and said: ‘Instant millionaire. Millionaire overnight’.

“How the hell is this an instant millionaire? This has been years of hard work, this has been 15 years of blood, sweat and tears. Leaving my two kids behind.

“I’m here to break records. No disrespect to our former legendary fighters but I’m here to rule and to go down as the best ever.”

Lopez himself was something of a sudden sensation, to those who don’t follow boxing closely.

The 23-year-old (16-0, 12 KOs) destroyed IBF world champion Richard Commey in a second round knockout at the Garden, after Kambosos took care of Bey, then shocked boxing icon Vasiliy Lomachenko last year with a unanimous decision win at the MGM Grand in Las Vegas to unify the belts.

Kambosos met Lopez two years back and predicted that they would one day meet in a major world title fight.

“I always felt that somewhere in the future we’re going to fight,” said Kambosos, a proud Greek-Australian adorned with Spartan tattoos.

“I just retweeted it. Two years ago … I said, ‘This is a future megafight’. I predicted it and now I’m predicting I’m winning the fight and I’m taking all his belts.

“It’s a massive fight. It really deserves everyone to support it. I carried that Australian flag, that Greek flag with me all over the world. I go there with my sword and shield and take out all these warriors, these supposed warriors from different countries.