The Brumbies have a new captain to host the Force while Waratahs coach Rob Penney has rung the changes against the high flying Reds.

The Brumbies have a new captain to host the injury-hit Force while Waratahs coach Rob Penney has rung the changes in search of a first Super Rugby AU win against the high flying Reds.

And in Super Rugby Aotearoa, the Highlanders will unleash a Japanese Test star against a struggling Hurricanes side that welcomes back Dane Coles.

The Brumbies will have another new captain for their clash with the Force, as halfback Nic White steps up to lead the side in the absence of Tom Cusack.

The Wallabies No.9 has captained the Brumbies twice before and becames the club’s youngest skipper in 2013 when he led them as a 22-year-old.

Jahrome Brown returns to the backrow in place of Cusack while Wallabies prop James Slipper has been switched to the tighthead side.

“James is a senior player who prides himself on his detail and wanted to know as soon as possible if he’d be playing at tighthead,” Brumbies coach Dan McKellar said. 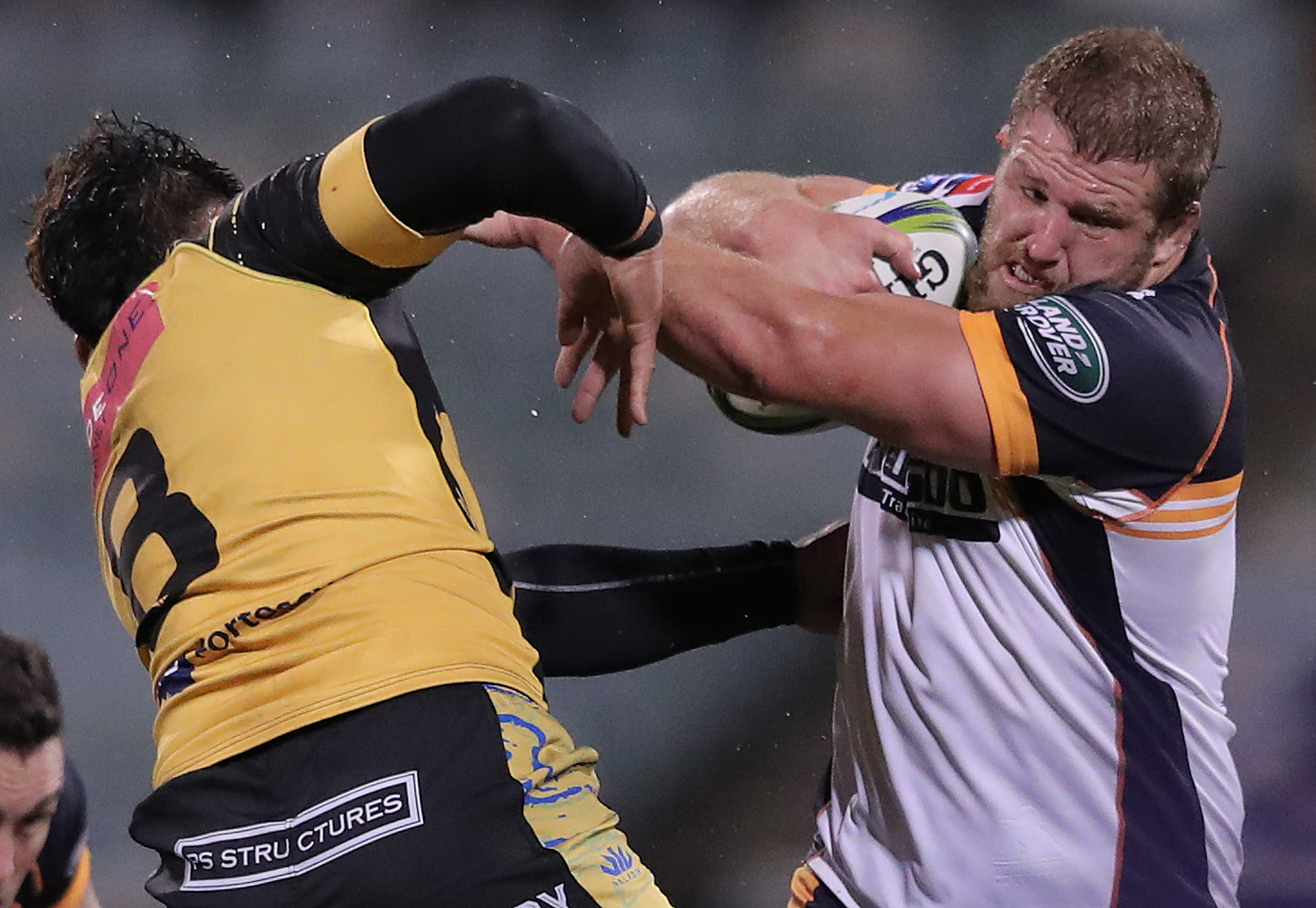 “He’s more than comfortable in that position and happy to do what’s best for the team.

“We’re really looking forward to having Slips back out there on Friday night because he was very good for us at the start of the year.”

Props Fred Kaihea and Sefo Kautai and backrower Rory Scott are also set to make their Brumbies debuts off the bench.

Kaihea and Scott are local products while former Chiefs and New Zealand under-20s representative Kautai has impressed immediately after being a mid-season recruit to Canberra.

“Sefo’s been good since arriving, scrummages well and has good experience at this level,” McKellar said.

“He hasn’t played since November but he’s shown up in really good shape.”

Meanwhile, the Force’s chances of recording an upset have been hurt by injuries to veteran Test backs Rob Kearney and Richard Kahui.

In their place come Jack McGregor and Marcel Brache at fullback and left wing respectively, with coach Tim Sampson describing the changes as “an easy transition.”

Jono Lance is recalled to the matchday 23, while England under-20s recruit Jordan Olowofela is set to make his first appearance for the Force.

“We’ve got to play smart and not allow them to make easy entries into our defensive area,” Sampson said.

“We need to frustrate the Brumbies and make them work hard.

“They like to come out of the blocks quickly, so I’m expecting a high tempo contest throughout.”

Waratahs coach Rob Penney has made a whopping seven changes to his starting team for what appears on paper as a mission impossibe against the unbeaten Reds in Sydney.

Former Queensland centre Izaia Perese returns from his three-match suspension – picked up in round one against the Reds – to start at inside centre in a real show of faith from Penney.

He will partner Lalakai Foketi in a brand new midfield pairing as captain Alex Newsome slides to the wing and former NRL bruiser Tepai Moeroa out of the 23 altogether.

Injuries to Wallabies loose forwards Jack Dempsey and Lachie Swinton necessitates a reshuffle, as fit-again No.8 Will Harris gets a start and Hugh Sinclair switches from lock to blindside flanker.

That opens up a starting spot for veteran lock Sam Wykes.

Wallabies No.8 Harry Wilson has been handed a ‘finishers’ role this weekend with the versatile Seru Uru getting his shot at the back of the scrum.

Ryan Smith gets his first start at lock ahead of Angus Blyth, Filipo Daugunu returns on the left wing for Ilaisa Droasese and hooker Brandon Paenga-Amosa is preferred in the run-on XV to Alex Mafi.

“We’re looking forward to a tough contest against the Waratahs down in Sydney,” Thorn said.

“After a big preseason, Seru has been in some really good form and has earned his opportunity to get a start this week.

“This will be Ryan Smith’s first start in Super Rugby.

“It’s good pay for his constant hard work in our program and his development.

“You’ve also got Sam Wallis and Kalani Thomas on the bench who could make their Super Rugby debuts which is exciting.

“While at the other end, Angus Scott-Young will play his 50th game for Queensland.

“He’s a leader on-and-off the field and as a group, we congratulate him on this achievement.”

Highlanders coach Tony Brown has handed a debut to delightfully named winger Freedom Vahaakolo against the winless Hurricanes in Dunedin.

“We’ve got some speed out wide but we don’t have a lot of power.

“We’re hoping that he’s going to give us that physicality.

“He’s got plenty of X factor.”

Brown has also moved Josh Ioane to fullback and handed the more conservative Mitch Hunt a start at five-eighth.

And Japanese Test star Kazuki Himeno is in line to make an impact from the bench.

Teenage star Ruben Love is an intriguing name to watch off the bench and is capable of playing at fullback or five-eighth.