Anthony Mundine has retired from boxing – for real, this time. And he has apologised for his most infamous remark.

Anthony Mundine has retired from boxing – for real, this time.

Mundine, 45, said that he was retired after being knocked out by Michael Zerafa inside round one on March 13. However, he had made such announcements before, only to launch ‘comebacks’.

‘The Man’ on Wednesday announced that no more comebacks would occur and he was officially hanging up the gloves, with a record of 48-11 (28 KOs) and multiple world titles during his heyday.

The devoted Muslim also offered an apology for the most infamous remark of his controversial career: when he said after the 9-11 attacks that “America’s brought it upon themselves”. He tried to clarify the remark over the years but had never entirely disowned it. 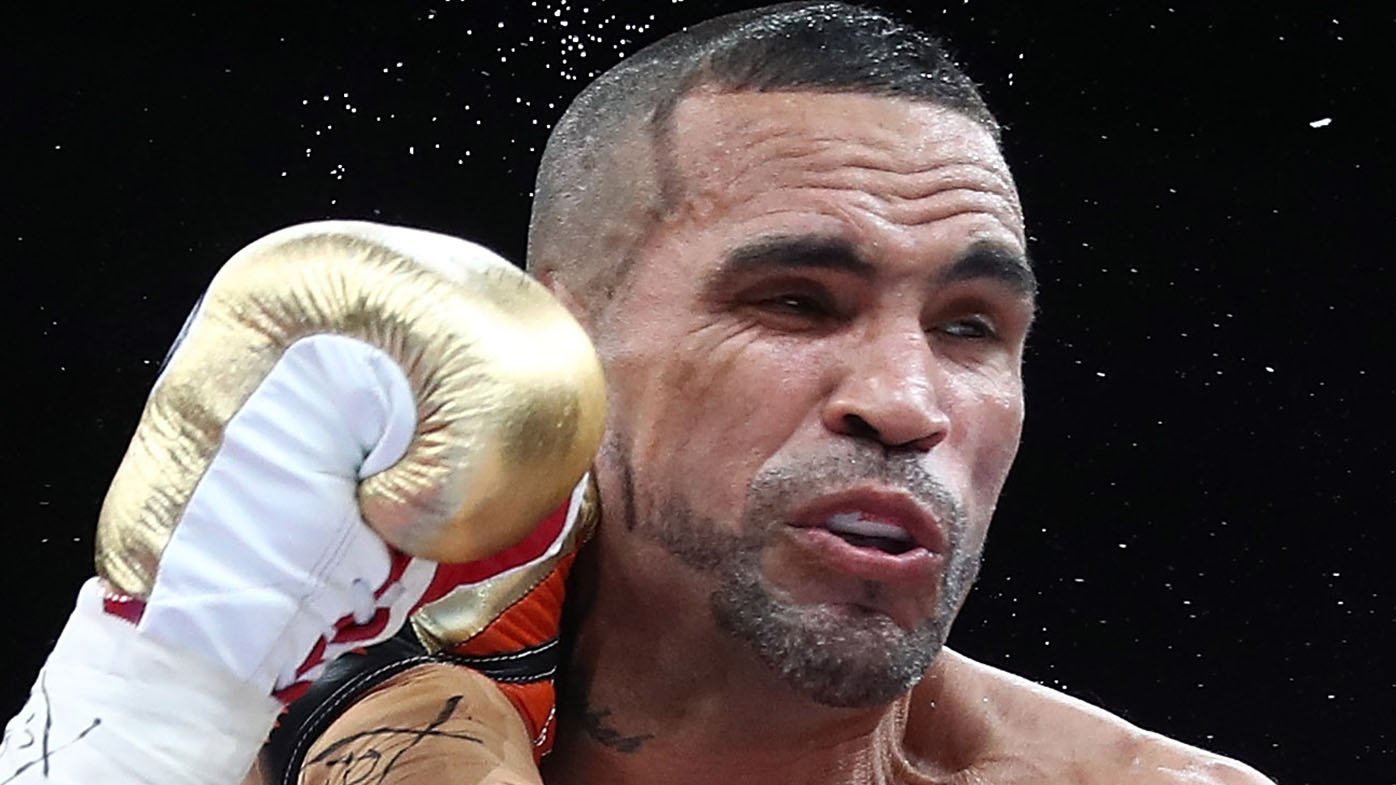 “Taking one human life is like taking the whole of humanity to me. I feel like I was crucified for that – probably rightly so. I said it raw and pretty dumb at the time.

Mundine later added: “If I offended anybody in my career, honestly, I’m sincerely sorry.

“Please find it in your heart to forgive me. I’m a changed man, I’m a different type of cat.

“As you get older, you get more mellow. God bless everybody. Thank you.”

Mundine also addressed one of his most infamous sporting remarks at the event: when he claimed that rugby league rival Laurie Daley was “running on old legs”. He said he had mellowed and was no longer that cocky upstart who used to shock his father, former champion boxer Tony Mundine.

“I’m not that sort of brash character that I was when I was younger,” said Mundine, who had Daley as a guest at his send-off event at Sydney’s Circular Quay

“I’ve sort of evolved and matured over the years. I”m not that fella that said that Laurie was running on old legs when he was only 26, when he was in his prime.

“My dad rung me and said, ‘What are you doing, talking about Laurie like that?’ I said, ‘Well, I believe it myself, I’ll take him on!’ He goes, ‘Take that remark back’. I said, ‘Nah, I’m not going to take it back, no way in the world!’

“We clashed a bit, me and dad, he wanted me to toe the line. I was like, ‘Nah, bra, I’m gonna go get mine, I’m going after it’. But I love Laurie and thanks for all the battles over the years. So good and so deadly.”

Mundine’s farewell press conference was remarkable interrupted by a phone call from surfing icon Kelly Slater, who first met Mundine two decades ago and wished him well. In true Mundine style, he threatened to switch to surfing.

Mundine said that he’d always known boxing was his ultimate destiny despite starting his sporting career in rugby league.

“I just knew from a young age, from six-seven, I used to envision it to my family, to anyone that would listen that I was going to be champion one day,” Mundine said.

“Football was my passion and my love at that time but I knew one day that I would leave and pursue my other dream. 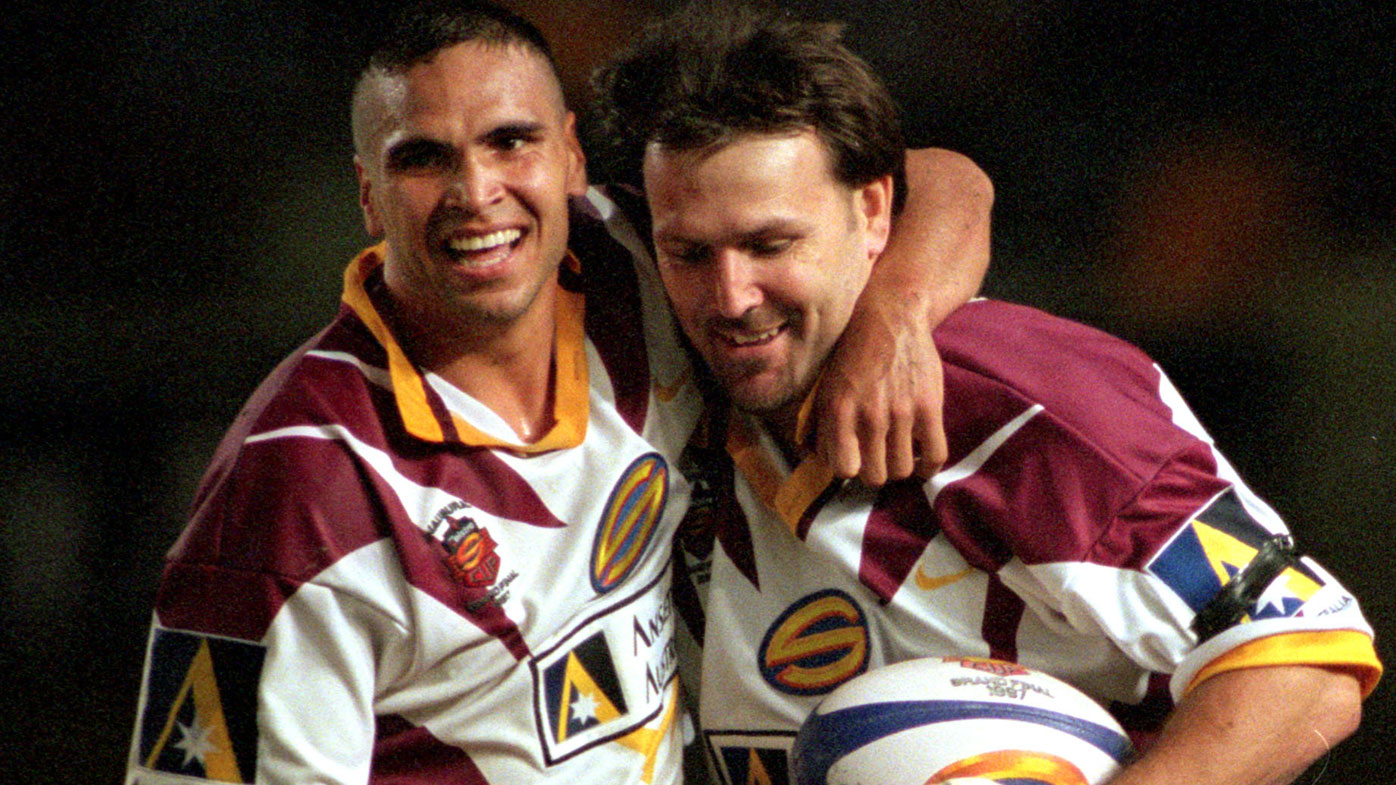 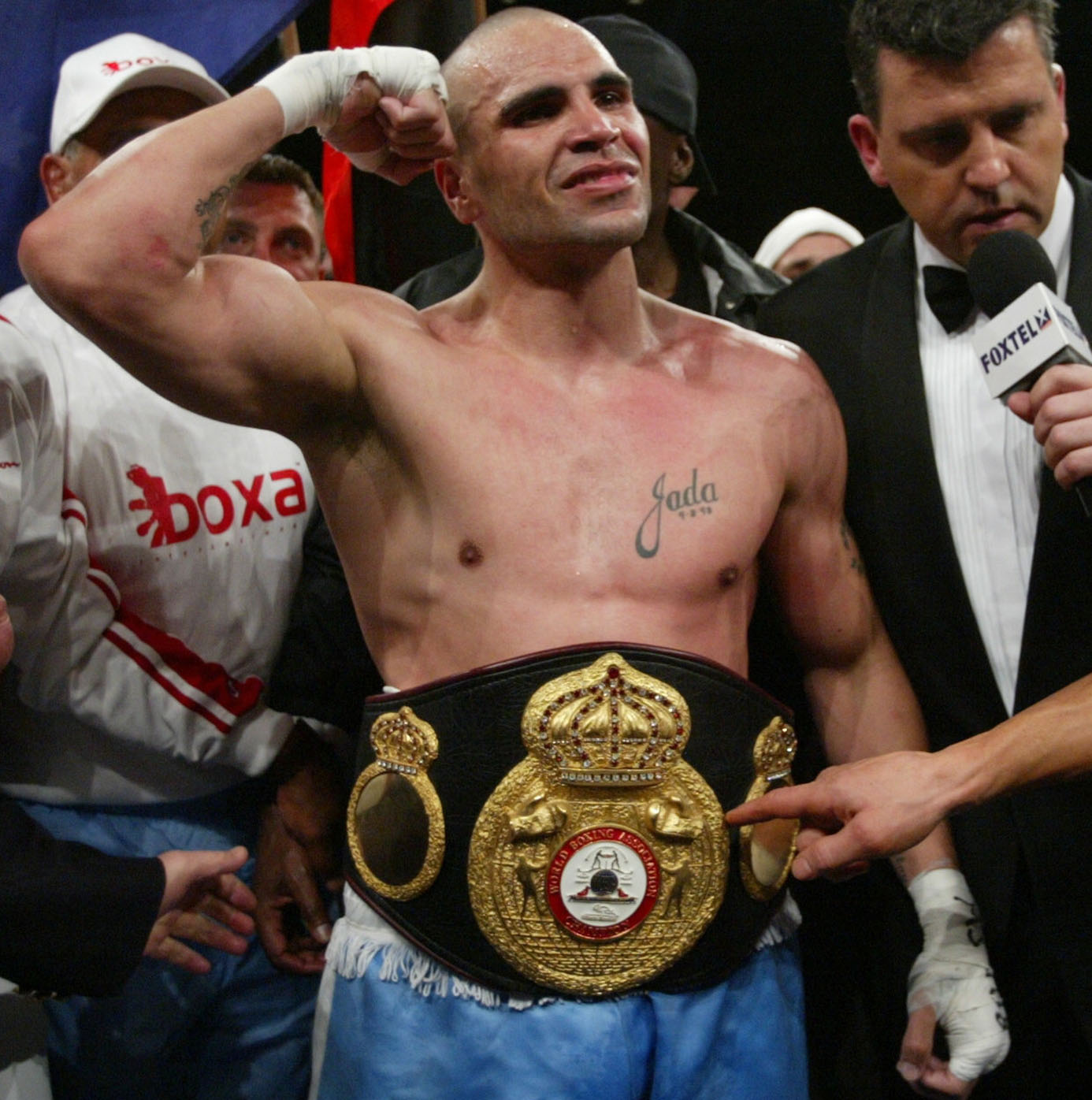 Mundine switched from rugby league to boxing in 2000, winning his first fight by fourth round knockout over Gerrard Zohs at the old Sydney Entertainment Centre. he quickly became a lucrative pay-per-view drawcard, polarising fight fans like few boxers before him.

He won the Australian super-middleweight from Marc Bargero in just his fifth fight, via sixth round TKO in Gosford.

He fought for the IBF super-middleweight title in just his 11th fight, travelling to Germany to face long-time champ Sven Ottke in 2001. He was well on top in the fight yet lost in the 10th round when knocked out cold.

Redemption came in 2003 when he fought Antwun Echols for the vacated WBA title at the Sydney Entertainment Centre. It was a lesser title, with Ottke dubiously upgraded to ‘super champion’ by the WBA, though the Australian claimed the belt nonetheless with a unanimous decision over Echols.

Mundine beat arch rival Danny Green in a Sydney Football Stadium superfight during 2006, though he controversially lost a 2017 rematch at Adelaide Oval.