Elgin Baylor soared through the 1960’s with a high-scoring style of basketball that became the model for the modern player.

LOS ANGELES (AP) — Elgin Baylor, the Lakers’ 11-time NBA All-Star who soared through the 1960s with a high-scoring style of basketball that became the model for the modern player, died Monday. He was 86.

The Lakers announced that Baylor died of natural causes in Los Angeles with his wife, Elaine, and daughter Krystal by his side.

With a silky-smooth jumper and fluid athleticism, Baylor played a major role in revolutionizing basketball from a ground-bound sport into an aerial show. He spent parts of 14 seasons with the Lakers in Minneapolis and Los Angeles during his Hall of Fame career, teaming with Jerry West throughout the ’60s in one of the most potent tandems in basketball history.

“Elgin was THE superstar of his era — his many accolades speak to that,” Lakers Governor Jeanie Buss said in a statement announcing Baylor’s death.

Baylor’s second career as a personnel executive with the woebegone Los Angeles Clippers was much less successful. He worked for the Clippers from 1986 until 2008, when he left the team with acrimony and an unsuccessful lawsuit against owner Donald Sterling and the NBA, alleging age and race discrimination.

The 6-foot-5 Baylor played in an era before significant television coverage of basketball, and little of his play was ever captured on film. His spectacular style is best remembered by those who saw it in person — including West, who once called him “one of the most spectacular shooters the world has ever seen.”

Baylor had an uncanny ability to hang in mid-air indefinitely, inventing shots along the way with his head bobbing. Years before Julius Erving and Michael Jordan became international superstars with their similarly acrobatic games, Baylor created the blueprint for the modern superstar.

Baylor soared above most of his contemporaries, but never won a championship or led the NBA in scoring largely because he played at the same time as centers Bill Russell, who won all the rings, and Wilt Chamberlain, who claimed all the scoring titles. Knee injuries hampered much of the second half of Baylor’s career, although he remained a regular All-Star.

West and Baylor were the first pair in the long tradition of dynamic duos with the Lakers, followed by Magic Johnson and Kareem Abdul-Jabbar in the 1980s before Kobe Bryant and Shaquille O’Neal won three more titles in the 2000s.

But Baylor’s Lakers lost six times in the NBA Finals to the Boston Celtics and another time to the New York Knicks. Los Angeles won the 1971-72 title, but only after Baylor retired nine games into the season.

Baylor arrived in the NBA in 1958 as the No. 1 draft pick out of Seattle University. He immediately set new superlatives for individual scoring, with a 55-point game in his Rookie-of-the-Year season before scoring 64 on Nov. 8, 1959 — then the NBA single-game record, and the Lakers record for 45 years until Bryant broke it. 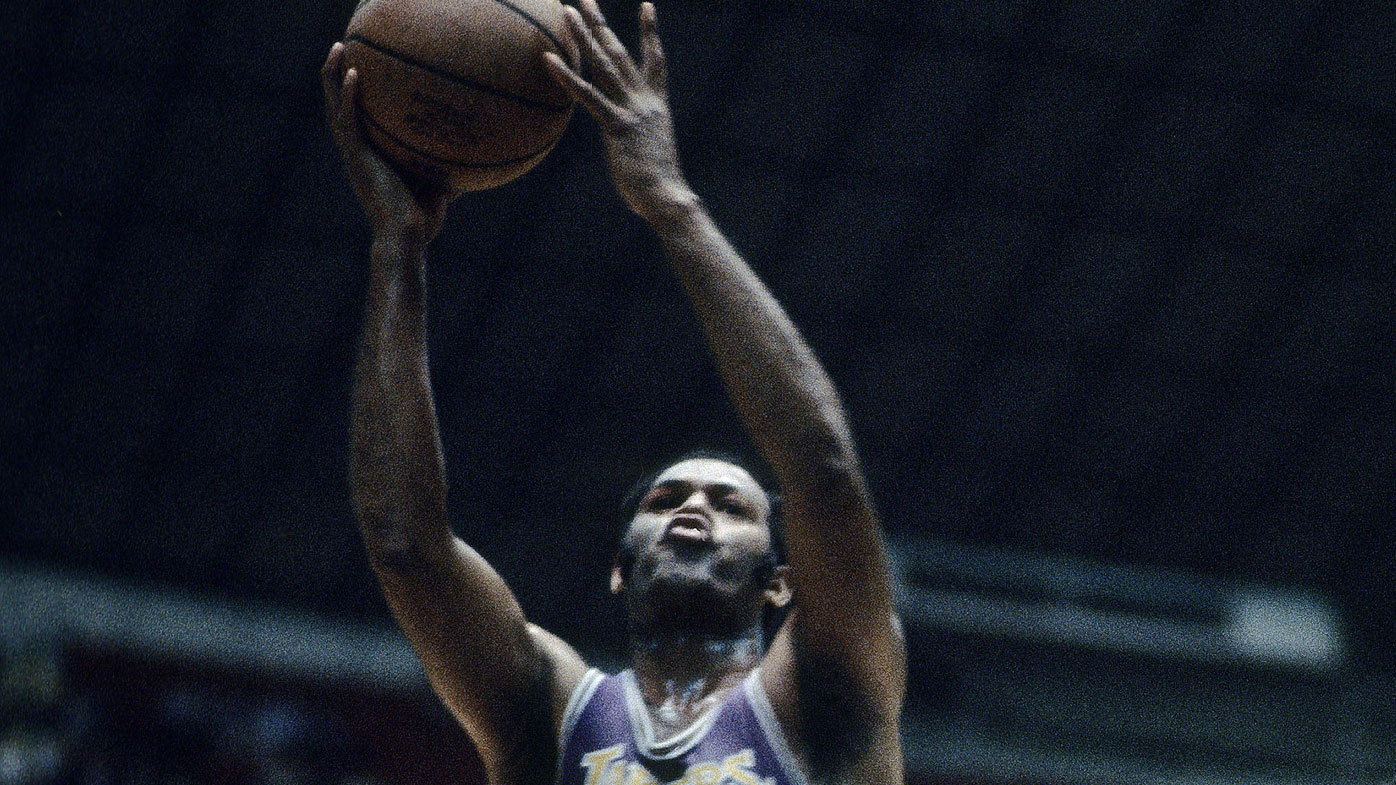 Baylor averaged 38 points in the 1961-62 season despite doing active duty as an Army reservist. He scored 61 points in a playoff game against Boston in 1962, a record that would stand for 24 years until Jordan broke it.

Elgin Gay Baylor was born in Washington, D.C. on Sept. 16, 1934. He was named after his father’s favorite watch, an “Elgin” timepiece. Although he starred at two high schools, Baylor struggled academically and briefly dropped out, working in a furniture store and playing in local recreational leagues.

Baylor went to the College of Idaho because he was given a scholarship to play both basketball and football, but the school fired its basketball coach and cut several scholarships a year later. Baylor transferred to Seattle and played from 1956-58, averaging 31.3 points per game and leading the team to the 1958 NCAA championship game, where it lost to coach Adolph Rupp’s Kentucky Wildcats.

The year before the Lakers persuaded Baylor to leave college a year early, the club was near bankruptcy after finishing 19-53, falling far since their glory years in the late ’40s and early ’50s in Minneapolis with center George Mikan.

Baylor transformed the franchise with his scoring and style. Minneapolis beat the Detroit Pistons and the defending champion St. Louis Hawks in the 1959 playoffs to make it to the NBA Finals, losing to the fledgling Celtics dynasty.

Baylor averaged 24.9 points, fourth in the league, and was third in rebounding with 15 a game. He was easily voted Rookie of the Year.

The Lakers moved west to Los Angeles in 1960, and Baylor became the centerpiece of their Hollywood revival. He averaged 34.8 points in the Lakers’ first season in Los Angeles, second in the league to Chamberlain.

Jerry West arrived from West Virginia in 1960, and they immediately clicked, averaging 69.1 combined points per game. Baylor played in only 48 games on weekend passes because his military service, but the Lakers still won the Western Conference by 11 games.

Baylor’s 61-point performance against the Celtics in Game 5 of the finals put the Lakers ahead 3-2 in the series, but they lost to the Celtics in overtime in Game 7 — the pinnacle of the Lakers’ suffering at Boston’s hands.

Frank Selvy missed a 10-foot jumper that would have won the game in regulation. In film of that moment, Baylor appears poised to get Selvy’s rebound, then disappears from the screen. Baylor contended he was pushed out of bounds by Boston’s Sam Jones.

“I’ve always felt that was our championship,” Baylor told the Riverside Press-Enterprise in 2000.

He never got closer to a ring.

The following season Baylor became the first to finish in the NBA’s top five in four different statistical categories: scoring, rebounding, assists and free-throw percentage. The Lakers reached the finals again — and lost to the Celtics again.

Knee problems that began in the 1963-64 season started a slow decline for Baylor. He never averaged more than 30 points a season again, though he remained a competent scorer.

Baylor played his last full season in 1968-69, and suited up only sporadically until retiring at 37 in the fall of 1971. 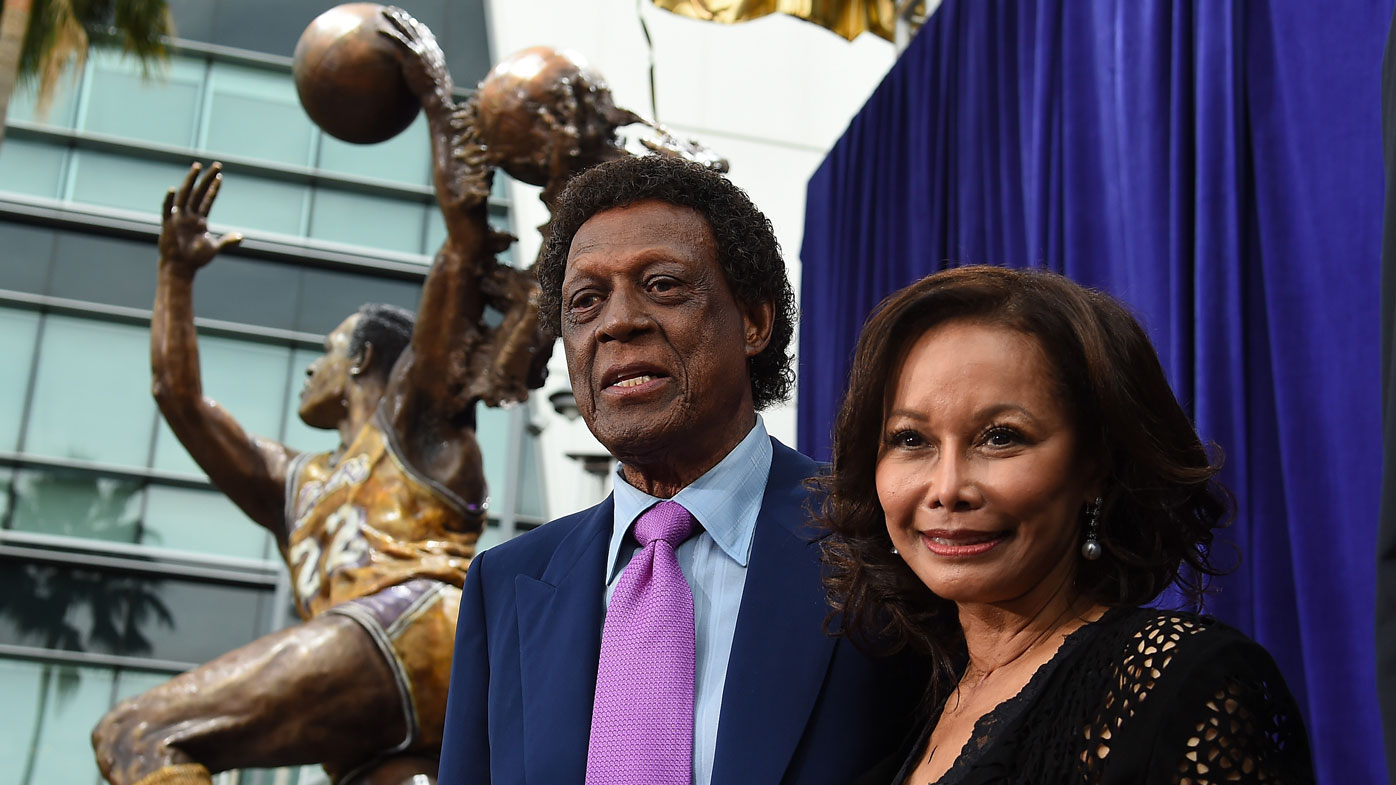 Baylor’s post-playing career never lived up to the magic of his on-court skills.

The expansion New Orleans Jazz hired him as an assistant coach for their debut season in 1974, and he eventually replaced Butch van Breda Kolff as coach during the 1976-77 season, going 86-135 in parts of three seasons. Pete Maravich’s Jazz never made the playoffs, and Baylor resigned after the 1978-79 season.

In April 1986, the Clippers hired Baylor as their vice president for basketball operations. The Clippers made the playoffs in 1992 and 1993, but the franchise became the modern model of sports ineptitude for most of his tenure with poor drafting, indifferent fans and skinflint financial dealings.

Sterling largely was blamed for the franchise’s ineptitude, while Baylor received both admiration for his tenacity and ricidule for his inability to fix the Clippers’ woes.

Their 22-year relationship ended abruptly in October 2008 when the club put coach Mike Dunleavy in charge of personnel decisions.

Baylor, then 74, filed a $2 million lawsuit against the Clippers, Sterling and the NBA in February 2009, alleging he was fired because of his age and race. Baylor also said the Clippers grossly underpaid him.

The Clippers denied the allegations and said Baylor had resigned voluntarily. A Los Angeles County jury unanimously ruled in the Clippers’ favor in March 2011, refusing to award any damages.

Besides his wife and daughter, Baylor is survived by a son and daughter, Alan and Alison, from a previous marriage, and sister Gladys Baylor Barrett.