Matthew Lloyd does not want to see AFL coaches using debutants as medical substitutes and ruining their first game.

Connor Downie failed to get onto the ground in Hawthorn’s one-point win over Essendon on Saturday, before Charlie Lazzaro was given one quarter in North’s 52-point loss to Port Adelaide on Sunday.

Lloyd frowned at the decisions from the two coaches, saying that what is normally a momentous occasion for a young player had been ruined.

“I’ve been told today by three people who called me and said, ‘We’ve made a pact as a football club that we are not going to do that to debutants’,” he told Nine’s Footy Classified.

“If you asked those guys, ‘Did you enjoy your debut?’, they would say, ‘No, I didn’t’, because to them you’re just sitting there. 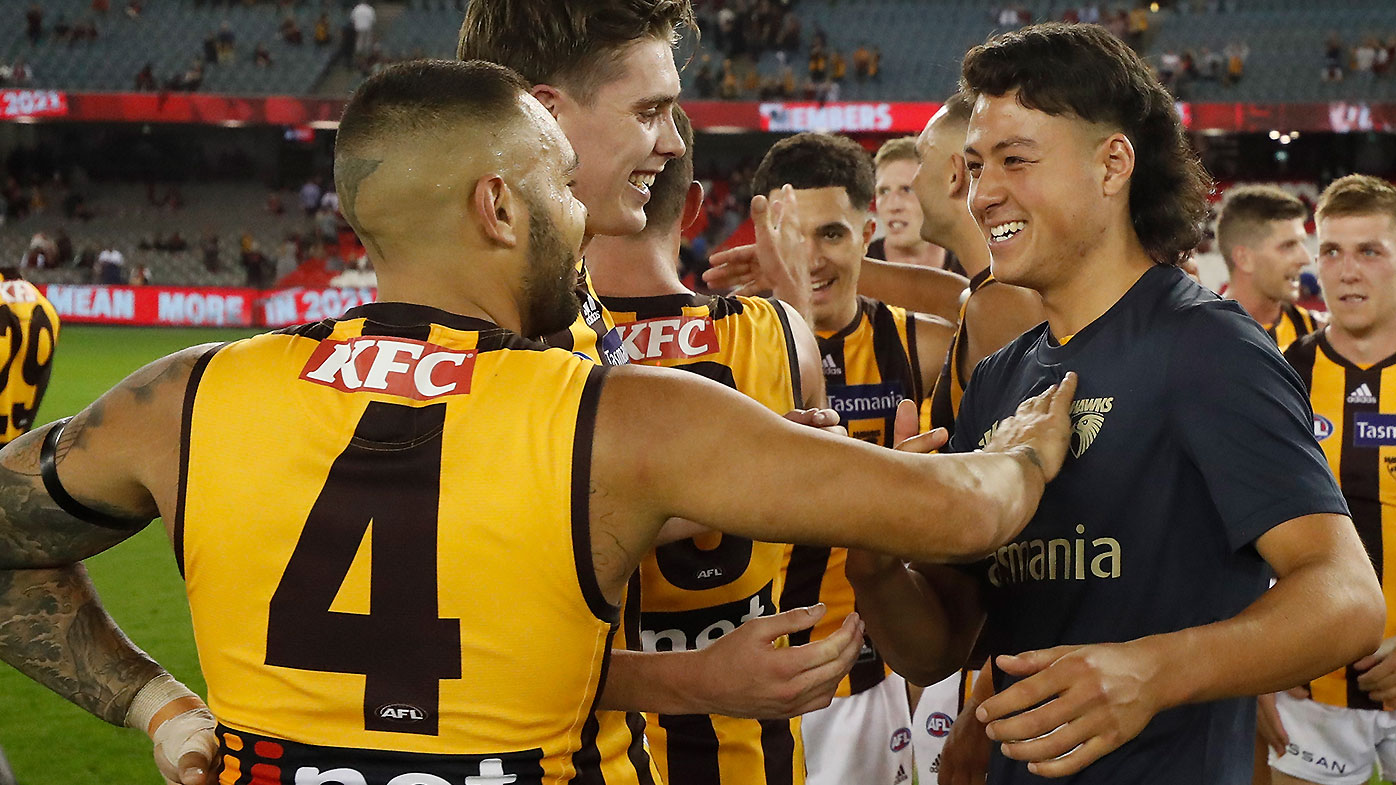 “It’s (meant to be) a joyous occasion and you spit it out straight away and you can remember your first touch”.

Lloyd then went a step further, saying that Clarkson and Noble should include Downie and Lazzaro in their respective 22s in Round Two.

“I think Alastair Clarkson and David Noble owe it those two boys to play them in the 22 this week, you can’t drop them now,” he said.

“Would you have Jamarra Ugle-Hagan in a sub vest not playing in his first game? It’s one of the great thrills when you sell that a player is playing his first game.

“I just think it would be pretty callous to leave them out this week.”