Boxing legend Mike Tyson rejected a $32 million offer to get back in the ring with Evander Holyfield, says the latter’s camp.

Boxing legend Mike Tyson rejected a $32 million offer (US $25 million) to get back in the ring with Evander Holyfield 24 years after their second bout ended with the infamous bite, reports ESPN.

According to members of Holyfield’s camp, Tyson was offered the substantial amount to fight Holyfield in May last year.

“We thought this was a done deal but it quickly fell apart when Tyson’s people declined all offers,” Holyfield’s manager, Kris Lawrence, said in a statement Tuesday (AEDT). “We were negotiating in good faith all along and it appears we just ended up wasting our time.”

After a draw with fellow legend Roy Jones jr in an exhibition fight in November, Holyfield seemed to be the next logical opponent for Tyson in another potential exhibition. Tyson said he would be interested in doing another fight but nothing has been finalised.

However, the youngest-ever heavyweight champion took to Instagram to clarify his position about his future, telling his followers he would not be working with Triller again. Triller had been the broadcaster of the Tyson-Jones fight and recently won a purse bid to put on Teofimo Lopez’s title defense.

“Just to be clear there is no Tyson with Triller fight,” Tyson wrote on Instagram. “I don’t know any Triller executives personally. I don’t have a deal with Triller or any head executive representing them for the next event.

“I am a partner in Legends Only League and my next event is with my league. I will never do another event or any business with Triller so anyone misrepresenting that they own the rights to my name or my next event isn’t true. I am not with or ever will be with Triller’s Fight Club.” 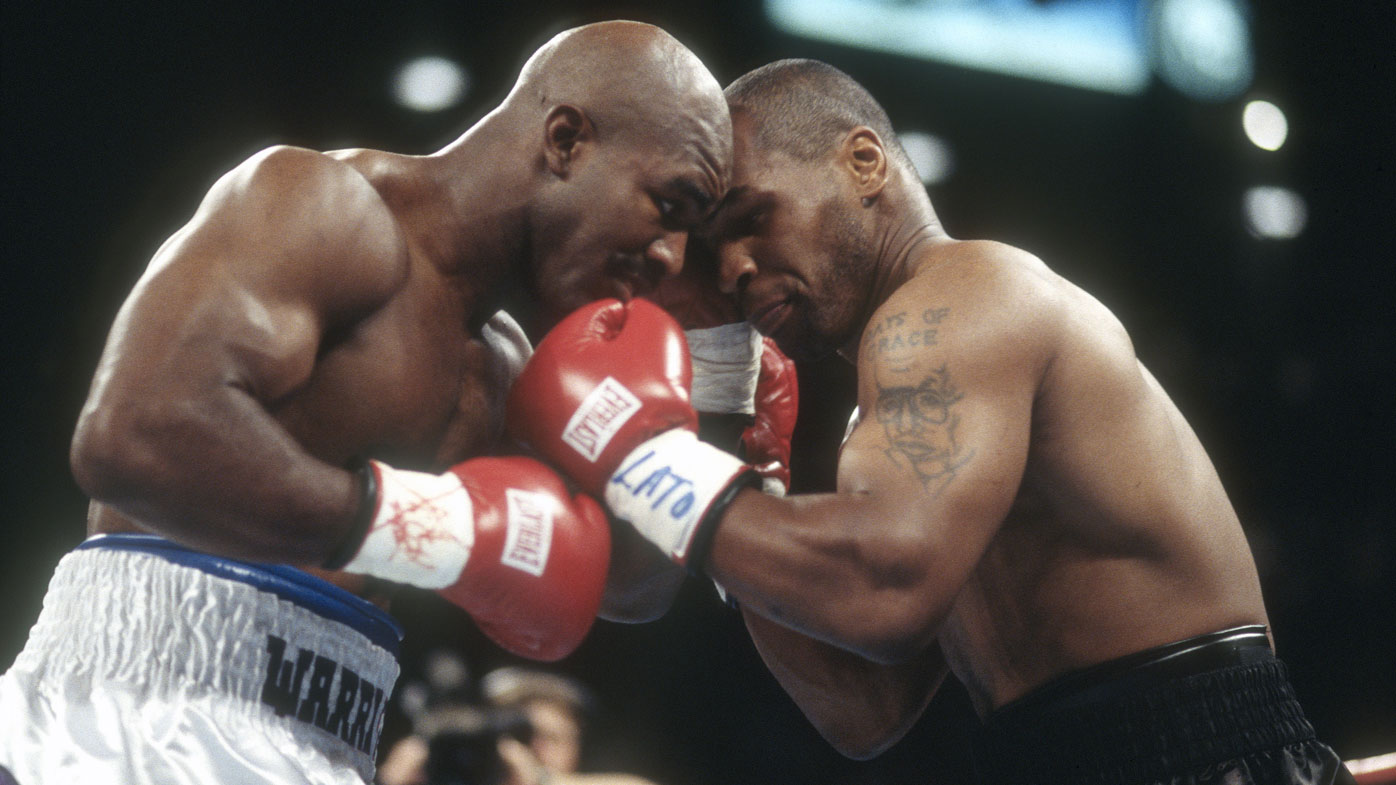 Tyson said if he does in fact decide to get back in the ring again it will be with the Legends Only League.

Tyson (54) and Holyfield (58) first fought for the WBA heavyweight title in 1996 with Holyfield winning by TKO in the eleventh round. Their notorious rematch a year later ended in the third round when Tyson bit a chunk off Holyfield’s ear.

In December, Holyfield announced that a third fight against Tyson “must happen for both our legacies.”