Patrick Cripps is the heart and soul of the Carlton Football Club, yet they have been urged to do the unthinkable this summer.

Port Adelaide great Kane Cornes has urged Carlton to consider letting skipper Patrick Cripps walk as a restricted free agent if he receives a bumper offer from a rival.

Cripps is set to be one of the biggest names to hit free agency this summer, with the 26-year-old yet to re-sign despite indicating his desire to do so.

Both Fremantle and West Coast are understood to be keen admirers of the WA native, and Cornes says Carlton should not break the bank in order to retain the two-time All-Australian.

When questioned over what he would do in Carlton’s position if Fremantle offered Cripps a deal worth $900,000 per year this summer, Cornes said he’d match the offer and force a trade like the GWS Giants did with Geelong and Jeremy Cameron. 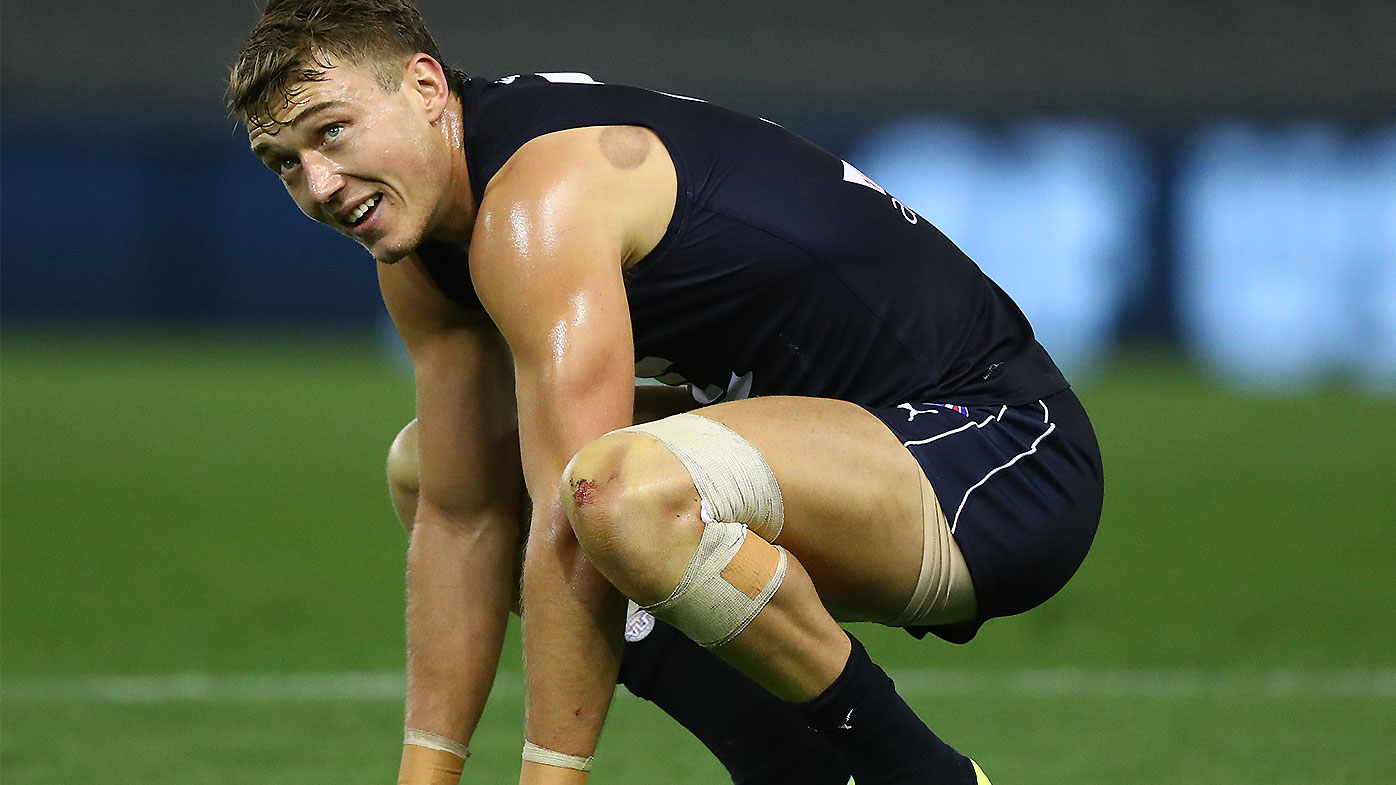 “I think you have that hard conversation,” he said on Nine’s Footy Classified.

“I don’t know how long he can play for either, (he’s had) multiple surgeries, every time you see him he’s got strapping on the shoulders. How long can he play at this level?

“He’s 26 and hasn’t played in a final yet. He finished ninth in their best and fairest so I think it speaks for itself as voted by the coaches.”

While he maintained that he likes Cripps as a player, Cornes said the decision over the captain’s contract is a “pivotal” moment for Carlton.

“I don’t think he hurts you like some of the other elite midfielders in the competition,” he said. 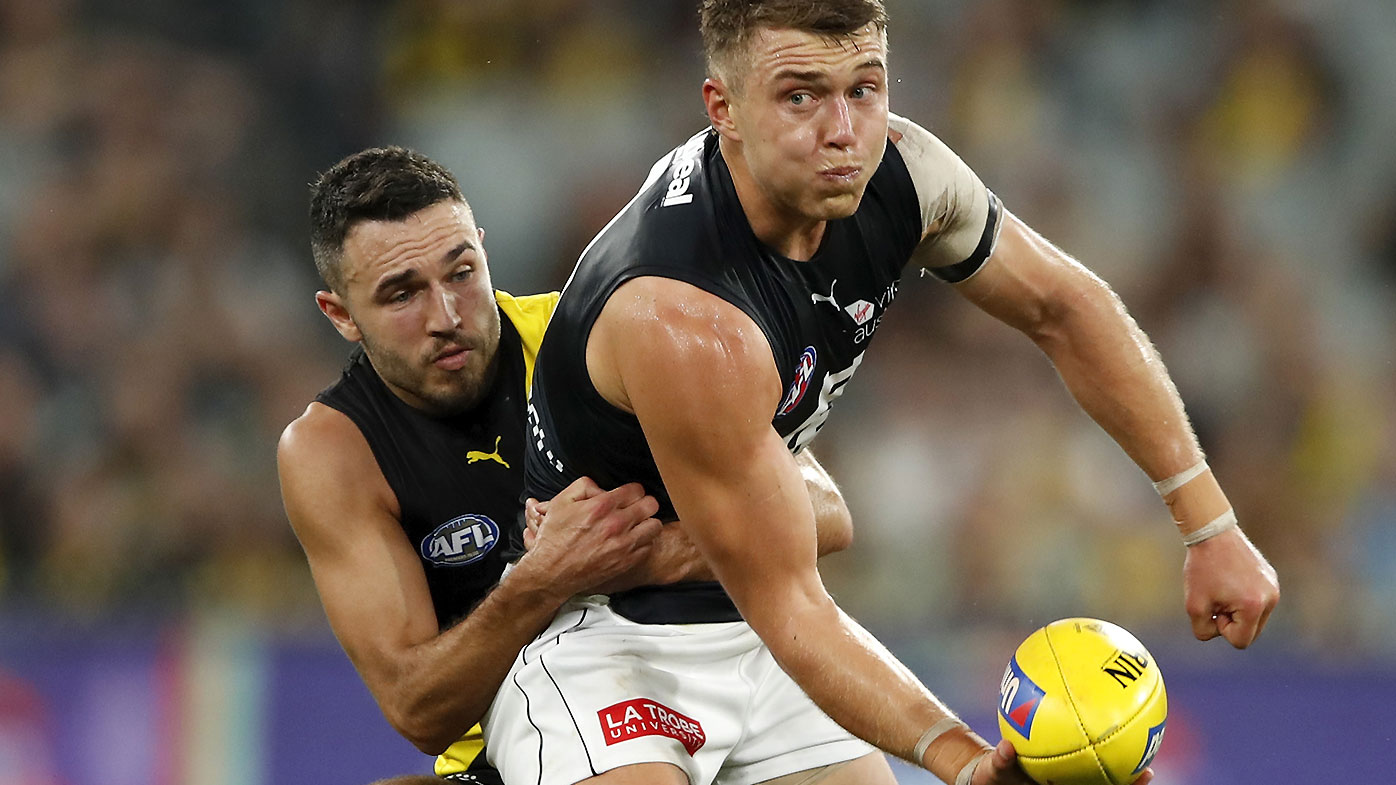 “I like him as a player, don’t get me wrong, but I just wouldn’t pay him along the lines of the Dangerfields, Bontempellis of the world.

“I’ve heard some ridiculous numbers like $1.3 million for Patrick Cripps, I wouldn’t get sucked into that.

“Lachie Neale wins a Brownlow, he’s probably on $800,000, Patrick Dangerfield we know is probably not earning that type of money. I’d love him on my team, he’s a great captain, he’s tough, but he doesn’t hurt you.” 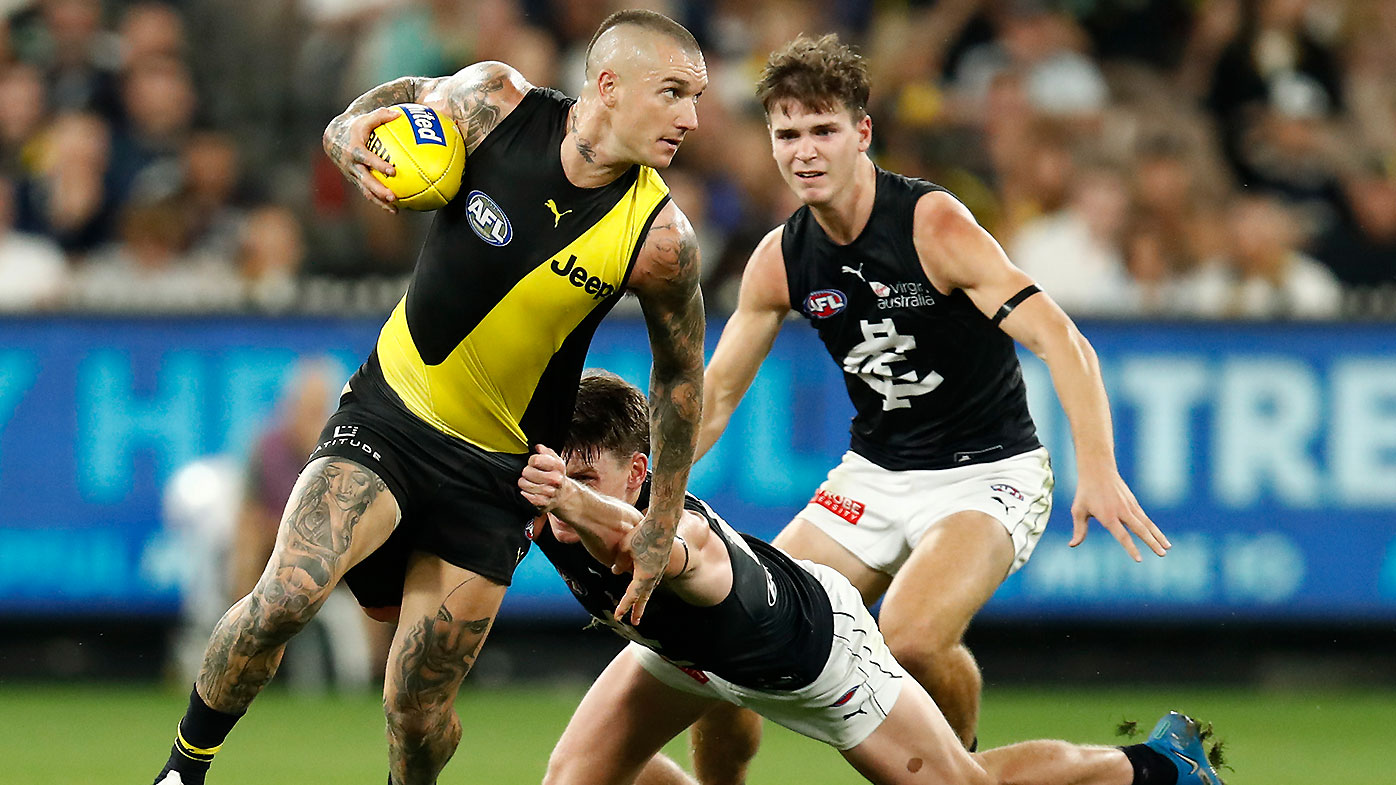 Cornes’ sentiment was echoed by Matthew Lloyd, who said the Blues should not mirror the bumper seven-year deal Collingwood offered to star ruckman Brodie Grundy.

“You’d hate to lose Patrick Cripps obviously, but the question is if Fremantle offered him $1.1 million, will Carlton have a tough decision to make on whether they match that or not,” he said.

“You do not want to overpay someone, like we’ve talked about with Brodie Grundy, (Collingwood) probably got caught up seven years versus $7 million.

“In hindsight, you’d say did we do the wrong thing by agreeing to that?”