Adelaide kick-started their season with a shock win over Geelong, then two special youngsters stole the show.

The Adelaide Crows kick-started their 2021 season with a shock win over last year’s grand finalists Geelong – and a post-match image of two youngsters has stolen the hearts of footy fans around the nation.

Taylor Walker’s son Hugo and Rory Sloane’s son Sonny went viral across social media, with the duo looking on as the Crows celebrated their win with friends and family in the dressing rooms.

The photo not only showed two young kids watching their dads soak up a big win, but was a touching reminder of the heartbreak suffered by both families.

Hugo and Sonny were both brought into the world following the death of their older brothers, with Walker and Sloane each suffering personal tragedies back in 2018. Both elder sons died before being born.

The duo, co-captains during that season, were forced to take time away from the game at the end of 2018.

Sloane recently opened up on his personal tragedy in the Making Their Mark documentary series produced by Amazon.

The former All-Australian midfielder said he “struggled really early on” with the death of Leo, before later learning how to “grieve in different ways”.

“It took me a couple of months and I remember I went for a surf and (it was) one of the most beautiful moments, and it reminded me of Leo,” he said. 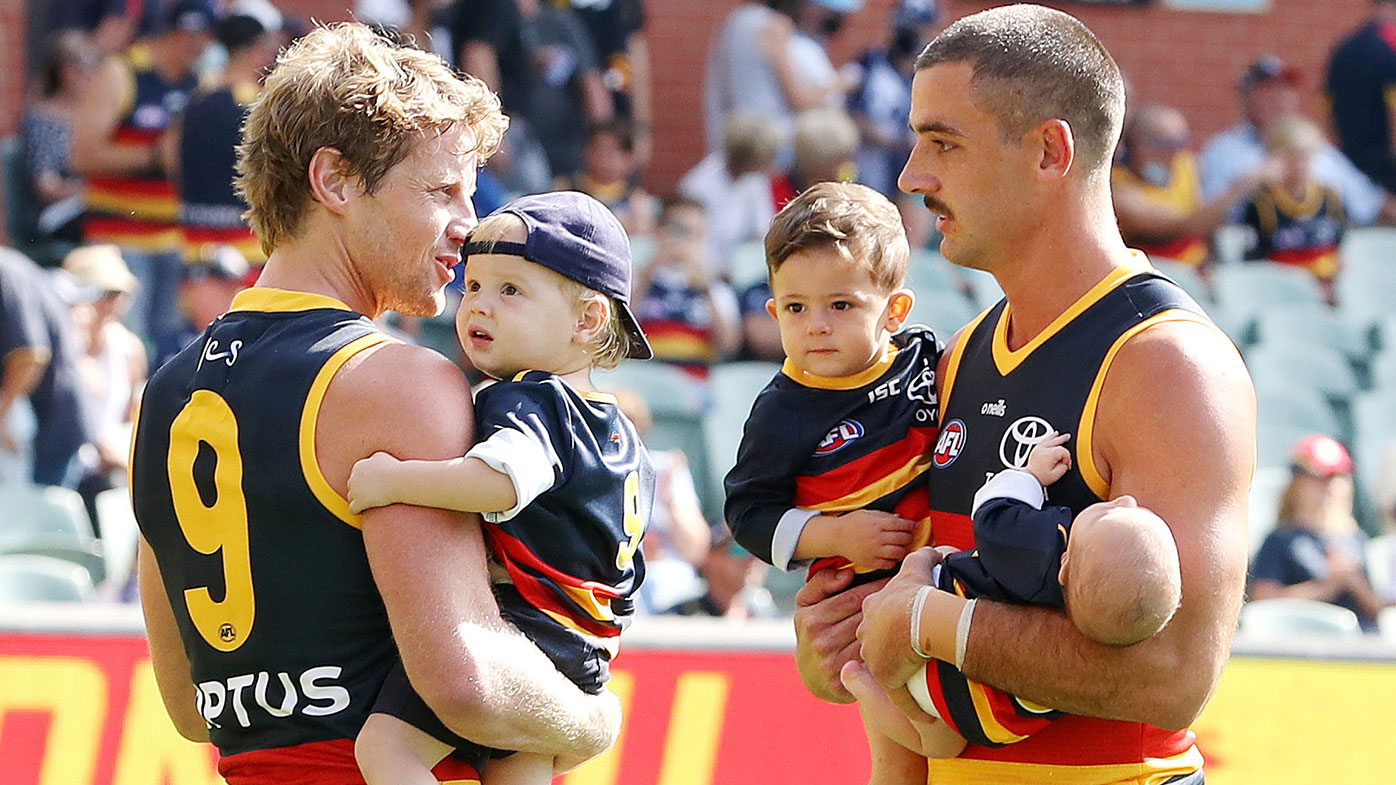 “This is a really happy moment reminding me of my son, and then I started realising you could grieve in a really positive way. I started to grieve by finding different, really nice moments in day to day life that made me think of Leo.