Kane Cornes has slammed Collingwood’s approach to former Pie Adam Treloar, but he was hit with a fierce rebuttal.

Treloar suited up against the Magpies for the first time since being sensationally pushed out of Collingwood during last year’s trade period, turning in a strong game as the Western Bulldogs surged to a 16-point win at the MCG.

And Cornes was in fierce opposition to an interaction between Treloar and young Collingwood midfielder Tyler Brown ahead of the opening bounce, in which the Magpie hugged his former teammate, shook his hand and appeared to have a jovial conversation while smiling. 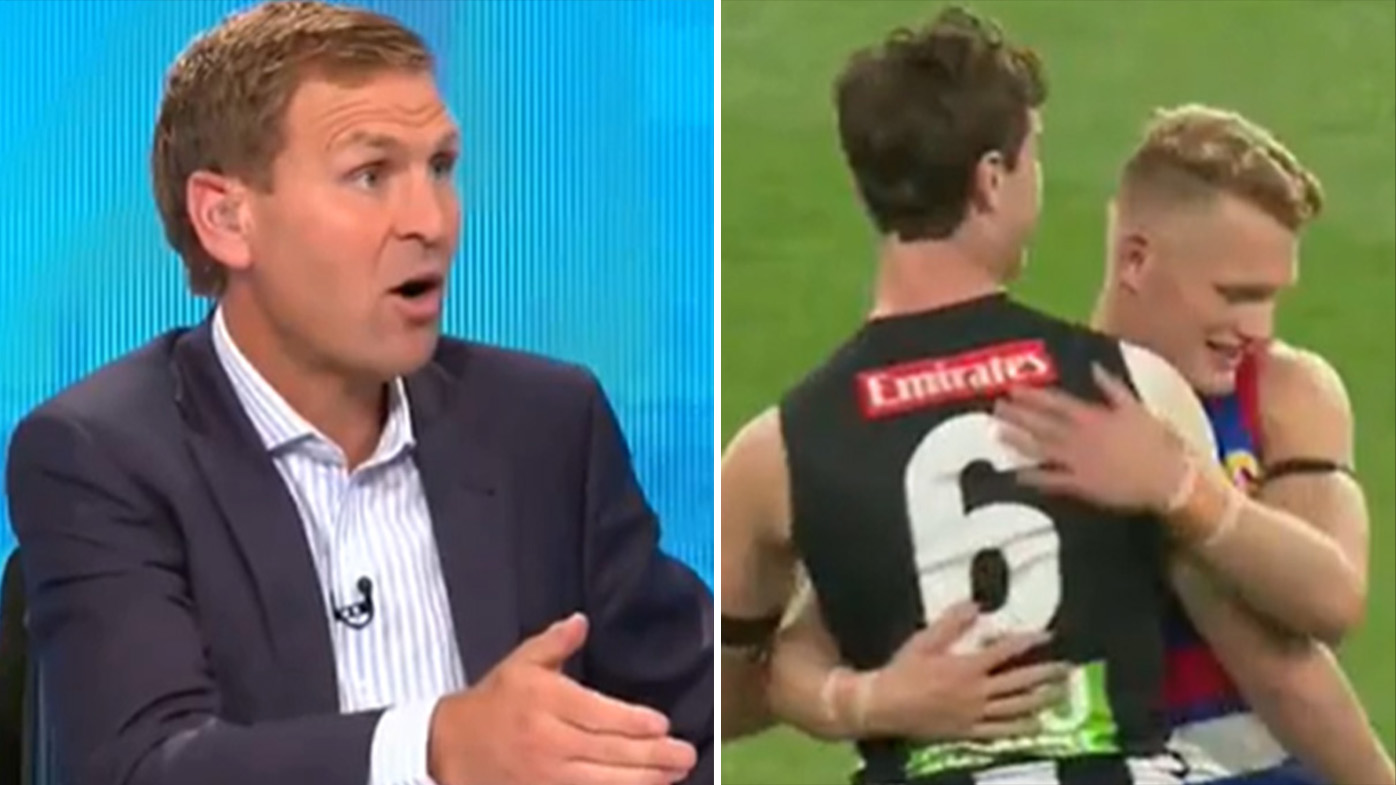 “As the opposition you want to make life tough for your opponent you’re coming up against,” Cornes said on Wide World of Sports Sunday Footy Show.

“This is prior to the bounce with Brown just giving him (Treloar) a hug.

“I wanted to see some intimidation and some aggression from Collingwood to make life uncomfortable for him, because we knew he was nervous about this.

“But this is what you got … There was no physicality against Treloar.

“Not that he did anything wrong for leaving Collingwood – don’t get me wrong.

“Has that mindset just totally disappeared from the game, though, Kane?” Barrett asked.

“Gone, Damian,” Cornes said. “The amount of times I see players shaking hands before the game…” 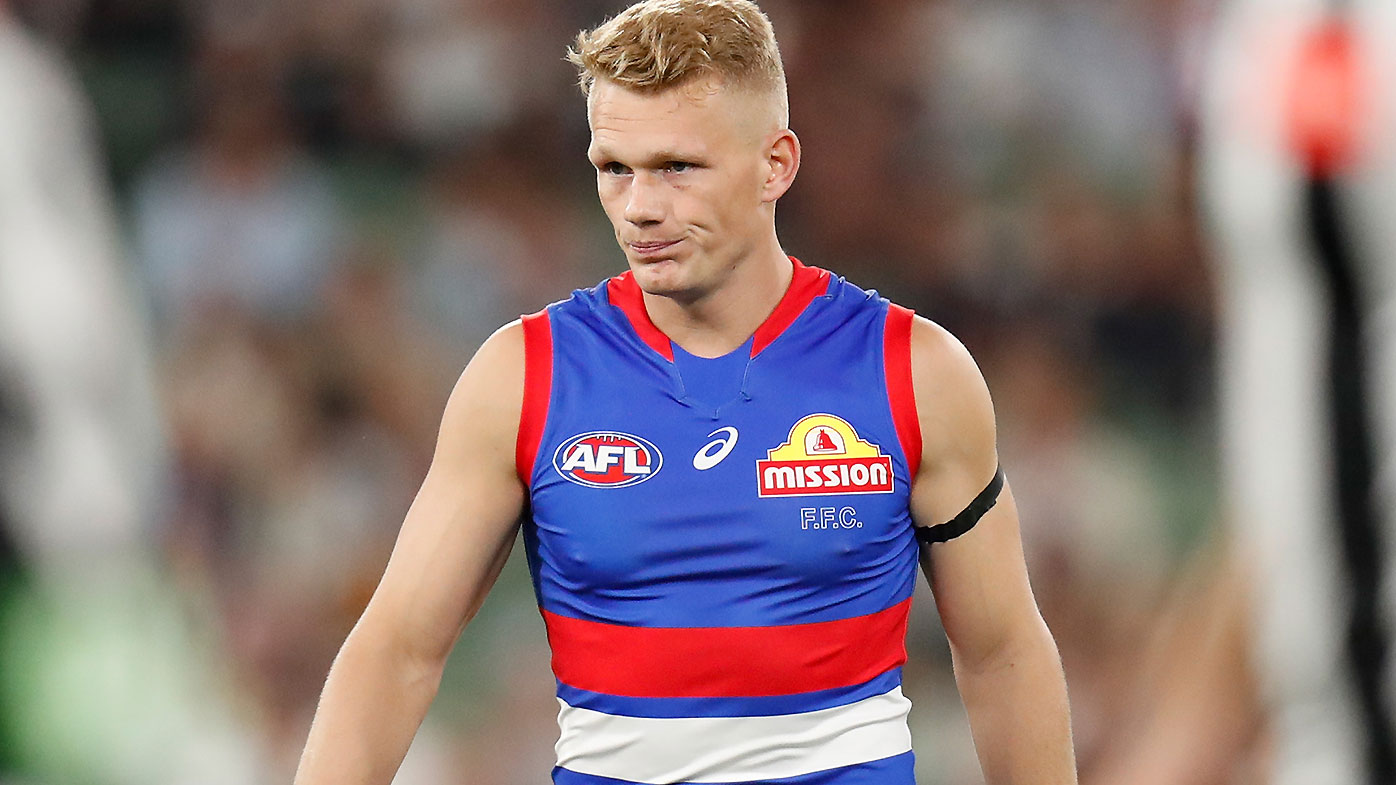 “But what’s wrong with shaking hands before the game?” Jones asked.

Cornes wound back time to his footy days, in which he racked up 300 games with Port Adelaide between 2001 and 2015.

“Never once did any opponent I played against come up and say, ‘Hey mate, I look forward to you running around annoying me today’,” Cornes said.

Jones then quipped the following tongue-in-cheek comment: “That says more about you as a bloke, mate.”

“I don’t think they should be hugging before the game,” Brown said.

“After the game is fine and we saw how much they respected Adam Treloar, but before the game you’ve got a job to do and I don’t think it’s hugging the opposition.”

Treloar had a brilliant first touch as a Bulldog, collecting the Sherrin 80 metres from goal, taking two bounces and hitting Aaron Naughton with a missile, who walked back to slot a six-pointer.

Treloar finished the match with 18 possessions, 10 of which were contested.