Lance Franklin could potentially play his first AFL match since Round 23, 2019 next Saturday against the Adelaide Crows.

Lance Franklin is a step closer to playing his first AFL match since 2019 after getting through a reserves match unscathed this weekend.

The 34-year-old turned out for the Swans reserves against the GWS Giants and played 60 minutes in what was his first competitive clash in over a year as he fights to return from a series of soft-tissue injuries that caused him to miss all of last season.

While it remains unclear if Franklin will return to the AFL level next Saturday against Adelaide due to a six-day turnaround, ex-teammate and close friend Jordan Lewis said it would be unlikely that the four-time Coleman Medallist would play in two consecutive reserves games.

“I think that was the premise of playing in the seconds (on Sunday) that if he got through unscathed that he’d be a chance to play next week,” Lewis told Fox Footy.

“He wouldn’t have played too many reserves games, but he’ll be looking to get back in.” 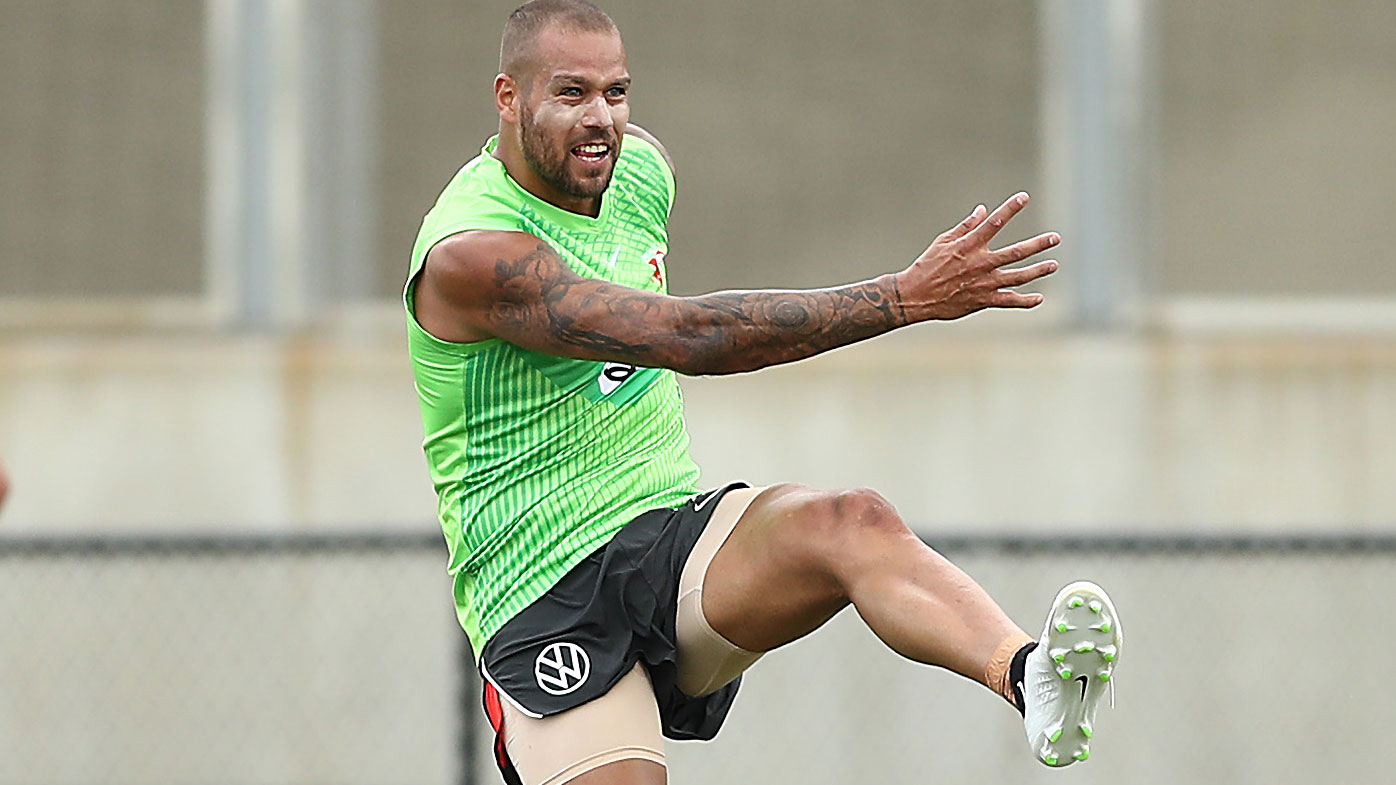 “The challenge at the moment is when you’re not training as much, you don’t get to that stage where you can train with the team a hell of a lot, but he’s been doing that up until now,” he said.

“We’ll work out what that looks like for this week, we’re not sure just yet. It’s very much day by day. We have a rough outline of the plan and then we go with how he’s feeling and we’ll work that out as we go.

“We’ve got a framework of what we’d like him to do before he plays. But it’s mainly about just getting some miles in the legs, which he’s been doing. When we feel he’s ready to go, he’ll play – and he’s very much on board with that.

“He’s been terrific as far as what he’s been doing and even his advice to us and what he thinks needs to be done.”

For a daily dose of the best of the

breaking news and exclusive content from Wide World of