The Broncos are a poor team with an inexperienced roster that not even club icon Kevin Walters can quickly resurrect.

The Broncos are a poor team with an inexperienced roster that not even club icon Kevin Walters can quickly resurrect.

That’s the brutal truth seeping in after just two rounds of the NRL, with Brisbane still winless. The once-mighty Broncos have not won in 13 games and more than 250 days, stretching back to mid-last season en route to the wooden spoon.

There is already scrutiny on Walters, a five-time premiership-winning player at the club who is in his first head coaching role. Brisbane were poor in a 28-16 loss to the Titans on Friday night, with a pair of tries to defected superstar David Fifita rubbing salt in the wound.

There is already speculation over a third coming at Brisbane for Wayne Bennett, the iconic six-time Broncos premiership winner who finishes as South Sydney coach after this season.

“The scary thing is it’s Round Two and we’re trying to throw Kevvy under the bus already,” Broncos great Sam Thaiday said on The Sunday Footy Show. 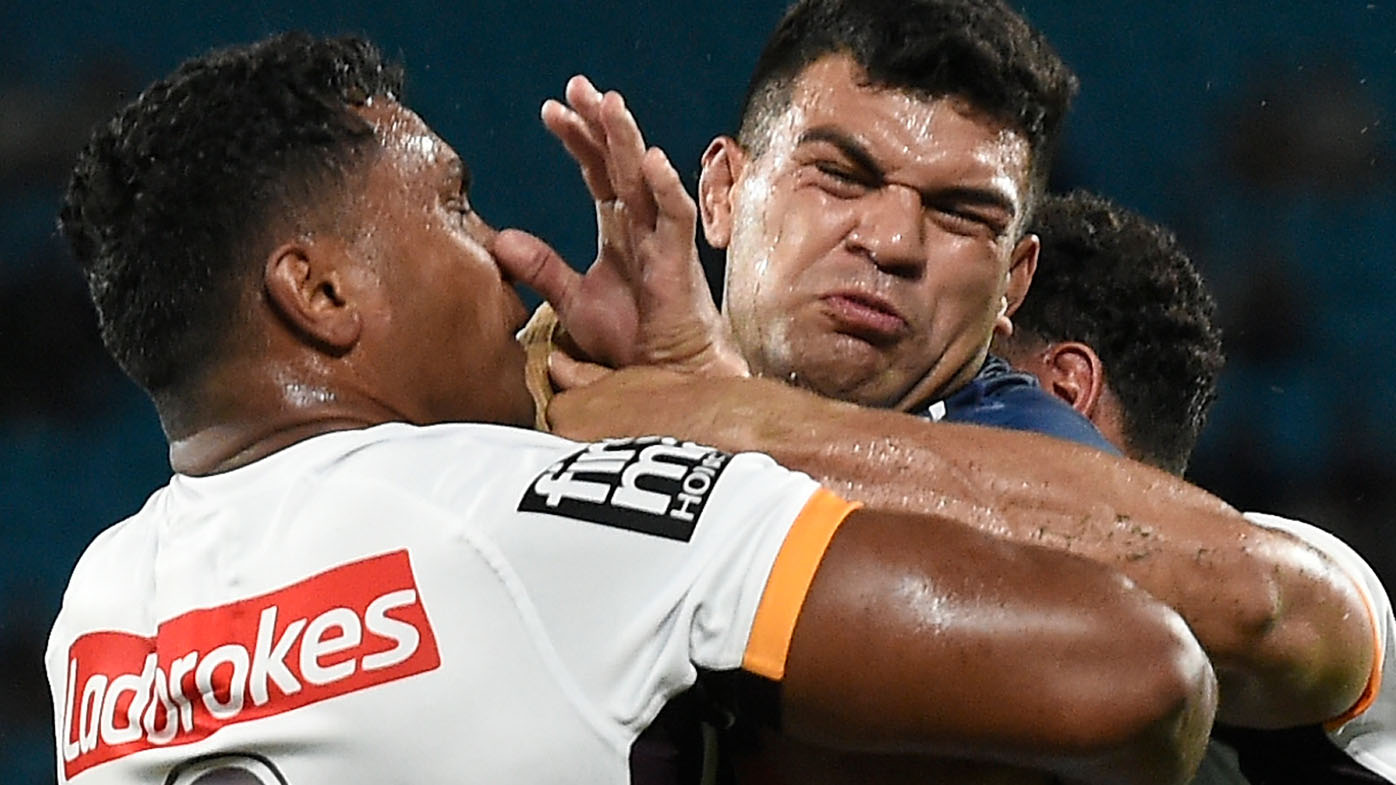 “I think we kind of need to back off a little bit. It was if in Round One they took one step forward but then against the Titans they took two steps back, which was a little bit disappointing.

“I think that seven minutes before half-time really hurt them against the Titans, let some really soft tries in and then they were chasing their tail from that point on.

“I don’t think they have the depth in the list right now to be chasing points. They need to try to really work hard to get into an arm wrestle, to make sure there in it at a point in time where they can score points.”

“I think it will be like that for a while, I think there will be steps forward and steps back,” Sterling said.

“A big part of that has to do with the fact that they have such a young roster that’s been assembled.

“It’s really difficult; the one thing that Kevin has to try and do is put old heads on young shoulders and that’s not easy to do.

“It will be interesting to see how he handles that. There will be a grace period, then the pressure will build.

“But this is a long journey, especially because he doesn’t have a lot of leaders in the club and there are a lot of young players who just haven’t been in this position before.”

NSW and former Roosters coach Brad Fittler said that the injury absence of Payne Haas and Kotoni Staggs was a big handicap for the Broncos.

“They are young blokes, so I think what Sterlo said is [right]. How they’ve got that roster to the stage where they’ve got very little experience there is the biggest fault.

“Chris Anderson always said you’ve never coached unless you’ve lost four in a row. So, Kevvy, hold on brother. Hold on. You’ll be right. I tell ya, when you lose four…”

Sterling said that it was not all bad for Brisbane.

“The problem for this team is that they don’t have resilience yet and games get away on them quickly. The first two weeks this year, they’ve competed but all of a sudden…

“The last two weeks, they’ve conceded four tries in a row and all of a sudden, the scoreboard, it’s out of whack.”

The Broncos’ woes deepened last week when highly-rated young fullback Reece Walsh chose to sign with the New Zealand Warriors, despite long being tagged as a future NRL star at Brisbane.

There are now reports that the Titans are trying to entice young guns Staggs, Xavier Coates and Brendan Piakura to reunite with Fifita.