Footy great Dermott Brereton made an enormous call on Sydney as they romped to victory over Brisbane.

Hawthorn legend Dermott Brereton may have delivered the Sydney Swans’ highly touted crop of youngsters their most glowing praise yet.

While the Swans have lost a long list of experienced champions in recent years – headlined by Jarrad McVeigh, Kieren Jack, Heath Grundy, Nick Smith and Dan Hannebery – young footballers have not only replaced them on the club’s list but thrived.

Oliver Florent, Tom McCartin, Hayden McLean, Colin O’Riordan and James Rowbottom are just some of the Swans driving Sydney as they aim to climb out of the bottom four and back to premiership contention.

Brereton gave three other fresh-faced Swans – Nick Blakey, Sam Wicks and Erroll Gulden – an enormous endorsement early in the third quarter of Sydney’s upset victory over the Brisbane Lions at The Gabba. 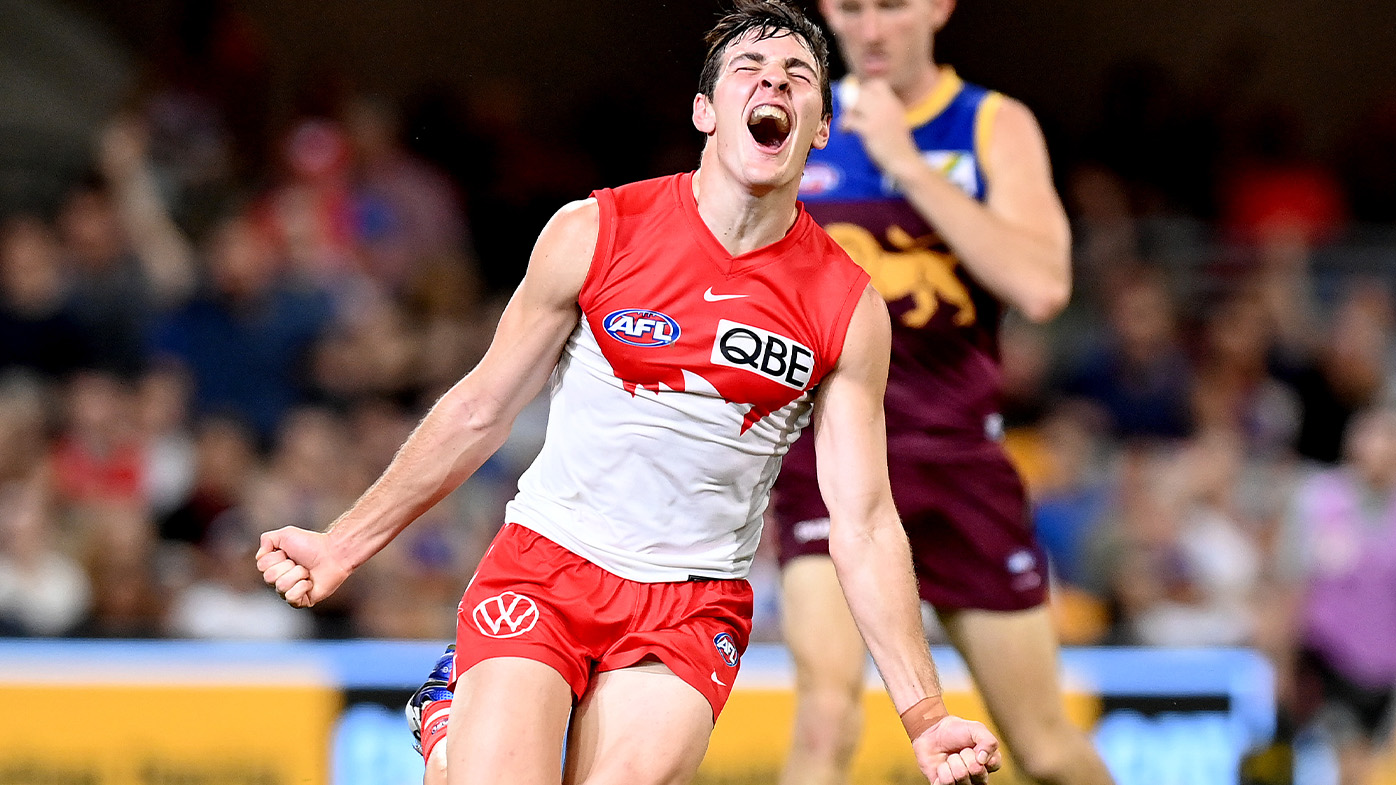 Wicks beat Ryan Lester with a classy use of agility and hit Gulden with a bullet pass, before Gulden showed brilliant awareness to find Blakey at centre-half forward. Blakey then walked back and slotted the goal to hand the Swans the lead.

“That’s a great snapshot of the future,” Brereton said on Fox Footy’s coverage.

“Wicks to Gulden to Blakey. That’s another 750 games still to play.”

Brereton is essentially backing Blakey, Wicks and Gulden to play an average of 250 games each.

Blakey is 19 and played his 38th game tonight, Wicks is 21 and notched only his eighth and Gulden, pick 32 in the 2020 national draft, is 18 and made his AFL debut against the Lions.

“The beauty of this game has been the way the Swans have moved the ball, how they’ve played football,” Healy said.

“This is a group of kids who have got high kicking skill levels and high winning-the-ball levels, and the game has opened up for them by rule changes and maybe coaching philosophies. That’s worked to their favour.”