Kyle Feldt may be set for a stint on the sidelines after he was placed on report for a crunching tackle on Dragons star Jack Bird.

Cowboys star Kyle Feldt may be set for a stint on the sidelines after he was placed on report for a crunching tackle on Dragons star Jack Bird.

Shortly before half-time in the Dragons’ 25-18 win over the Cowboys, Feldt lined up Bird one-on-one and folded him with a sensational hit.

That had the crowd At Country Bank Stadium in raptures as both sides fired up in the aftermath of the challenge.

But much to the dismay of the Queenslanders, Feldt was placed on report for a dangerous throw and will await the verdict of the MRC. 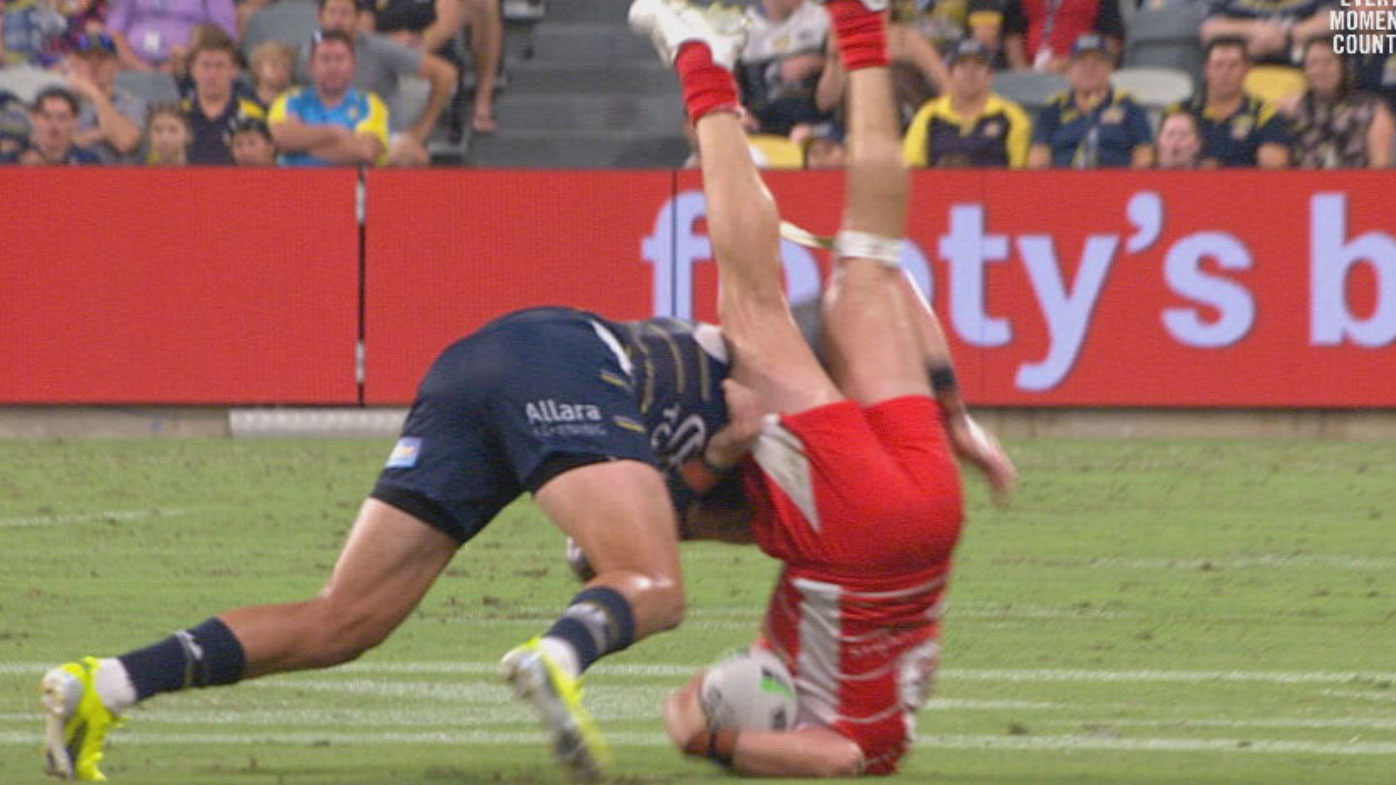 “It was a terrific tackle, and in a millisecond it just goes fractionally wrong,” Michael Ennis said on Fox Sports.

“The collision was great. At full speed it was just a good technical driving tackle, but it just went above the horizontal and Jack Bird’s head hit the ground.

“He probably is in a bit of strife but I don’t think there is any intent deliberately.”

Kangaroos coach Mal Meninga conceded he was a fan of the “old-school” his from Feldt, but conceded it was unacceptable in the modern game.

“I’m old school and it was a really good front on tackle in the old days, but not today unfortunately,” Meninga said.

“He is in trouble and he is going to get suspended for some matches, but lets minimise it.

“I mean Jack Bird wasn’t hurt. He just jumped back up again. He will be in a bit of trouble, but hopefully it is minimal.”

Feldt also lined up Bird for a second big-hit in the dying moments of the match that was above board.