LeBron James injured his right ankle during the Los Angeles Lakers’ game against the Atlanta Hawks on Sunday.

LeBron James injured his right ankle during the Los Angeles Lakers’ game against the Atlanta Hawks on Saturday (Sunday AEDT), leaving the court in visible frustration after attempting to play through the injury.

James left early in the second quarter, and the team later announced he would not return. The Lakers didn’t say whether James will have X-rays or an MRI.

The 17-time All-Star got hurt when he rolled his right ankle and then made awkward contact on the perimeter with defender Solomon Hill, who was called for a foul on the play. James fell to the court and screamed, briefly rolling around in obvious pain. 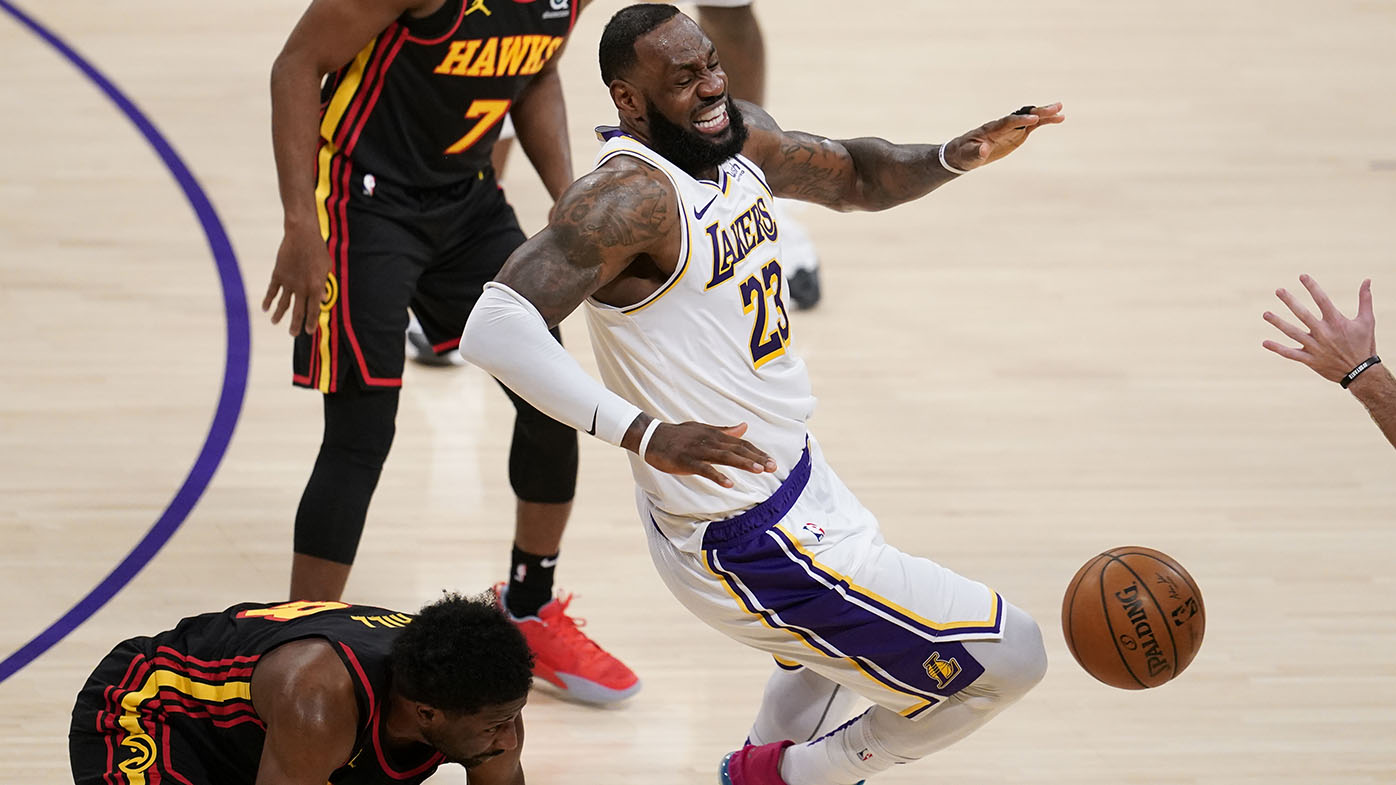 But he got up shortly afterward and walked it off during a timeout, retying his shoes and returning to the court. The 36-year-old superstar stayed in the game and even hit a corner three-pointer on the Lakers’ ensuing possession.

James then called another timeout moments later and took himself out of the game with 10:04 left in the first half. He smacked a chair in frustration, knocking it over as he walked off the court behind the Lakers’ basket.

He immediately went to the locker room accompanied by the Lakers’ training staff and Anthony Davis, who hasn’t played since Valentine’s Day due to a right calf injury. 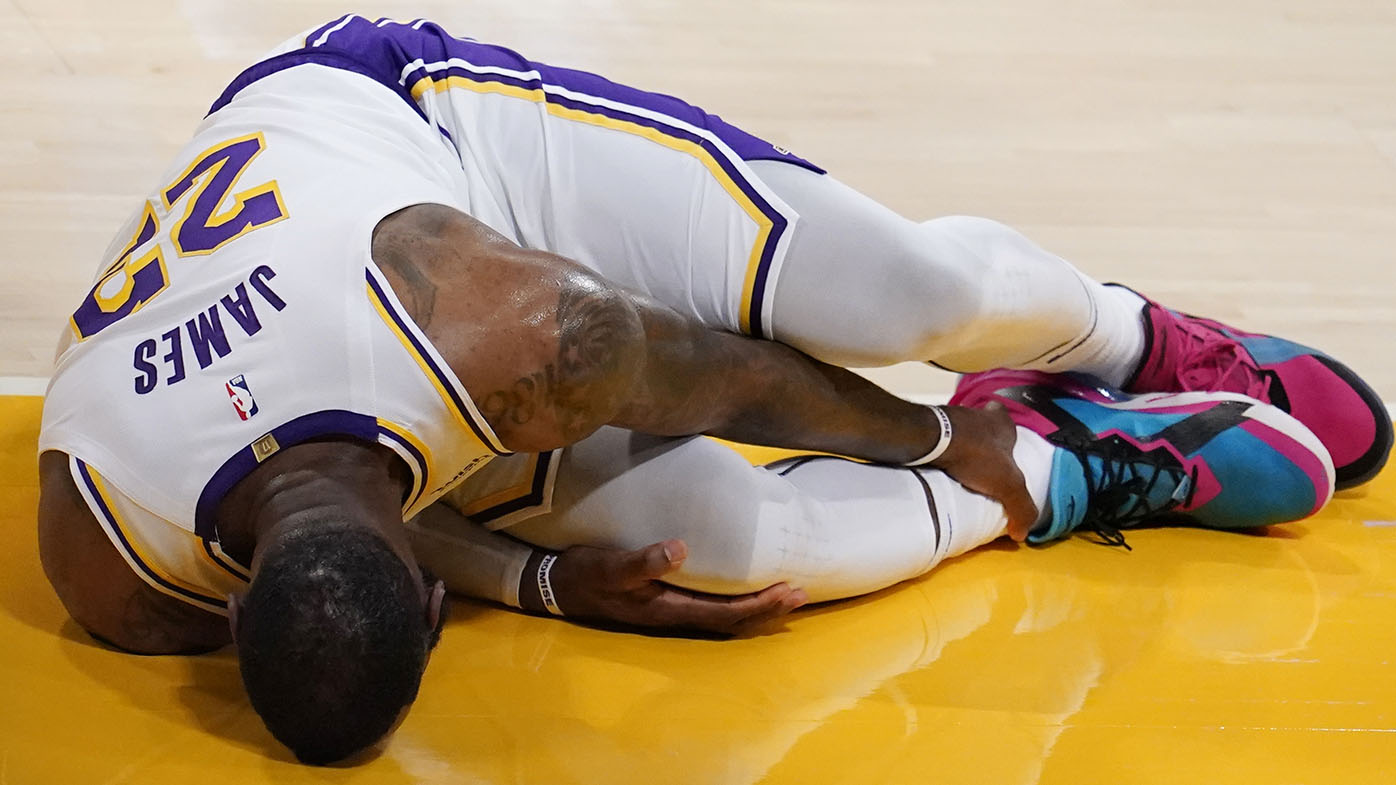 James is averaging 25.8 points, 8.1 rebounds and 8.0 assists in a commanding 18th NBA season for the defending champion Lakers, who sit second in the overall NBA standings despite Davis’ lengthy absence.

James’ inspired play is the biggest reason for Los Angeles’ continued success, with his teammates and observers around the league touting him for his fifth NBA MVP award. He was playing the final game of a spectacular individual week during the Lakers’ four-game winning streak, with back-to-back triple-doubles before a 37-point performance against Charlotte on Thursday.

James’ 3-pointer gave him 10 points against the Hawks, extending to 1,036 his NBA-record streak of consecutive games scoring in double digits. The streak is by far the longest in NBA history, with Michael Jordan second at 866.

In addition to his incredible talent, James has been remarkably durable over his NBA career. He had never missed more than a handful of games in any season before his first year with the Lakers, when a groin injury sidelined him for 17 consecutive games.

James has missed only one game this season, sitting out the Lakers’ final game before he had to travel to Atlanta for the All-Star break.

The Lakers’ next game is Sunday (Monday AEDT) at Phoenix.