Shane van Gisbergen set a new Supercars record with his win at Sandown, just two weeks after breaking his collarbone.

Just a fortnight after breaking his collarbone in a mountain bike accident, Holden driver Shane van Gisbergen has recorded an incredible victory in the opening race of Supercars round at Sandown.

Starting from 17th on the grid, van Gisbergen made history with the win, with no driver having ever won a Supercars sprint race from that far back.

The previous record was set way back in 1965, when Norm Beechey won from 14th on the grid, also at Sandown.

The Triple Eight driver passed Cam Waters for the lead at the start of the final lap, having been fifth five laps earlier.

“What a remarkable drive.”

The win maintains his perfect record for the season, having won both races at the opening round at Bathurst.

Exactly 14 days ago van Gisbergen had a plate inserted into his left collarbone.

“I had so much help the last couple of weeks,” van Gisbergen said. 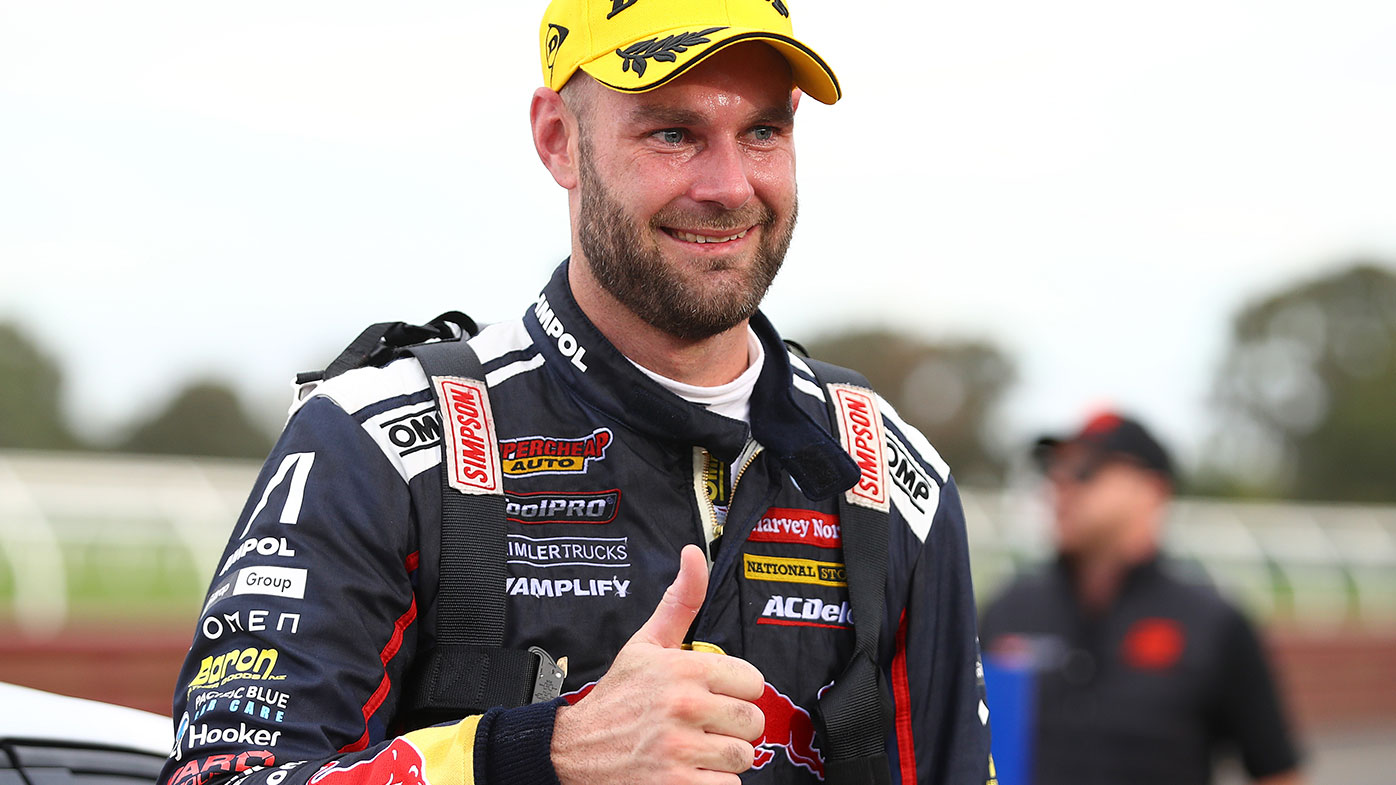 “Good surgeons, the hyperbaric chamber, a nice girlfriend looking after me, good physio, it’s been a pretty tough two weeks.

“I feel awesome in the car, hopefully it was a good show to watch.

“It hurts, but I’m not damaging it by driving, so (I’ll) try again tomorrow.

Commentator Neil Crompton said it was one of the finest drives he’s seen.

“Even his most fierce detractors would have to dip their hat and say, ‘that’s pretty amazing’,” he said.