Adam Treloar was bizarrely booed when he picked up his first touch, but the now Bulldogs star used it to perfection.

Collingwood fans have been slammed on social media for booing former Magpie Adam Treloar in his first game against his old side.

Treloar, who was traded to the Western Bulldogs in controversial circumstances during the off-season, matched up with Callum Brown and shared a friendly embrace with his ex-teammate before the first bounce.

However, it was the Magpie Army’s reaction to his first possession that left many on social media confused, given the trade to the Bulldogs was not Treloar’s choice, but rather the club’s. 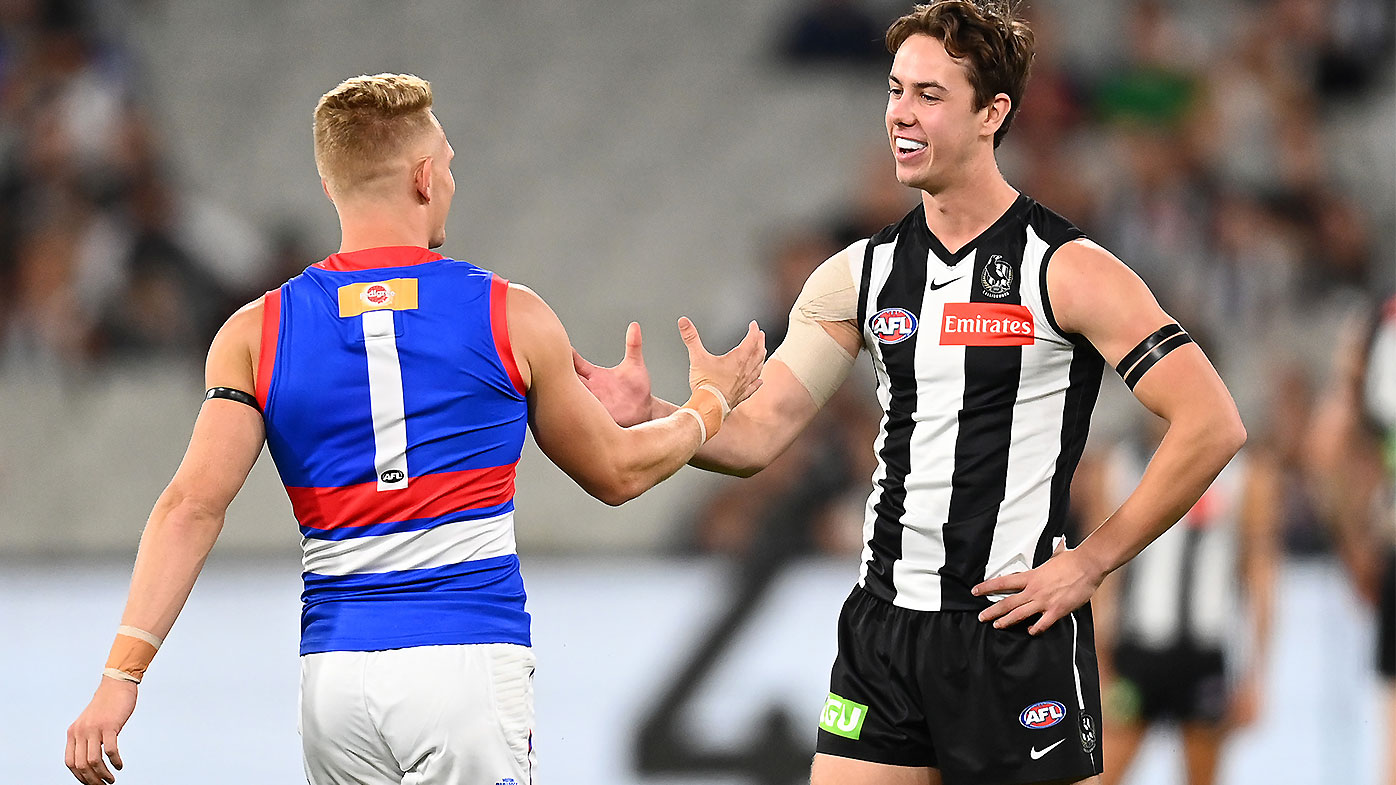 The right-footer picked up the ball on the wing and was met with jeers as he lasered an inch-perfect pass to the leading Aaron Naughton with his first disposal as a Bulldog.

Treloar was immediately embraced by his Bulldogs teammates after his first possession, with skipper Marcus Bontempelli giving him a loving tap on the head.

“I don’t think the Collingwood supporters knew what to do – some were booing, some were cheering, but as soon as that ball came off his boot you could hear the Bulldogs supporters get up and about,” Luke Hodge said on Seven’s coverage.

“They know they’ve picked up an absolute star and got him very very cheap, what a start.”