Swans superstar Lance Franklin could play for the club’s reserves this weekend on his road back to the AFL.

Sydney superstar Lance Franklin trained with the club’s reserves today and the Swans are hoping he will play in a reserves scratch match against GWS this weekend in a bid to make his AFL return in Round Two.

Wide World of Sports confirmed the Swans’ plans with a club source who asked not to be named.

“It’ll depend on how he pulls up (from today’s training session) and then what we’re thinking in terms of his AFL return,” the source said.

“We haven’t ruled it out, but it depends on how he pulls up.

“We don’t have an ideal scenario; it all depends on how he’s feeling at any one time.

“We haven’t got concrete plans in place.”

Franklin hasn’t played an AFL match since notching his 300th game at the SCG in Round 23 of the 2019 season.

The four-time Coleman medallist has battled a long list of soft-tissue injuries since 2018.

Franklin didn’t play a single match in 2020 and was instead placed on a long-term core-strengthening program.

The seventh-greatest goal-kicker in the game’s history appeared to be on track for a Round One return, but those plans hit a roadblock when he strained his calf in late January.

Franklin is in the second-last year of his unprecedented nine-year, $10 million contract, which he took up at the end of 2013 after nine seasons with Hawthorn. 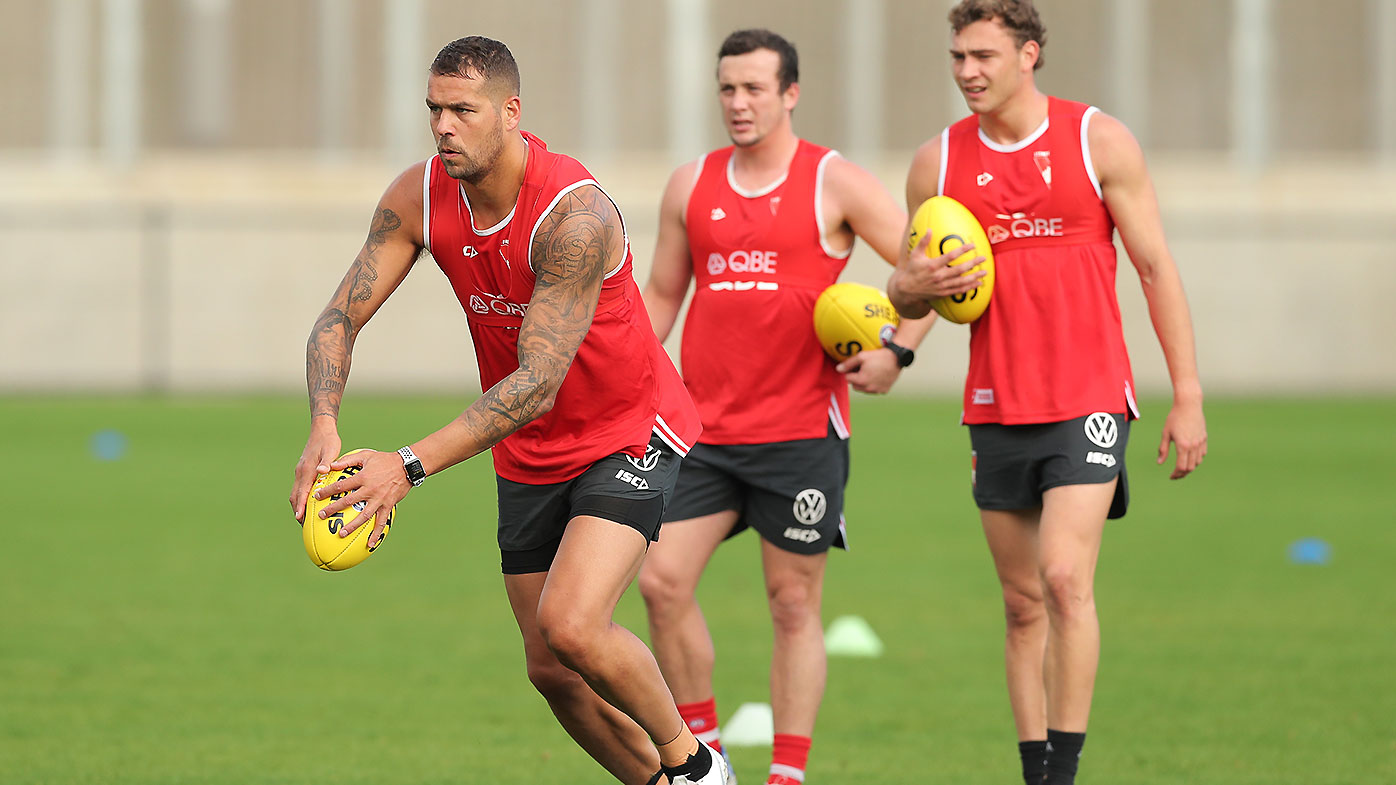