David Campese has slammed the Waratahs as “clueless” after a record fourth straight loss to the start the season.

World Rugby Hall of Famer David Campese has lamented a “clueless” performance from the NSW Waratahs, who created unwanted history on Friday night by losing four straight games to start the season for the first time in the club’s Super Rugby history.

Two late consolation tries denied the Melbourne Rebels a bonus point but the 33-14 hammering at AAMI Park further underscored just how hopeless a situation a proud rugby state has found itself in.

Former NSW star Morgan Turinui said simply that the performance was “not up to the standard of Super Rugby AU” on Stan Sport’s coverage, while praising “an utterly dominant performance from the Rebels.” 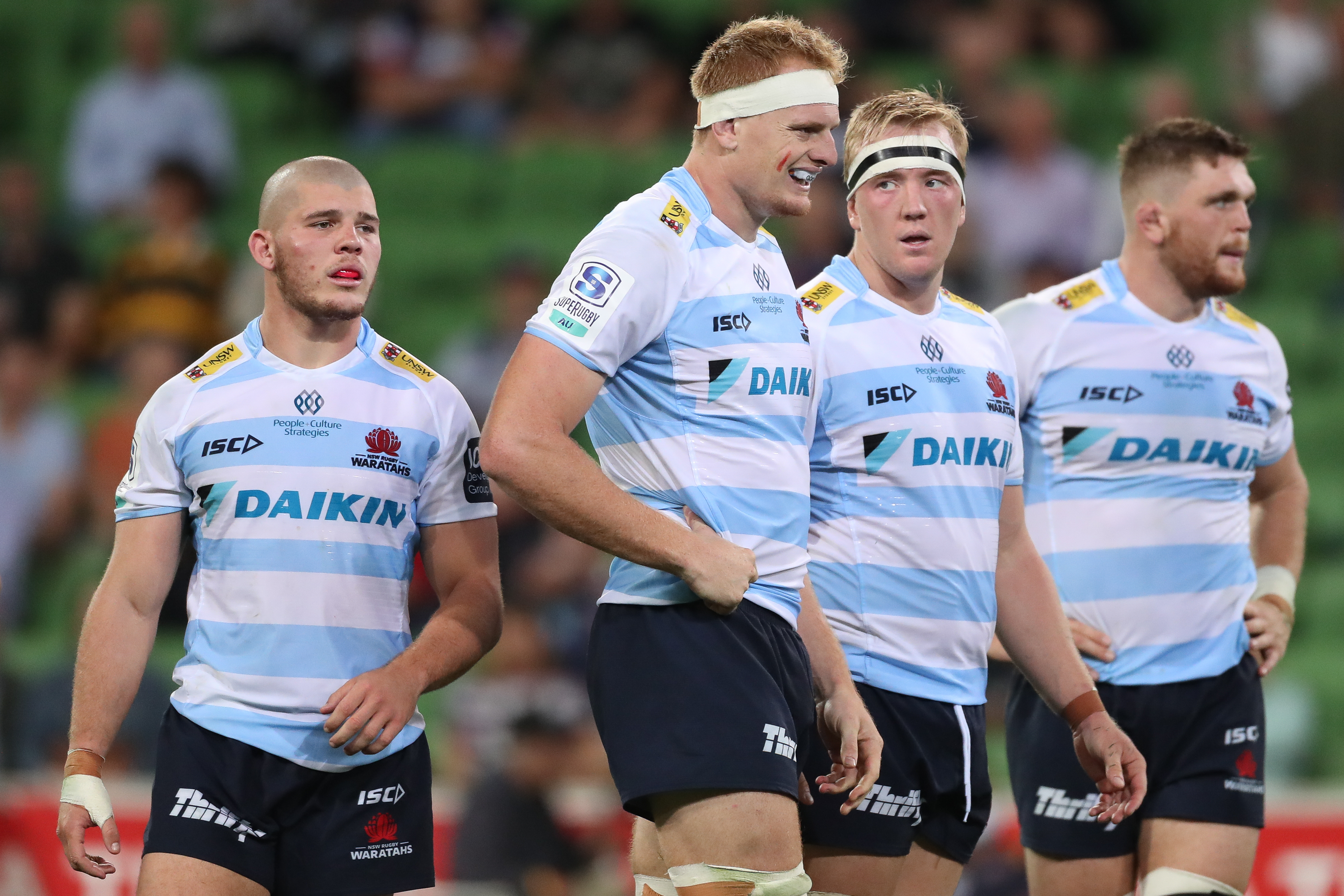 Campese, who has previously applied to be Waratahs coach, said that the problems went far deeper than Rob Penney.

“It’s gone back a couple of years, where the problems started, so those people should be accountable for what’s happening now, but they’re no longer around so you’ve got move on,” Campese said.

“They don’t actually look like they’re enjoying their rugby. You can’t rely on the coach – you’ve got to turn up and play.”

Campese also questioned why young five-eighth Will Harrison played with a minor hip injury that left Jack Maddocks with the goalkicking duties.

“Harrison tonight, one of the best kickers in the game, to have an injury and let him play – the opposition realise he’s not 100 per cent fit so let’s just attack that area.”

Alarmingly, the Waratahs’ next game is against the in-form Queensland Reds, who have just knocked over the defending champion Brumbies.

That could get seriously ugly given the Reds already smashed their fiercest rivals 41-7 in a record win in round one.

Stan Sport’s Roz Kelly asked coach Penney how such a proud club had got to this point.

“There will be a book written at some point,” Penney responded. 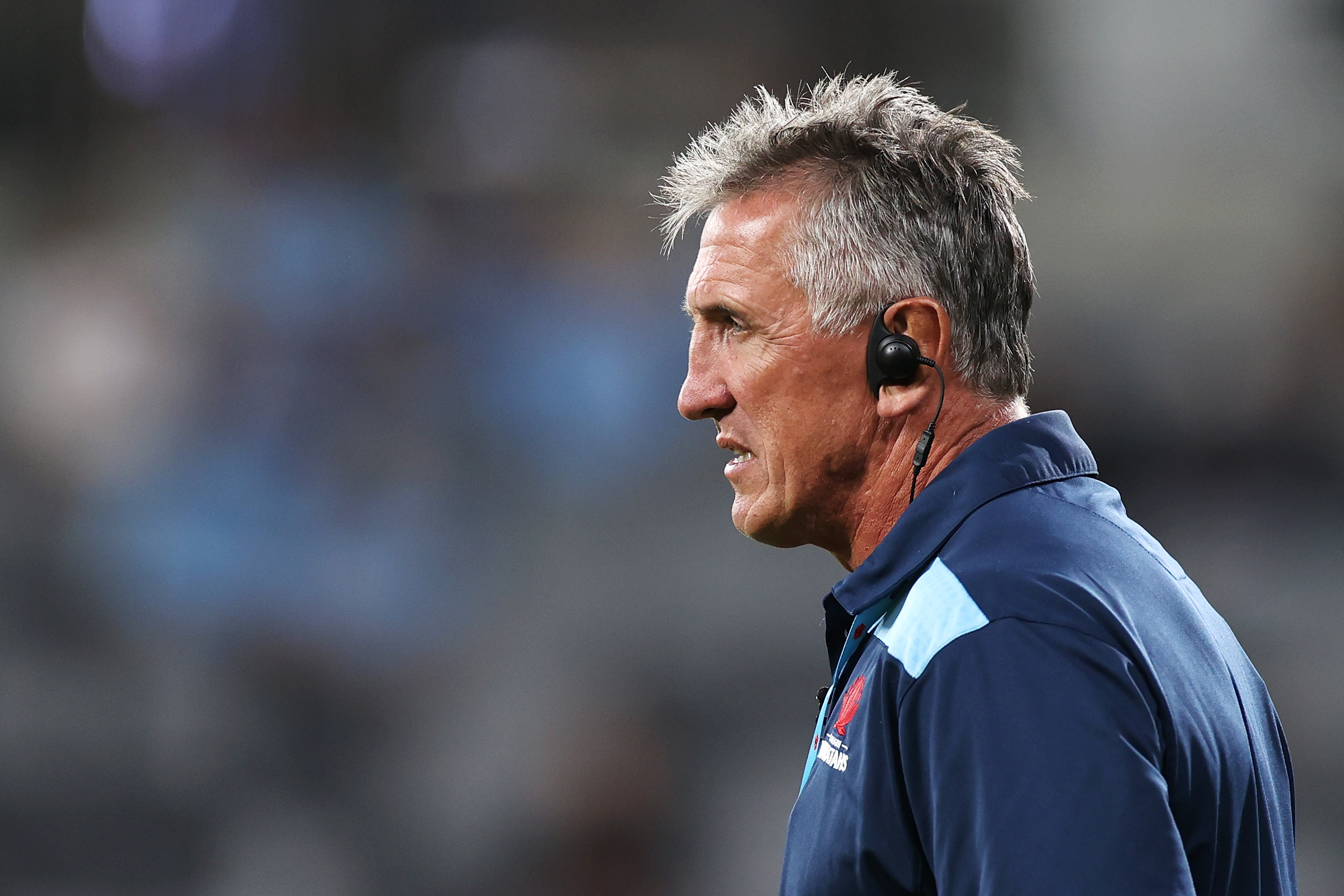 “Tonight is not the time to diagnose all of those. As an organisation there’s a lot of soul searching going on. They (players) understand and take on the criticism, as we all do, but we’ve got to retain a positive mindset.

“We’ll reflect on tonight, turn up to work on Monday and strap the boots on again and get back onto our work. The disappointing thing is we’re better than that.”

Penney said he was “really proud” of the Waratahs coaching team for not putting “undue pressure or stress” on a young team despite wrestling with the notion that “maybe that’s what we need to do.”

“But it’s a relatively inexperienced group,” he concluded.

“If we put the blowtorch on them as well, they’ve got nowhere to go. I guess there’s a lack of experience in some key areas and when you don’t have that, that burden and expectation can weigh heavy. 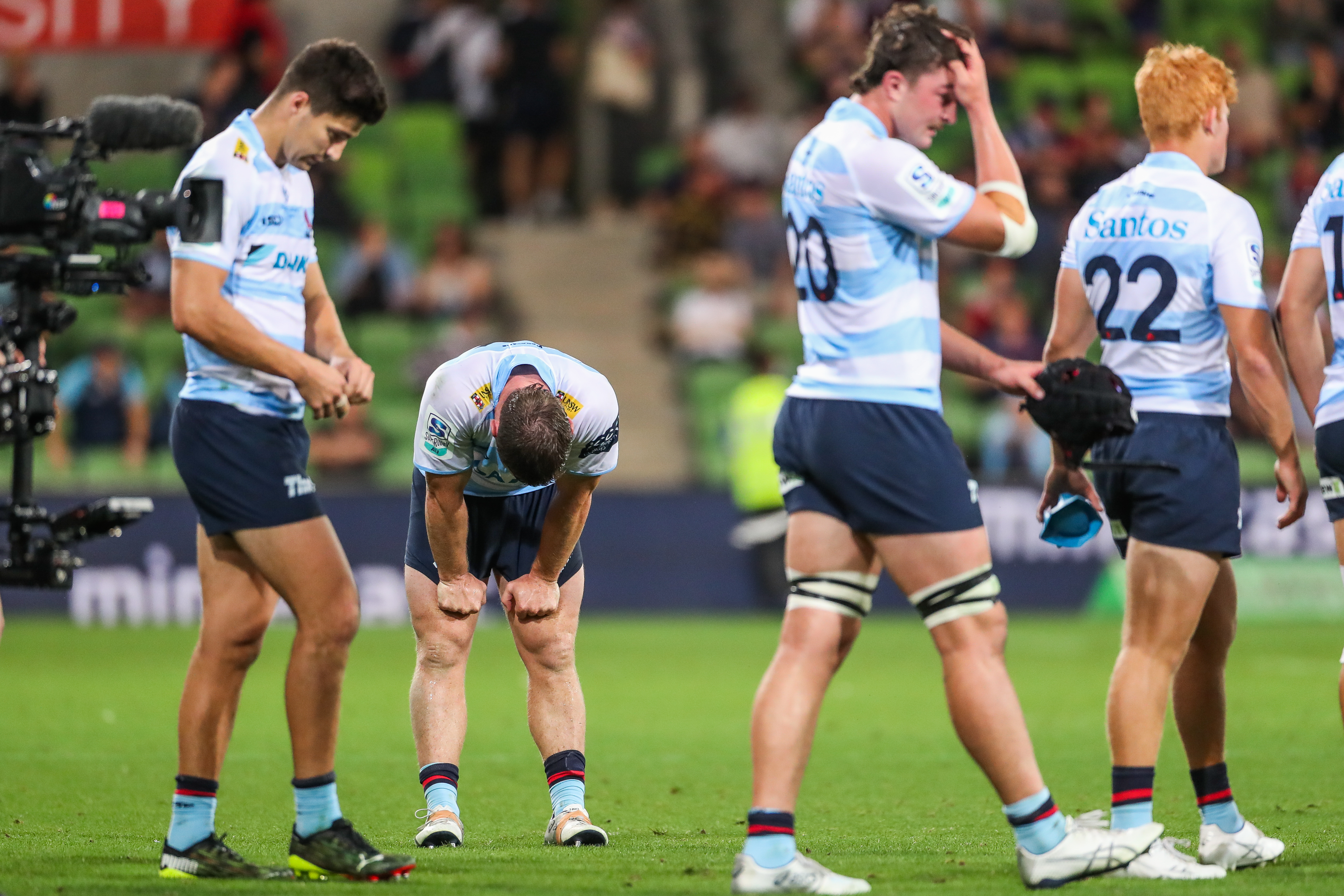 “We’ve got some really good people in our backroom staff coming on board to help us manage that mental stress that’s obviously occurring.”

Former Australian sevens international Allana Ferguson identified a lack of creativity in the NSW game plan and said they were easy pickings for an organised defence.

“When you’re in a period of trauma and desperation, sometimes any change seems like good change,” Harrison said.

“You need to be careful.”