Buckley coaching for his career in 2021: Lloyd

Matthew Lloyd says the fact that Nathan Buckley has not been re-signed is bad news for the Collingwood coach.

Essendon great Matthew Lloyd has suggested that Collingwood coach Nathan Buckley is coaching for his future, saying a failure to reach another grand final could lead to his exit.

Buckley came within minutes of delivering Collingwood to the promised land in 2018, but has since seen his side regress in recent years, with experts predicting another slide down the ladder in 2021.

The 48-year-old is in his 10th season as coach, and Lloyd pointed to the fate of former Kangaroos coach Brad Scott as an example of why this season could be Buckley’s last.

“I went through the record books recently and there’s not too many coaches that have been at the one club for that long who have never won a premiership,” he told 3AW. 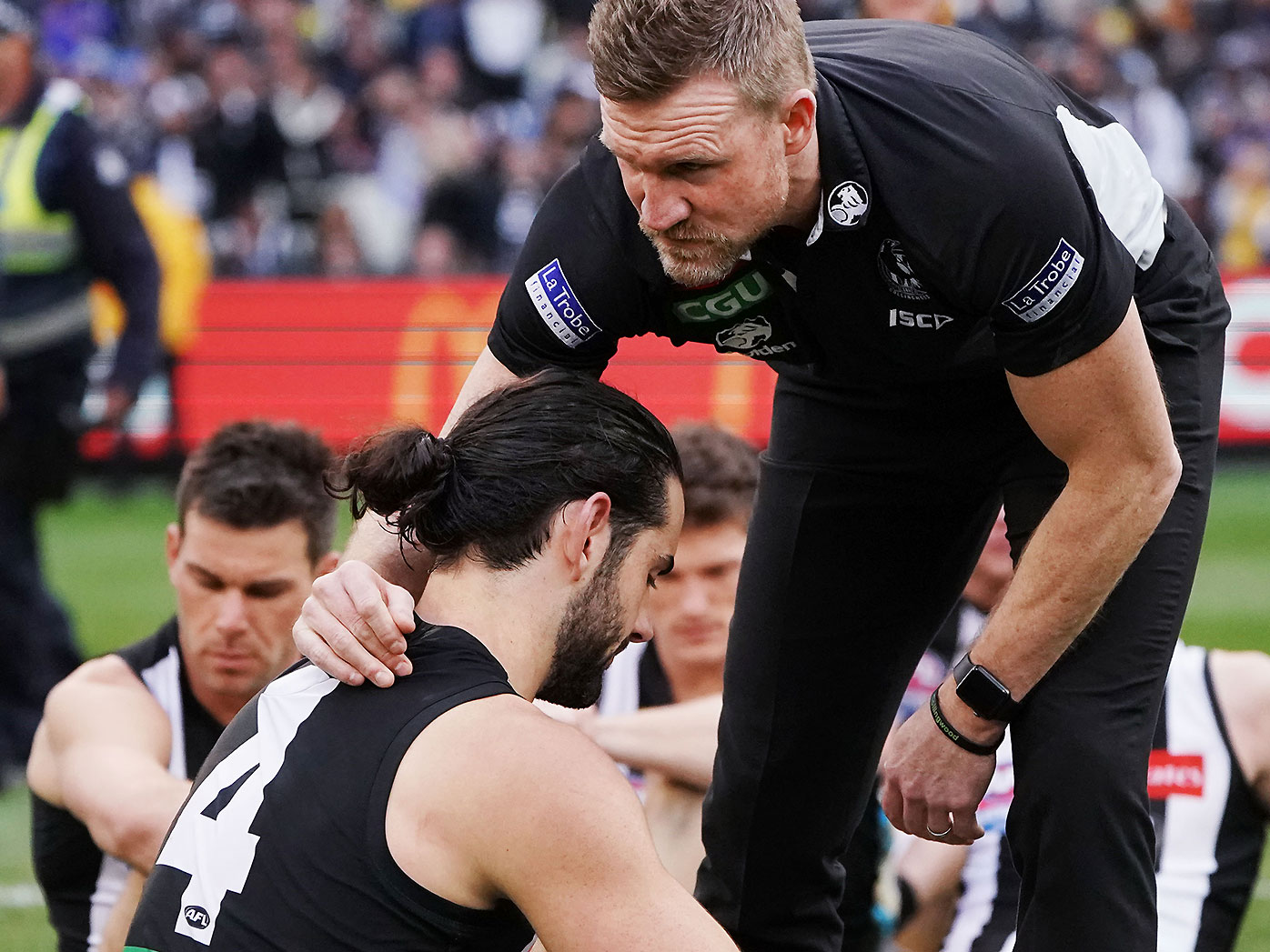 “I just get the feeling that both Collingwood and Nathan could get to the end of the year and say, ‘Look, we’ve had 10 years at it, unfortunately you weren’t able to win us a premiership’.

“It’s rare that you get a coach of Nathan’s standing that gets out of contract. Normally they sign him up and take all that pressure away, but with them not signing Nathan Buckley up going into his final year, it says to me that pretty much Nathan, you’ve got to nearly take us to a grand final, or top four, for you to go on and coach again next year.”

While Lloyd cast doubts over Buckley’s future at Collingwood, he said the club legend had the quality to attract interest from rival clubs if he were to leave the Magpies.

“I feel Nathan, if he has the passion, is too good to not be in the system next year if he wants to be,” he said.

“After the decisions that were made and the way players were handled last year, if they don’t get off to a good start, I feel it could lead to Nathan not coaching the Magpies next year.”