Western Bulldogs great Brad Johnson has made a massive call on the future of young gun Aaron Naughton.

Aaron Naughton showed glimpses of being a champion key forward in the making over his first three seasons in the AFL, but Western Bulldogs legend Brad Johnson believes the youngster should make centre-half back his home.

While the 21-year-old played as a defender in junior footy and was drafted to the Bulldogs as a backman in November 2017, he’s spent the vast majority of his time as a key focal point in attack in his time at the kennel.

But Johnson said the 195-centimetre giant would “tear the game apart” if shifted back to defence.

“My personal opinion on it – and he’s still a developing player. I think centre-half back is where he should evolve to,” Johnson said on SEN radio.

“Just at the moment, he’s a gun player, but he’ll play a good two-and-a-half quarters then he might go missing for a little bit because the ball movement’s slow.

“If he was at centre-half back, he’d be a four-quarter performer every single week. 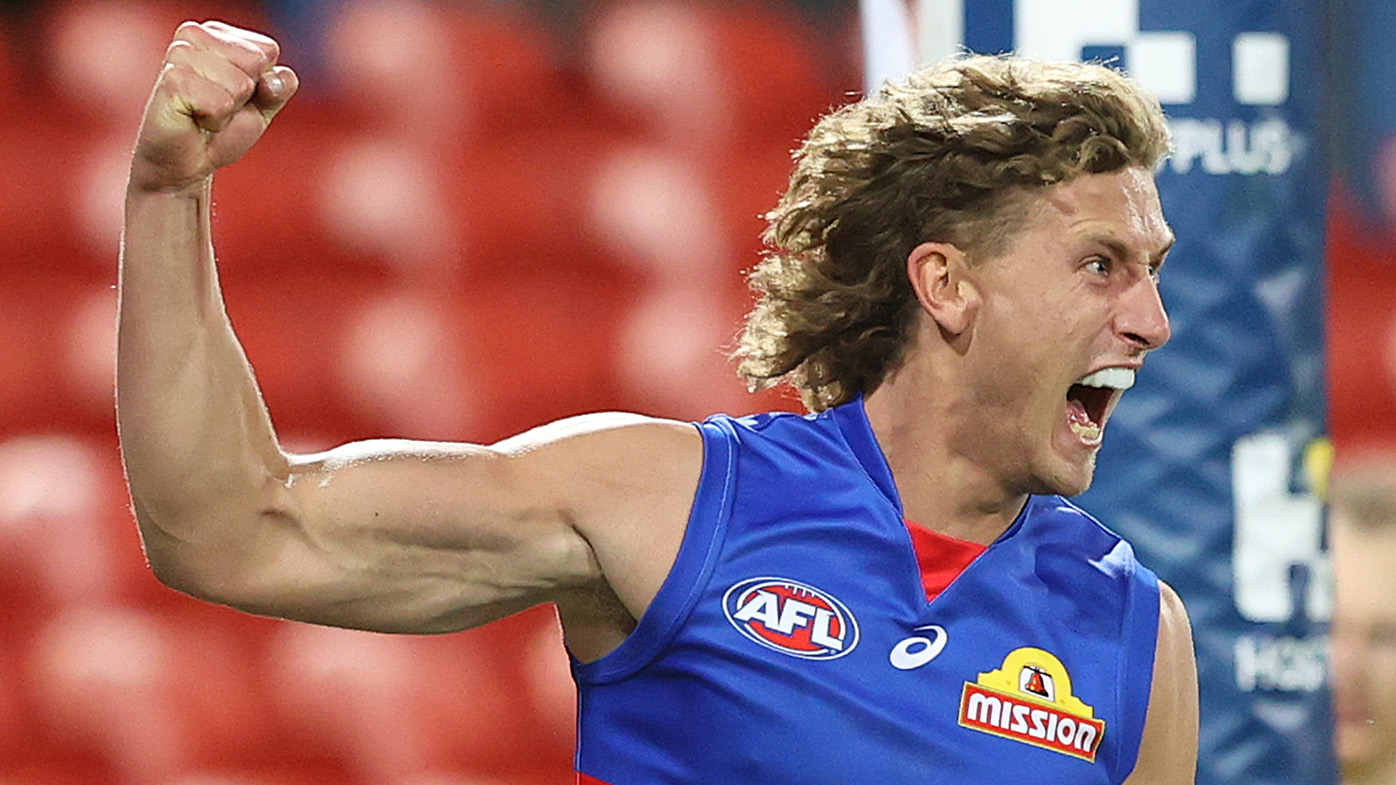 “I understand why Luke Beveridge is playing him the way that he’s playing him at the moment because of his aerial ability, crashes packs, brings the ball to ground … but I can just visualise that stability of him being at centre-half back.”

One hurdle facing Bulldogs coach Luke Beveridge is that without Naughton playing as a forward they’d have a lack of threats inside 50.

Mitch Wallis, the Dogs’ top goal-scorer with 25 in season 2020, is a solid role-player but not a dominant spearhead.

Josh Bruce is capable of kicking a bag of goals on his day, but the left-footer isn’t consistent enough in his output.

And while Jamarra Ugle-Hagan has been touted as one of the most talented key forwards in recent draft history, and has even been compared to Sydney Swans superstar Lance Franklin, he is only 18 and on the cusp of his debut AFL season. 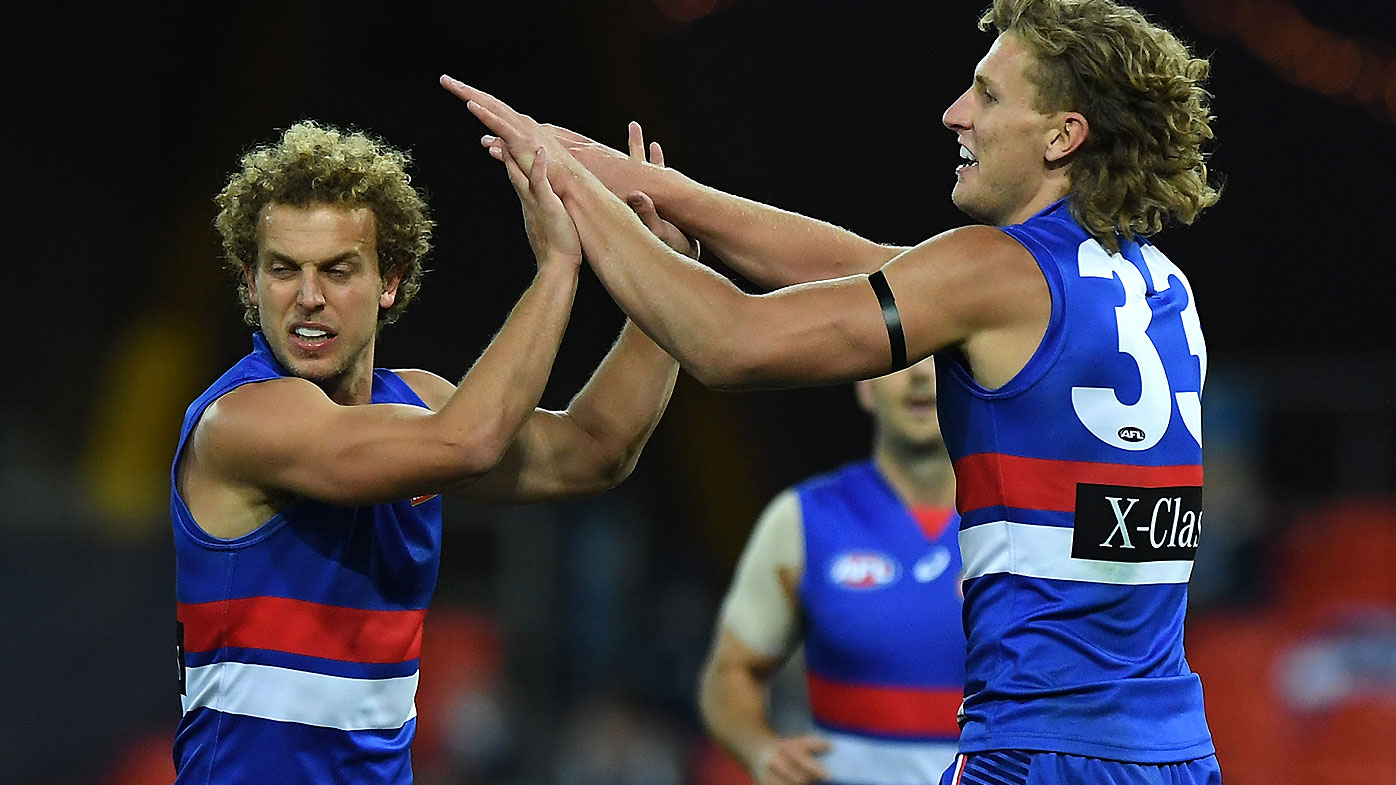 But Johnson used the case of a Bulldogs great and former teammate to drill home his point that Naughton should play at centre-half back.

“We used to say it with ‘Granty’ (Chris Grant) at centre-half back; you just walk taller knowing you have a guy there that reads the game so well, that is able to instruct … And you can start moving better as a team when you’ve got that one strong pillar at centre-half back,” Johnson said.

“He’s just too good a player to be in and out of the game. I think he’s the type of player that could absolutely tear the competition apart if he is able to play four solid quarters at centre-half back, for example.”

The Dogs will get their 2021 campaign underway in a clash with Collingwood at the MCG tomorrow night.