Phil Gould says the Panthers could live to regret hanging on to Matt Burton against his will, as the Bulldogs circle.

Former Panthers general manager Phil Gould says the club may live to regret its hardline stance on Matt Burton after forcing the frozen-out 21-year-old to see out his final season in Penrith in reserve grade.

Burton is widely expected to be one of the brightest stars of his generation yet when the two clubs fighting over him clash on the field on Saturday afternoon he’ll be watching from the stands.

The classy young half has already signed to join ex-Panthers assistant coach Trent Barrett at the Bulldogs from next season but attempts to bring him to Belmore this season have so far been blocked. 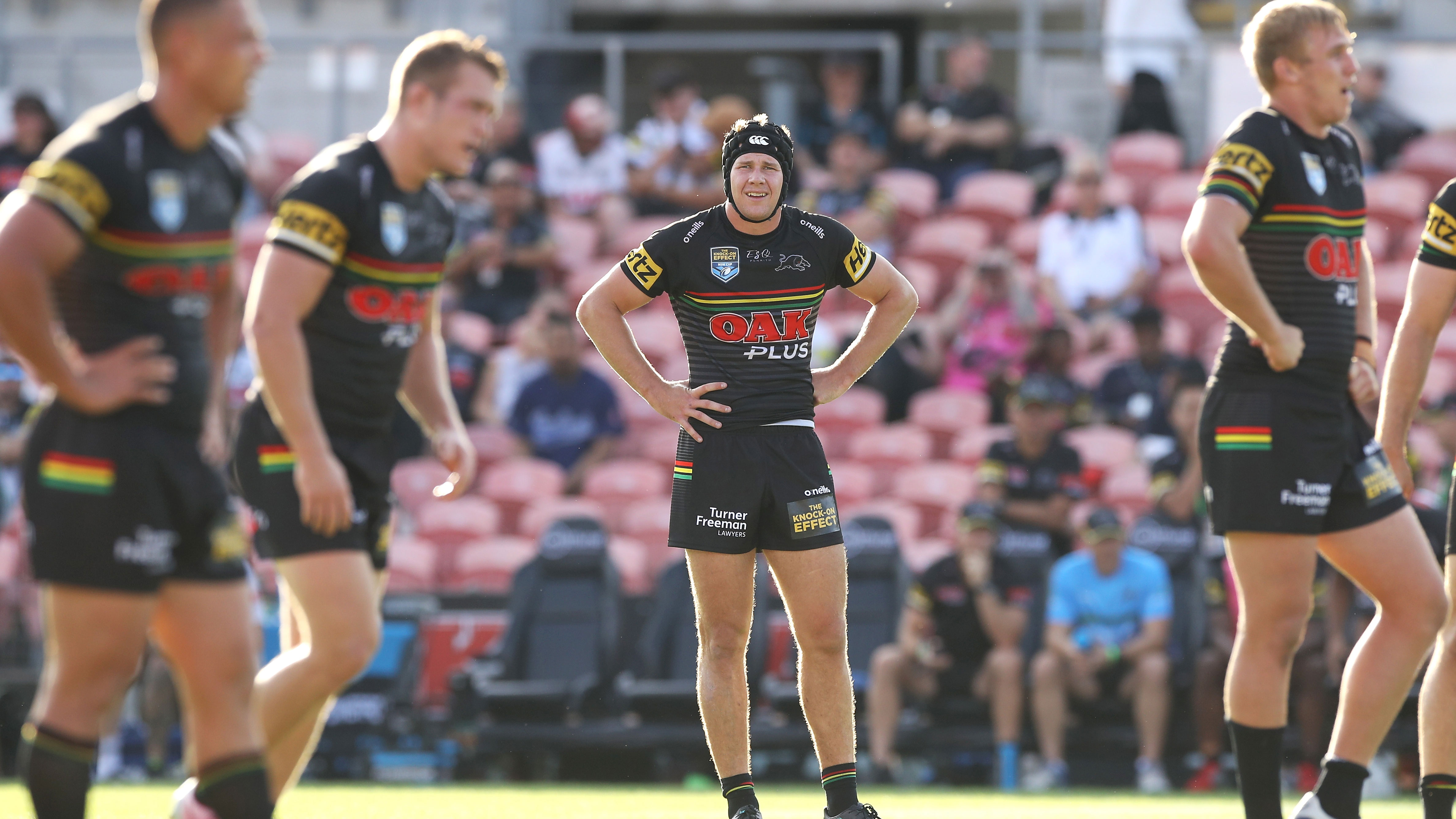 There has been speculation that the Panthers will revisit the transfer request following this Saturday’s clash yet, given Burton is contracted until November 1, Ivan Cleary is perfectly entitled to force him to see out his deal at the foot of the mountains.

However, given Burton is the Panthers’ fourth-string half, behind Nathan Cleary, Jarome Luai and Tyrone May, Gould says the decision to hold onto Burton is cruel and will stifle his development unjustly.

“There comes a time where you’ve got to think of the best interests of the player and it’s quite obvious, the Panthers have got those two great halves out there in Luai and Nathan Cleary and they’ve also got a player out there called Tyrone May who’s a very very adept player too,” Gould told James Bracey on Wide World of Sports’ Six Tackles with Gus podcast.

“And there’s a couple of other players coming through the system you haven’t seen yet. It’s an embarrassment of riches really, and here’s Matt Burton who’s a very talented player, and I spoke to you about him a couple of years ago; he’s spinning his wheels.

“I don’t think it’s doing his career any benefit out there waiting for a game in the centres or just training against the first grade players, he needs to be playing NRL football, he can’t learn anything more in the second tier.”

Gould added that the Panthers may ultimately shoot itself in the foot by holding Burton at the club against his will.

He said the club had established a relationship with Burton by nurturing his development and should not burn a bridge that could ultimately bring player and club back together down the track.

“Sometimes it’s in the best interests of the player just to make a decision and let him go,” Gould said.

“And if you do that and you do it amicably, you do it in his best interests, you can buy him back in a few years’ time. The relationship is solid. You’ve done the right thing by the player and you’re strong anyway; you’re going to have to have injuries to play him out there, which you don’t want.

” … It’s sad sometimes you’ve got to let a good kid go but it’s in his best interests. And if in a couple of years’ time they can’t afford both Luai and Cleary, they’ve got a relationship with Matt Burton, they can buy him back.” 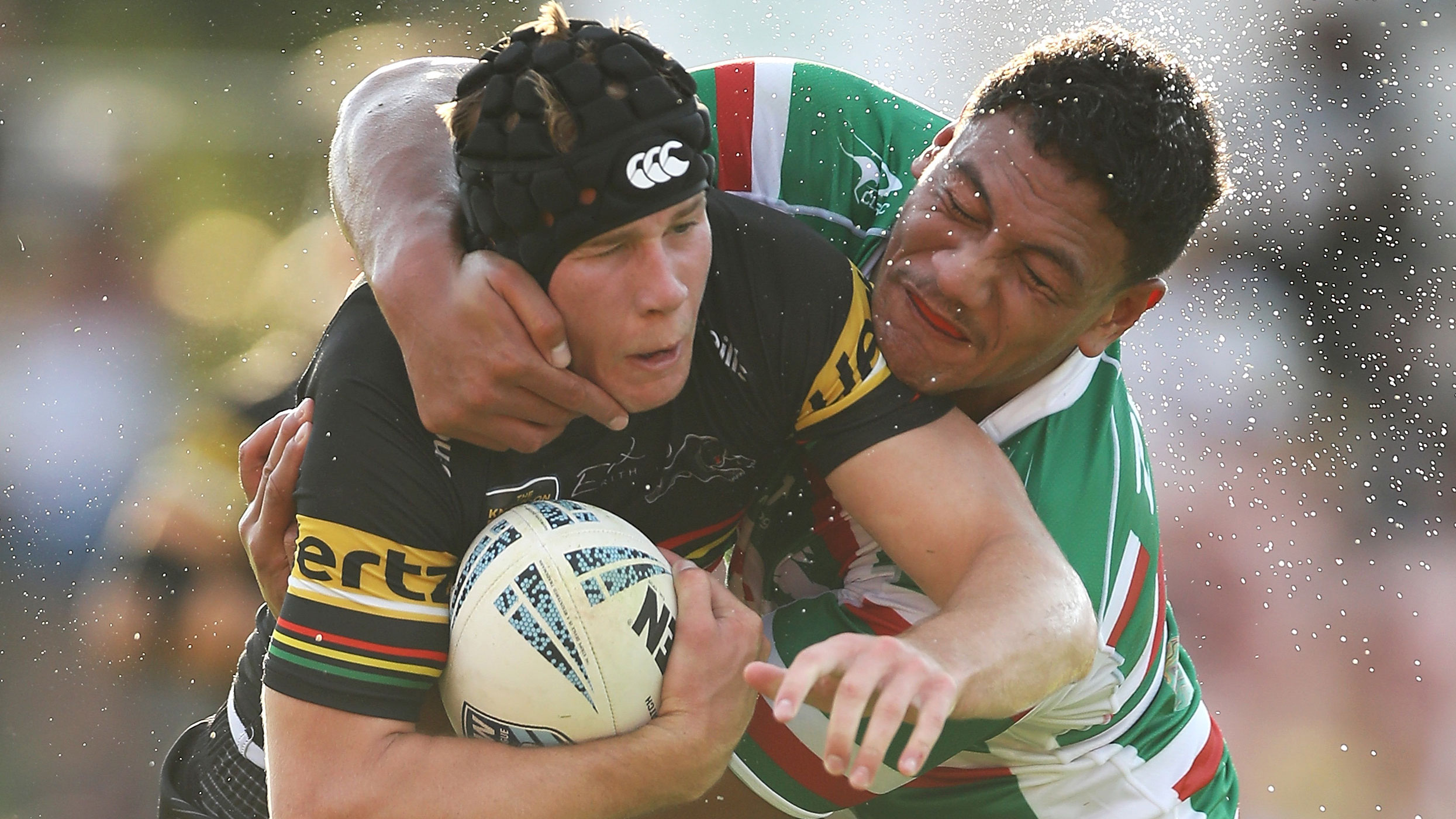 Gould said Burton was just one “sad” example that stemmed from a flawed contract system that allows clubs to buy players more than a year before they’re eligible to pull on different colours.

When Burton pledged his future to the Bulldogs he set the stage for a showdown between his next club and his current one, with Canterbury short of quality options in the halves this season.

Gould said there was merit in the loan system brought in during last year’s COVID-affected season to help support the Warriors while they were stranded in Australia.

Under that temporary rule the Warriors were able to borrow players from other clubs, with the owner clubs able to recall them at short notice.

Gould claimed he would have used that system a lot if it was available to him when he worked in clubland to stop young players who were ready to step up to the NRL from stagnating in reserve grade.

“So rather than spin their wheels there I would have gladly given them to another club to go and play first grade for half a season if I could bring them back to first grade when I needed them,” Gould said.

“So a fellow like Matt Burton under that model, I would give him to another club for 10 or 12 weeks and say ‘go and play NRL every week’. And then if there was an injury to Cleary or Luai at Panthers, ‘well, we need him back now’.

“That would be how it works, I think you should be able to loan players and bring them back.”

Gould concluded the argument by explaining the limitations of reserve grade for young players once they get to a point where they’re too good for it.

He said that the second-tier competition played a vital role but it wasn’t fit for all purposes.

“There are a lot of players who get a lot of benefit out of playing second-tier football and for your older players who are at the back end of their careers and can’t quite get a game in the first grade side, it’s a good level for them to go back to and keep ticking over until they’re called upon again. They know what it is,” Gould said.

“But for some younger players, sometimes they need better than that and if they spend too long there they’re going to lose ground on their counterparts and their teammates because they’re not experienced…

“For a younger player who’s really an NRL player, which Matt Burton is, the second-tier is really not the place for them and they need to be playing first grade…