Alex Volkanovski has been keeping a close watch on his UFC rivals and while their claims are building he’s not concerned.

UFC featherweight champion Alexander Volkanovski has issued a stern warning for anyone thinking that some impressive performances by his rivals meant they were coming for his title.

Volkanovski will fight American Brian Ortega at UFC 260 next weekend, who got a title shot after a dominant decision victory over ‘The Korean Zombie’ Jung Chan-sung. 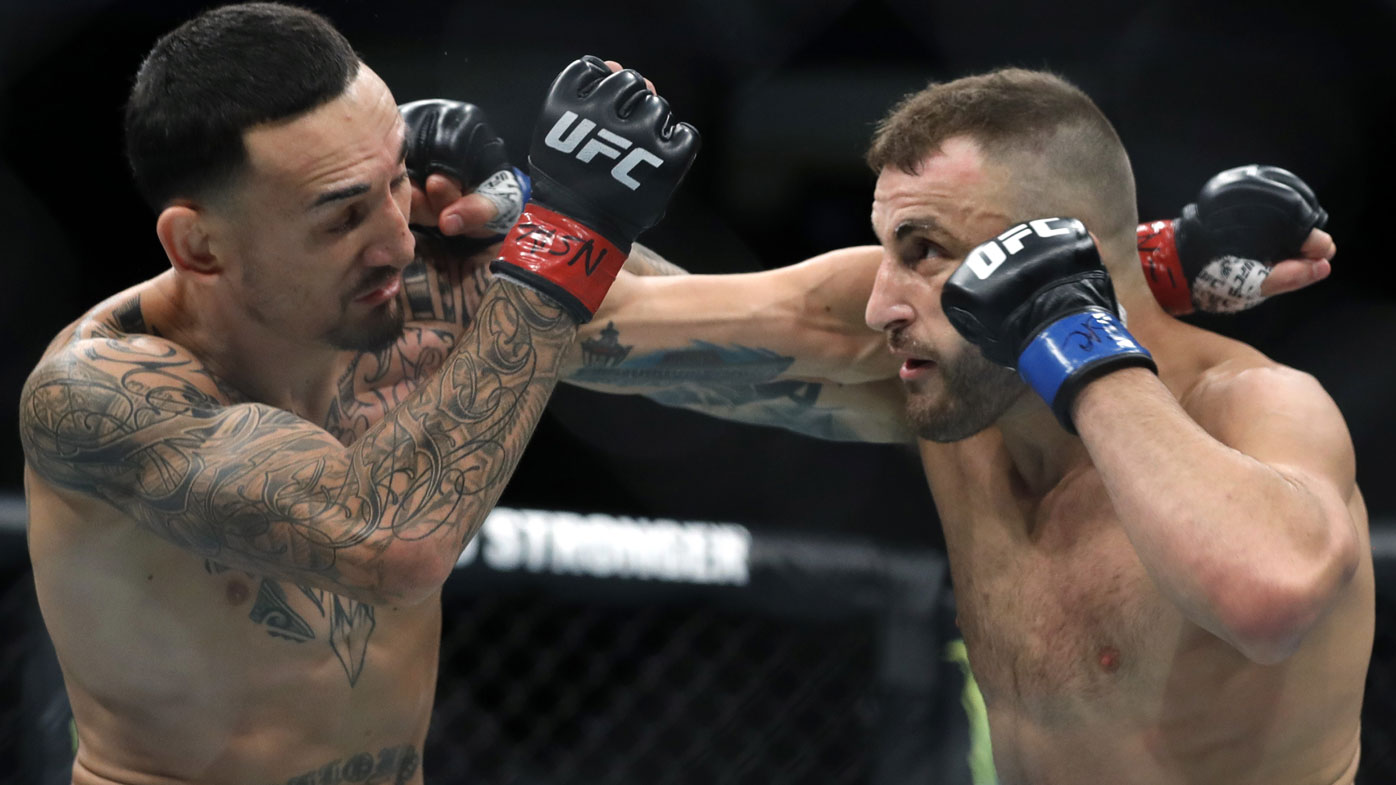 “Without giving too much away, I can take a lot from what he was doing,” Volkanovski told Wide World of Sports.

“But not just him, I can look at Zombie’s performance and take a lot away from that before. Why did he let Ortega do this or that? I wouldn’t have done that.”

But if Ortega was dominant, former champion Max Holloway’s recent outing against Calvin Kattar was a level above even that.

“He definitely looked good, he hit some crazy number. But he doesn’t hit those numbers when I’m in front of him. That’s not disrespect, that’s just straight facts,” Volkanovski said.

Some fans wanted Volkanovski to run it back with the former champ for a third time, but the south coast local said Ortega had earned his shot. “You’ve got Max and him that are right up there, and after fighting Max twice it’d be silly to do it again straight away,” he said.

“Obviously people are going to say what they want, but with that situation, this fight I’m having with Ortega was booked long before his most recent fight.

“He’s doing the right things. He knew he had to fight and get back to that number one contender spot and fight somebody else.”

Volkanovski said that he won’t allow Ortega, who has one loss as a professional fighter, to determine the speed of their title bout.

“Zombie’s not me, and I’m not going to let Ortega sit there and dictate the pace and set up his own things,” Volkanovski said.

“I’m in phenomenal shape right now and I cannot wait to put on this high pace and I know there’s nobody that can keep up with that.” 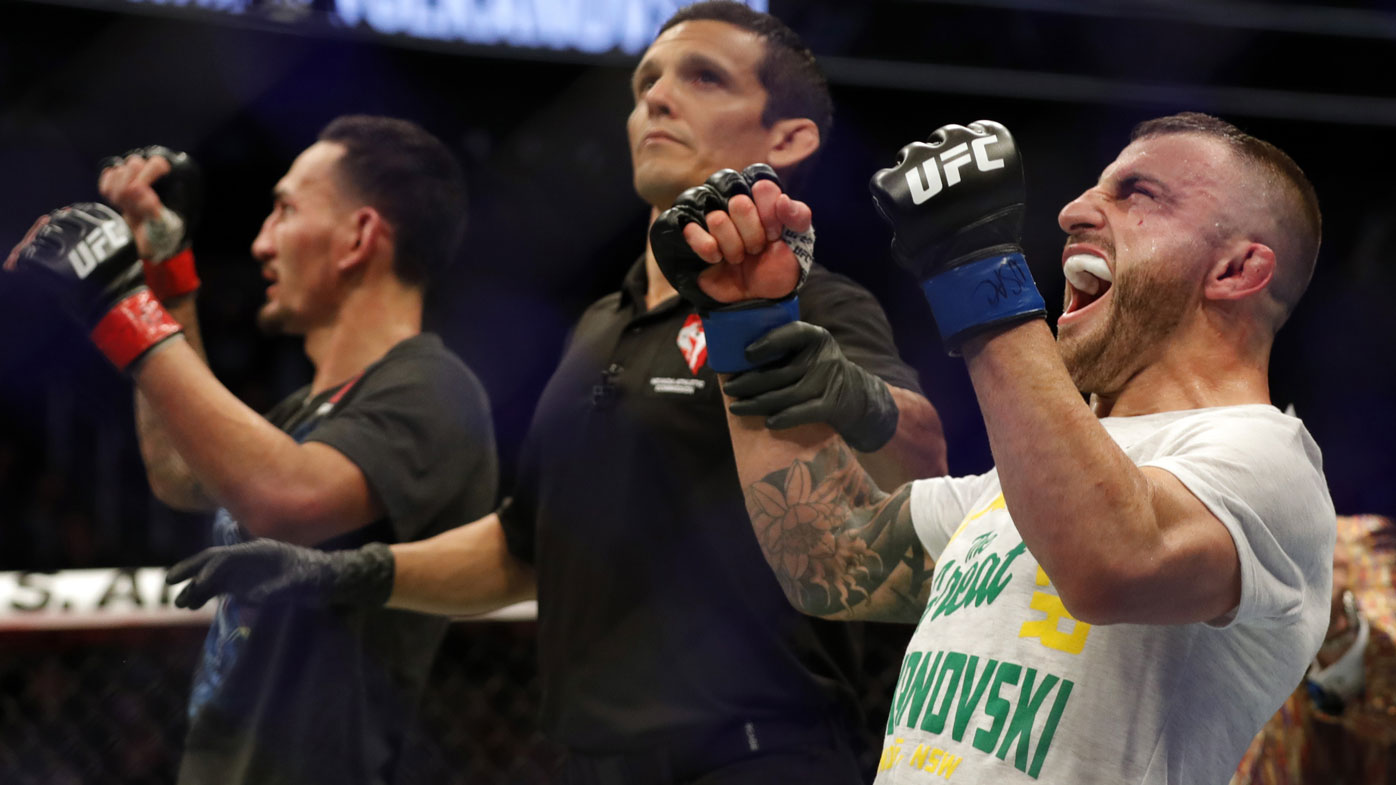 The champ predicts that his frenetic style will frustrate the challenger, and will lead him into making tired mistakes as desperation sets in.

“In his last fight he showed he could go five rounds but again, it was a pace he’s comfortable with. I still feel that I can break him and that’s what I plan on doing,” Volkanovski added.

“I know this fight’s going to be a fun one, and I don’t feel like Ortega can fight like he did in his last fight.”

Volkanovski left Australia on Saturday and is in Las Vegas, preparing for next weekend’s fight which will be behind closed doors at the UFC’s Apex complex.

“I found out from my last fight that I really do like the crowd. You really appreciate the atmosphere and all that type of stuff,” he said.

He said that while he usually feeds off the crowd, he’d have to make his own energy – as he did in his previous fight in the Middle East.

“I got that experience on Fight Island and now I know that I can let my emotions fly and make my own adrenaline. We’re going to be backstage, get the music blaring and the emotions flying, we’re going to have a good laugh and then get in there and put it on him.”

The former Group 7 footy player has been trying to establish himself outside the octagon as well, writing a picture book for children and starting a YouTube channel.

A recent video showing how to cook lamb souvlaki and wagyu beef has racked up 80,000 views on YouTube.

“Cooking with Volk, we’re smashing it,” he laughs.

“We go and we fight and we’re all business, but there’s a whole different side of me that people don’t get to see.

“I want to show a different side to our sport and something that people don’t really see. We’ve got great role models in martial arts and I believe there’s a lot of good life skills in the sport.”