It was ‘hard to look away’ during Bryson DeChambeau’s final round at the Players Championship as the American’s challenge went off the rails.

Bryson DeChambeau’s incredible distance off the tee has made headlines in recent months, none more remarkable than his efforts at Bay Hill last week.

But it all went horribly wrong during the final round of the Players Championship, when the American incredibly topped his tee shot at the fourth hole.

Instead of his more usual distance of 340 metres or so, his tee shot at the fourth travelled just 130 metres, barely getting off the ground before it found the water.

DeChambeau was left with the embarrassing option of taking a drop from the forward tees.

“I wonder when the last time he played off the ladies’ tee was?” David Feherty pondered on NBC’s coverage.

But that wasn’t the end of the madness, with DeChambeau’s third shot a shank that went way right.

“Oh my gosh, what is going on?” the American said as he watched his ball disappear into the trees.

DeChambeau had to play his fourth shot backwards to avoid trees, but could only move the ball 15 metres. From there he played a brilliant 43-metre chip to inside two-metres to make double-bogey. 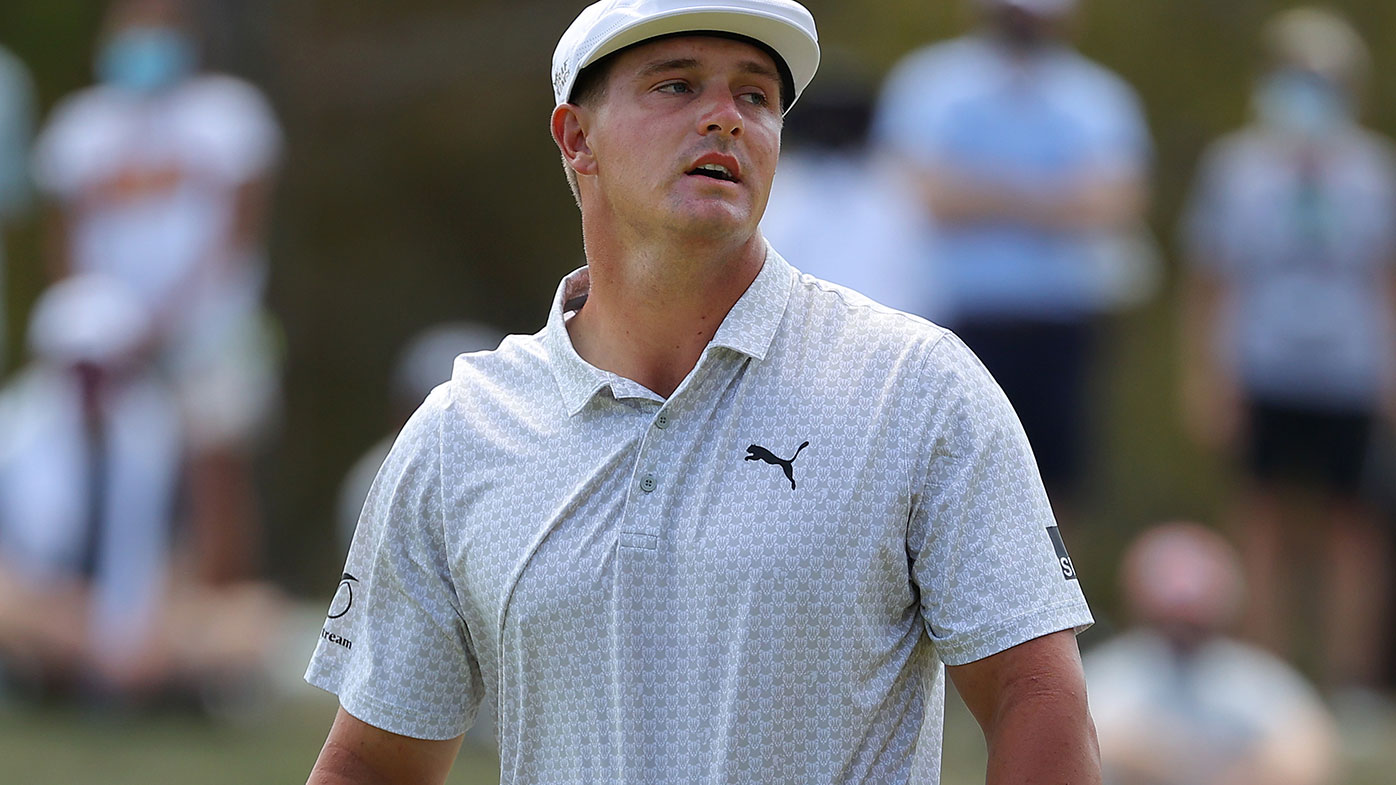 His playing partner, Lee Westwood, didn’t fare much better. His tee shot went way right and found the water, leading to a bogey for the tournament leader. That proved significant later in the round, with Westwood finishing one shot behind eventual winner Justin Thomas.

Thomas shot a final round 68 to surge to the top of the leaderboard, claiming his first Players Championship and the 14th win of his career.

He joins Tiger Woods, Jack Nicklaus and Johnny Miller as the only players since 1960 to win 14 tournaments before turning 28.

“I fought so hard today, I stayed really patient, (it’s) probably one of the best rounds of my life tee-to-green,” Thomas said immediately after the round.

“I had total control of the ball, and really was hitting a lot of good putts.”

Thomas fought back tears when asked about his grandfather, Paul Thomas, who passed away last month at the age of 89. A golf pro himself, Paul Thomas played in the US PGA in both 1960 and 1961, as well as the 1962 US Open.

“I wish I could talk to him, but I know he’s watching,” Thomas said.