An Aussie guy wins a coveted NCAA gold medal; an Aussie girl jumps higher than any Australian woman in history; and a 20-year-old bursts into the world top-five sprinting ranks.

All this happened on the weekend.

The athletes who are just setting the world on fire are Charlie Hunter, who came from last to win the coveted, highly-regarded NCAA Indoor 800m Championship overnight in the US, in what was simply a stunning display of sustained late power.

Also on the weekend, at the Homebush Olympic Stadium in Sydney, young Queensland sensation Riley Day raced her way onto the Australian team bound for Tokyo with a breathtaking display of speed to win the 200m, while West Aussie Nina Kennedy jumped higher than any Australian woman in history when she silenced the crowd, and stunned the athletics world, in the women’s pole vault.

Her performance was the story of the weekend and along with the other pair, made massive inroads into the world rankings. 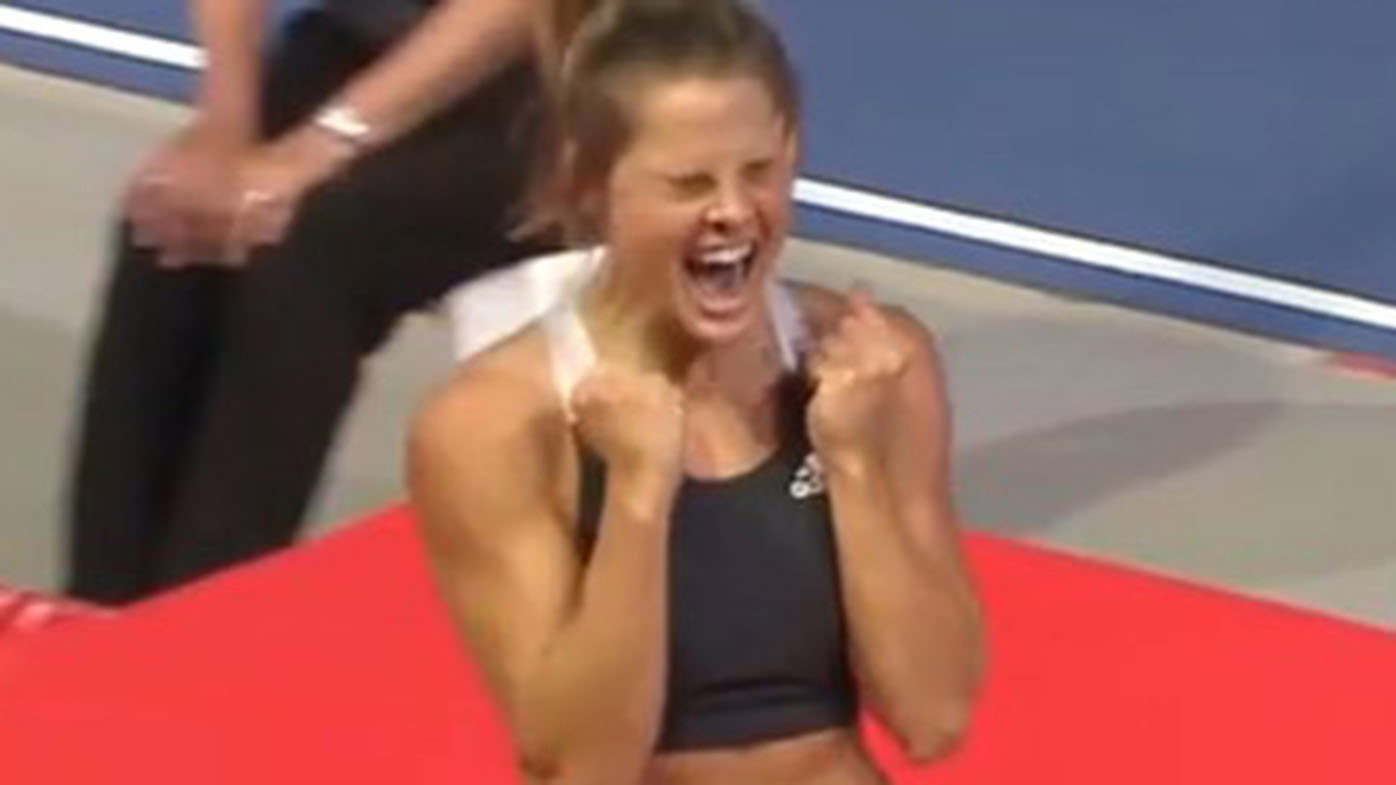 Kennedy, a 23 year old from the West Australian bush city of Busselton, leapt a staggering 4.82m to break Alana Boyd’s national record. Along the way, she pushed her world ranking to No.2 this season and naturally qualified for the Tokyo Olympics.

In was some night out for her.

Her series of jumps had not been seen by an Aussie before. It was so good. She cleared 4.70m to win the event and at the same time, qualify for Tokyo.

She then cleared 4.77m to eclipse her personal best.

She then put the bar up to 4.82m, one centimetre higher than the previous Australian record, and on her first attempt she nailed it. The applause was deafening and genuine. This was a world class performance.

And what made it even more the fairytale story, just two weeks ago, Boyd had given the rising superstar her poles that she used to establish the record years ago.

“I can’t thank Alana enough for her generosity. I used her poles, so big shout out to her, and the conditions here in Sydney were just perfect for the record attempt,” Kennedy said.

“I have been trying for some time, probably attempted it six times this year and just failing each time, but I knew it was there. I just knew if it all came together it would happen and it did. I’m just so happy.”

Kennedy who was a star young athlete at everything she put her hand to, discovered the unlikely event of pole vault in her teens and took to it like a duck to water.

“I took it on because I was good at it and I’m glad I moved to Perth to train with Paul Burgess,” she said.

To give clarity to the enormity of her work, that 4.82m would have taken gold at the most recent Commonwealth Games.

“There will be a few girls jumping in the 80s at the Olympics, so I now need to practice at that height all the time,” said Kennedy, who isn’t built like a typical pole vaulter, being lighter and a little shorter than the best on the planet. 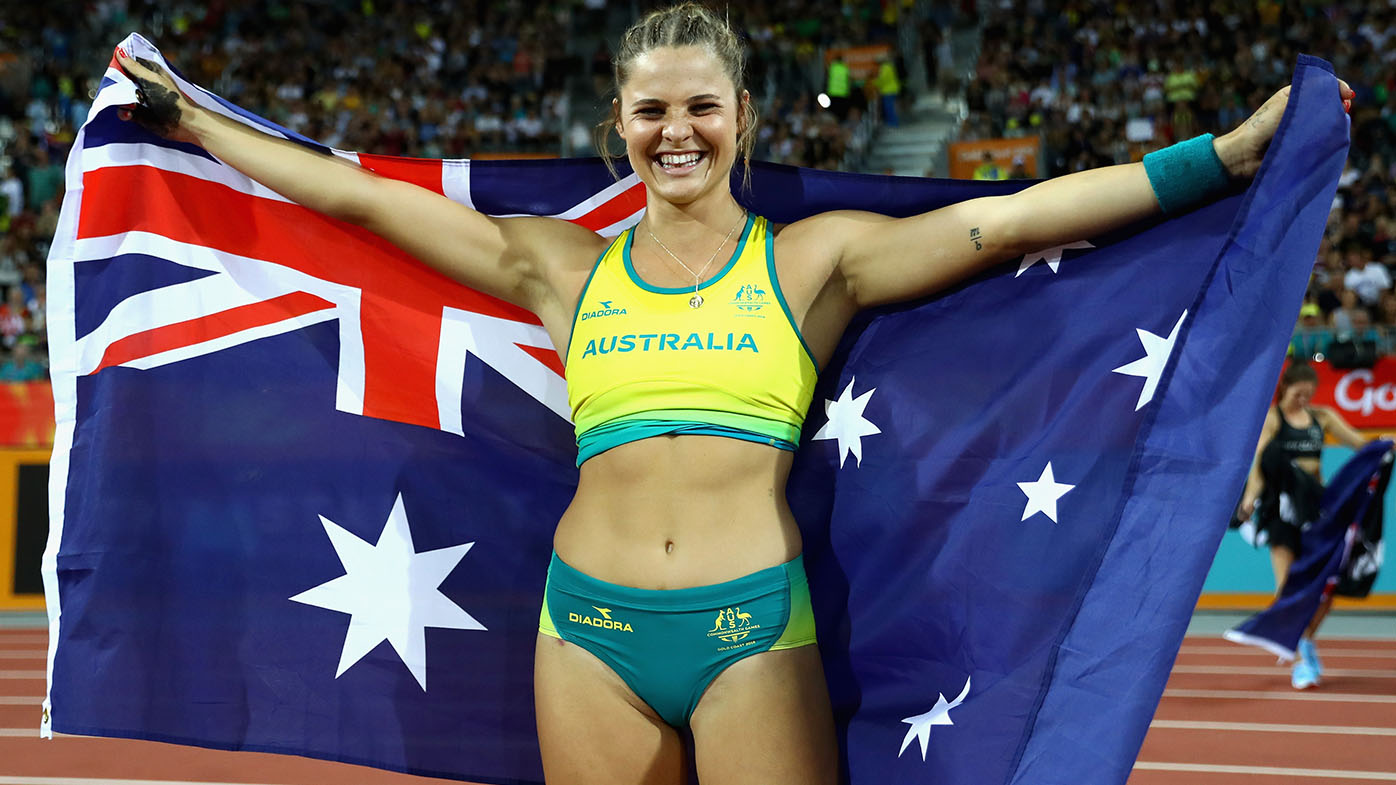 On the track, Riley Day scorched her way to the seventh fastest 200m time by an Aussie ever and dipped under the very fast 22.80sec Olympic qualifying when she decimated the field winning in a legal 22.77sec.

This run came just two weeks after the legend of 200m sprinting for the past 15 years, America’s Allyson Felix, ran a world leading 22.57sec indoors in the US.

What is bad news for Day is that Felix, the London Olympics 200m champion, is running the 200m at the Tokyo Games and that means good news for Aussie 400m sprint sensation Bendere Oboya, as Felix isn’t likely to double and run against her in the 400m.

Oboya kept her incredible unbeaten string off victories against Aussie women going when she ran a world class 300m time of 36.71sec. To put that into perspective, that is a potential sub-51sec run for 400m and that makes her one of the current top three 400m runners to perform on the planet this year.

As for the men, Charlie Hunter, a university student in the United States, ran at the NCAA Championships and his 800m winning performance was just amazing.

The indoor tracks are 200m around and he was last at the end of the first 200m and with the track’s being banked, it is hard to make ground. Yet he did and after covering extra territory and copping a check with 175m to go, he rallied and won in 1.45.89. The Olympic qualifying is the hardest mark it has been in history at 1.45.20.

Hunter is the current Australian 800m and one mile indoor record holder.

Liz Clay, the Sydney girl who trains in Queensland now with Sally Pearson’s ex-coach, made it a rather impressive four times in a row that she has run the 100m hurdles in under 13sec. She was dominant winning her race at Homebush in 12.88sec. She has already qualified for Tokyo.

Long time Aussie legend Dani Stevens won the women’s discuss with a heave of 63.39m, just short of the 63.50m for qualifying; but she has no worries as the 65.93m she recorded in a previous competition has her on the plane for Tokyo. This weekend’s throw just confirmed she is back in world class form.

The Aussie season of top-tier track and field action heads to Queensland next, for the Brisbane Track Classic set down for 27 March.