Premiership-winning Storm star Cameron Munster has made a shock confession amid the Queensland expansion talk.

Premiership-winning Storm playmaker Cameron Munster has revealed he’s open to returning home to Queensland, with the NRL expected to unleash a second Brisbane franchise as part of the league’s expansion plans.

ARL Commission chairman Peter V’landys last year flagged the introduction of a 17th NRL team, with Brisbane listed as the only suitable location for an expansion club.

At least four teams will be in the mix to become the NRL’s second Brisbane team.

Wide World of Sports last month revealed the Redcliffe Dolphins, one of the competing bids for expansion, officially filed a trademark on the title “Brisbane Dolphins”. 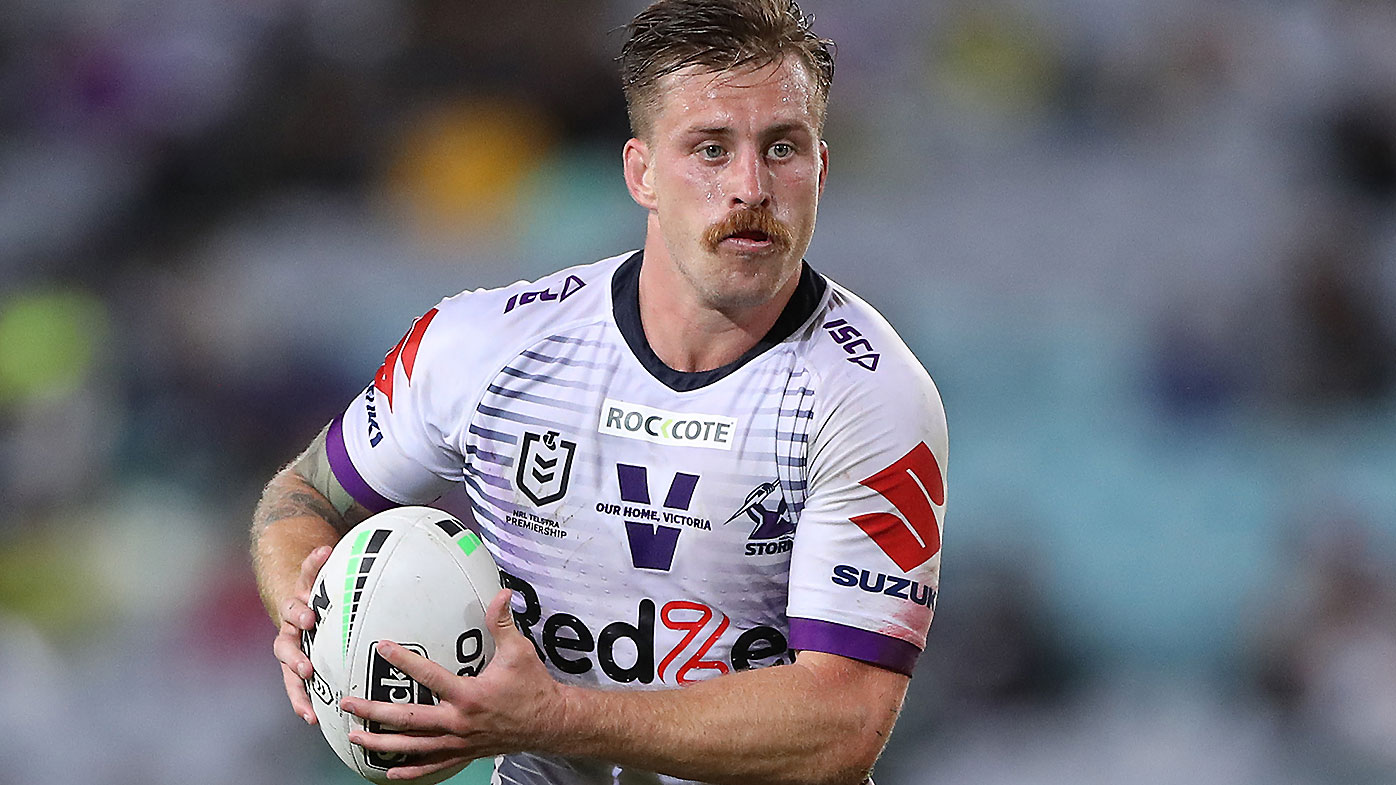 But as teams race to become the next NRL franchise, Munster will no doubt be on top of each club’s recruitment list after the Queensland native revealed he would be interested in continuing his career back in his home state.

“If another Brisbane team comes in, I won’t say no to going back home,” Munster told News Corp.

“I do see myself moving to Queensland after football and if a second Brisbane team comes in, I could go back earlier than expected.

“I wouldn’t say no to that (joining a second Brisbane team) … for sure.”

According to the News Corp report, Munster will be the Brisbane Jets’ No.1 recruitment target should they be granted an NRL licence.

Munster, 26, is currently contracted to the Storm until the end of the 2023 season.