Leicester Fainga’anuku scored one of the great tries as the Crusaders crushed the Chiefs in Super Rugby Aotearoa.

Richie Mo’unga resembled a happy kid running around Sumner beach as he inspired the Crusaders to a 39-17 victory over the Chiefs in Christchurch on Saturday night.

Mo’unga might have even motivated a few youngsters to take up the game as he danced and swerved past the bewildered Chiefs defenders in this Super Rugby Aotearoa match at Orangetheory Stadium, until replaced in the 65th minute.

Would the Chiefs have been relieved to see the back of him? Too right.

Just as many Crusaders supporters would have been relieved Mo’unga, who at times reminded us of the way Benji Marshall lit up the NRL with his magic feet in the mid-2000s, was finally removed from the clutches of the frustrated Chiefs forwards who would have dearly loved to ragdoll him into the dirt. 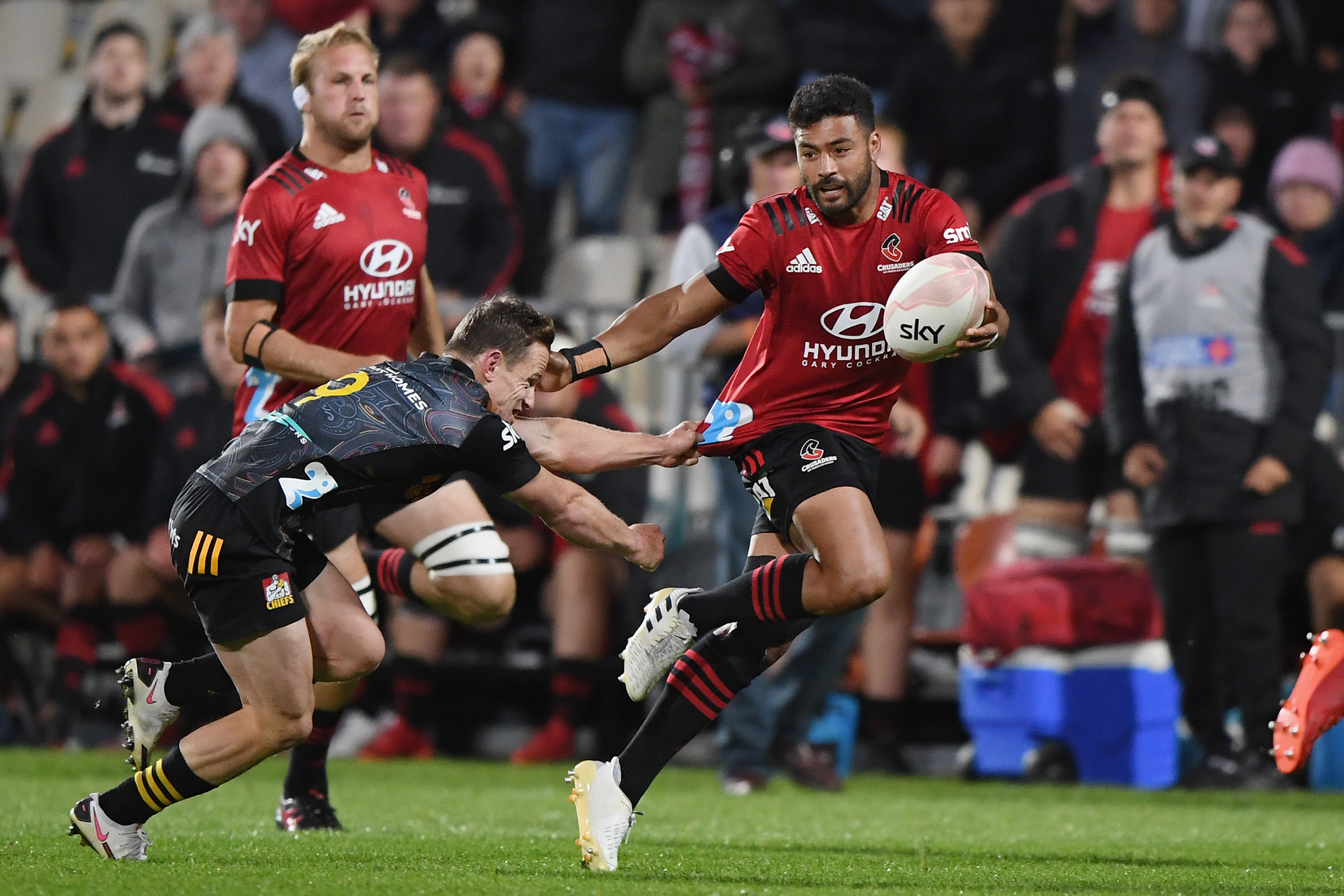 This, another loss for the Chiefs which stretches their miserable run of defeats past a calendar year, was just another reminder of how ruthless SRA can be.

What a tough night it was for them and new coach Clayton McMillan; the Chiefs lost their defensive shape as the pressure mounted, their discipline slipped and the Crusaders just kept adding to their pain.

Good fortune often deserts teams in strife, and it vanished for the Chiefs when a captain’s referral minutes after halftime was dismissed, replaced by a penalty try and a yellow card to co-captain Brad Weber.

The narrative went like this: Mo’unga made a fine break, his inside pass appearing to go forward after Weber whacked his arm. But TMO Paul Williams stated the ball pinged off Weber, and from the subsequent phase he committed a professional foul to thwart a try.

The result? The Chiefs went down to 14 men and the Crusaders went up eight points, which only fuelled their desire to inflict more misery.

And they were relentless; the Crusaders scrum was immense, the forwards got better as the game ground on – even when the subs bench was being emptied – while Mo’unga, David Havili, Sevu Reece and Will Jordan lit up the backline.

The Crusaders grabbed five tries, and there could have been more.

A gem of a duel unfolded in the first quarter, with Chiefs fullback Damian McKenzie and Crusaders left wing Leicester Fainga’anuku duking it out at opposite ends of the track.

It was McKenzie who landed the first blow, as he reminded us just how lethal he can be when given a smidgen of space when he has the pill in his hands; he immediately sensed Fainga’anuku was compromised on defence, and whizzed past him like a ghost wafting away from a frightened child.

Not that McKenzie’s work was done. A tackle from Mo’unga wasn’t enough to prevent him powering to the tryline, his momentum enabling him to plonk the ball across the chalk. 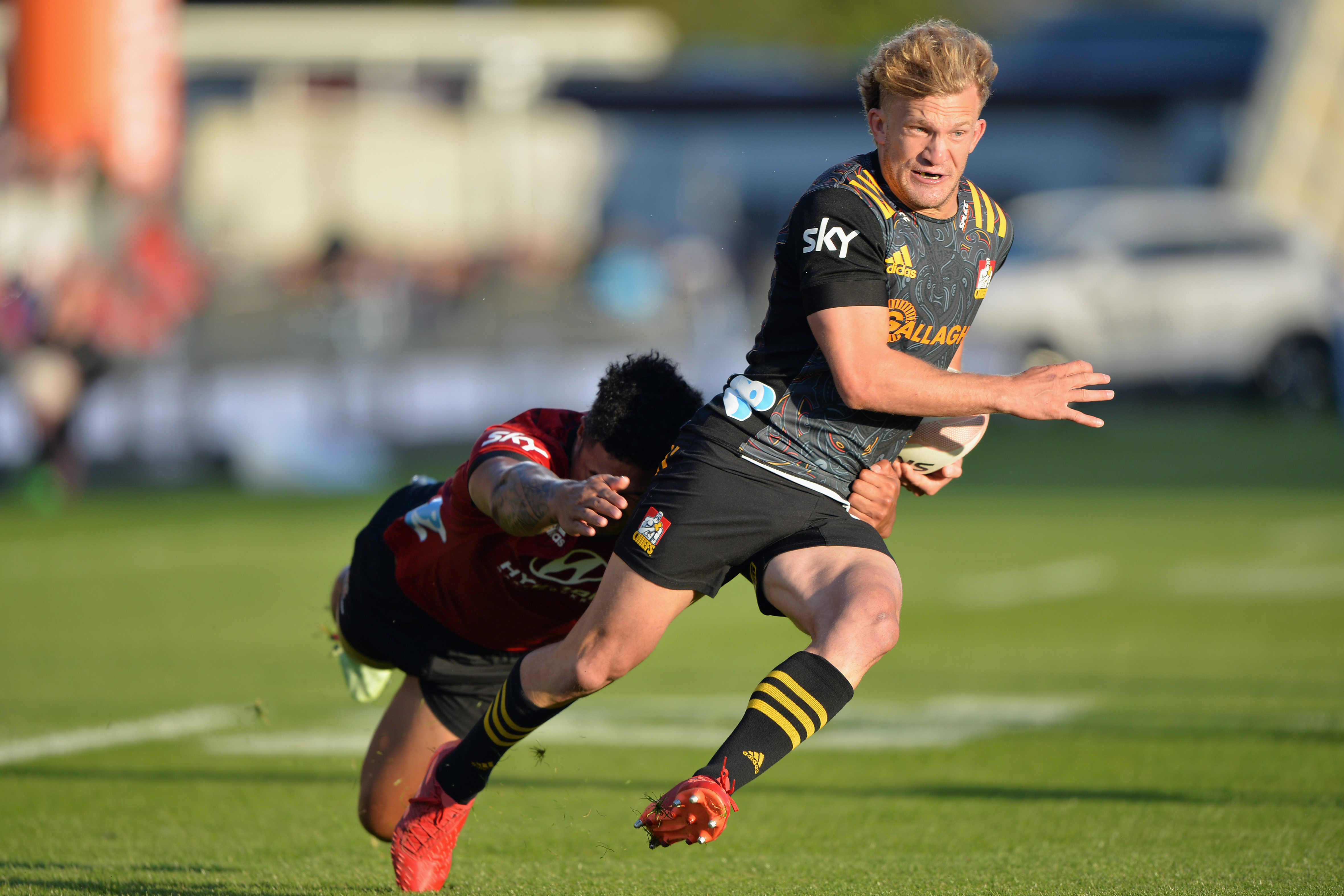 And then it was Fainga’anuku’s turn to take matters into his own hands.

A break by midfielder David Havili was followed by a rocket of a pass that put his left wing in space with only McKenzie between him and the corner pole.

What happened next bordered on the remarkable. Somehow, despite a gallant tackle by McKenzie, Fainga’anuku launched into space and managed to score without brushing the turf.

A blistering start by the Chiefs gave them a 10-0 lead, McKenzie converted his own score and added a penalty, providing a glimmer of hope for a group of their hardy fans situated near the coach’s box that this could be the visitors’ night.

But it was as if the bitterly cold easterly wind that swept into the ground, caused the Chiefs to apply the brakes to their attack. Ominously, the Crusaders got into their rhythm to pull the possession and territory statistics back in their favour.

Credit to the Chiefs for denying the Crusaders off lineout drives, but they should have had more points with such a strong breeze at their tails.

And in the second half? They just had no answer. 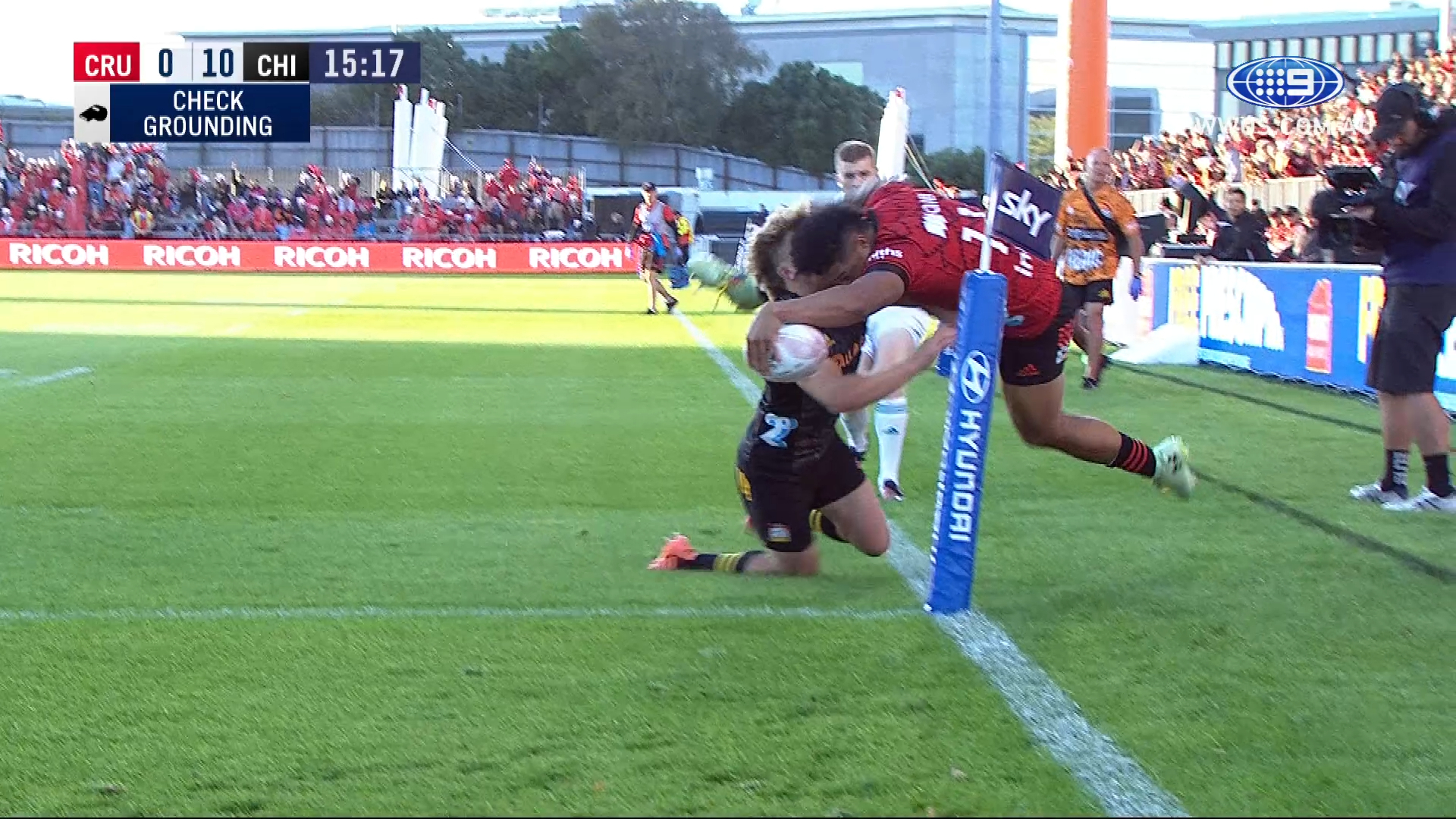