Warriors coach Nathan Brown has opened up on the moment he heard the club was chasing Addin Fonua-Blake.

New Zealand Warriors coach Nathan Brown has revealed “I nearly fell off my chair” when he heard the club was chasing the signature of Addin Fonua-Blake – so thrilled he was at the thought of the bulldozing prop joining his squad.

Brown had high praise for the former Manly star in the aftermath of the Warriors’ opening-round victory over the Gold Coast Titans at Central Coast Stadium.

Fonua-Blake racked up 177 running metres from 19 hit-ups, burst through two tackles and made three offloads to inspire the Warriors to a 19-6 win against the highly touted Titans.

Brown then recounted a conversation about Fonua-Bloke with Warriors recruitment manager Peter O’Sullivan.

“I still remember getting the call from Peter O’Sullivan saying we are a chance of getting this bloke and I didn’t really believe him. I nearly fell off my chair because they don’t come along every day,” Brown said in his post-match press conference.

“He’s a world-class player, isn’t he? I said before – we were fortunate to get Addin.

“Recruitment is the key to any successful club. If you don’t recruit well, you don’t do well.

Brown saved glowing words for off-season recruit Euan Aitken, who played through injury as New Zealand tried to combat the losses of Wayde Egan and Bayley Sironen due to failed HIA tests.

The Warriors only led 6-0 when they lost Egan in the 46th minute and Sironen, the son of Balmain great Paul Sironen and brother of Manly second-rower Curtis Sironen, in the 50th minute. 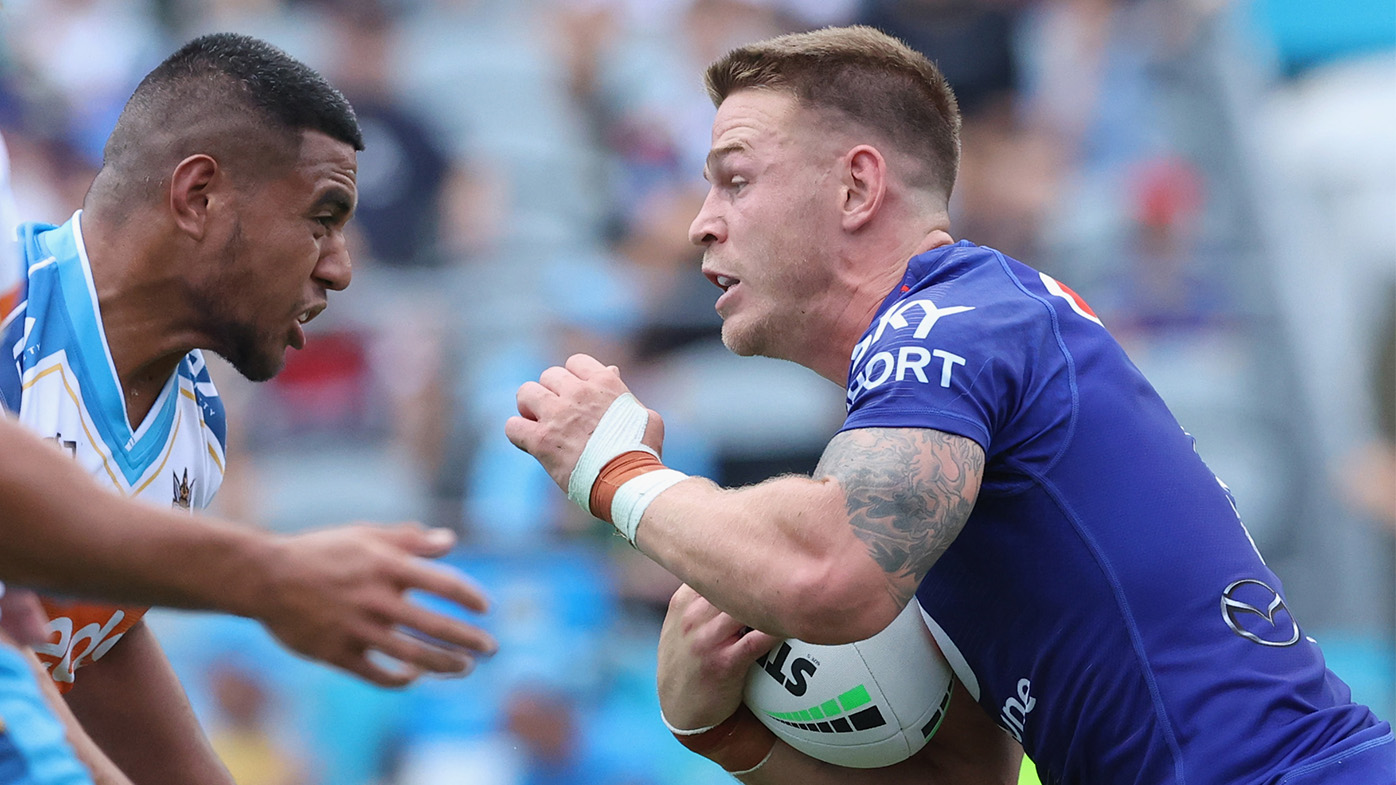 “All our new recruits were really good today,” Brown said.

“Obviously Addin is a high-quality player. Bailey came to us from Souths and is about 20 games into his career.

“Euan Aitken played with an injury. So he stayed on the field when probably under normal circumstances if we didn’t lose the blokes we did we probably would have replaced him.

“Benny Murdoch was great in his first game back in the NRL for about five or six years.

“As a whole I didn’t really want to single any one player out.

“I thought collectively everyone worked really hard for each other and that is what got us our win.”