A host of rugby league legends believe Brisbane Broncos fans should be “optimistic” about the season ahead.

A host of rugby league legends believe Brisbane Broncos fans should be “optimistic” about the season ahead despite tonight’s second-half capitulation, which saw Kevin Walters’ men leak 24 unanswered points en route to defeat.

One of Walters’ primary goals when he returned to the Broncos to coach was reinstalling pride in the jersey – the same jersey in which he won five premierships – and former Cowboys champion Johnathan Thurston said he had already seen glimpses of exactly that.

“If I’m a Broncos fan I’m very optimistic about the season ahead,” Thurston said during Nine’s post-match coverage of the Broncos’ 24-16 loss to the Parramatta Eels.

“Kevie said he was going to bring a bit of pride back to the jersey and I think they did that tonight.”

The Broncos took a 16-0 lead into half-time but were steamrolled by a scintillating Eels outfit in the second half.

Blake Ferguson, Clint Gutherson, Reed Mahoney, Junior Paulo and Mitchell Moses were the chief destroyers as the Eels tore apart the Broncos with giant metres in the middle and electric tries.

Thurston said Brisbane must learn to capitalise on a lead.

“They executed extremely well in the first half. They just ran out of troops, the ball control wasn’t great, the kicking game wasn’t great in the second half,” Thurston said.

Queensland great Paul Vautin listed a host of Broncos players who had impressed in the opening round of the season. 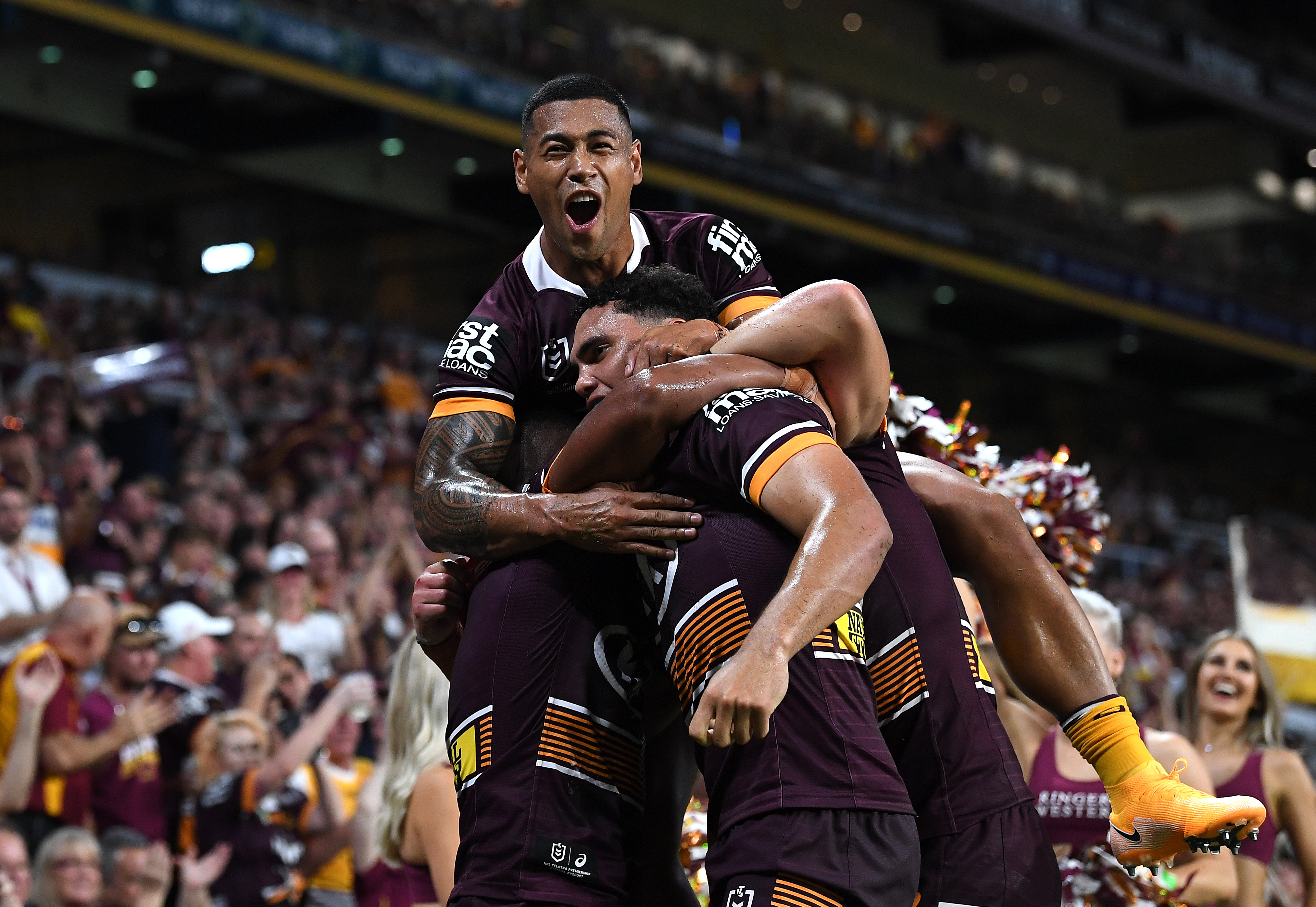 “From the Brisbane perspective, some of the players who were under pressure tonight, for example Brodie Croft – I thought he was really good,” Vautin said.

“Kicking game was good, he ran the ball on plenty of occasions.

“David Mead coming back from four years in the Super League – question marks. At the age of 32, he played really well. He scored their opening try.

“Jake Turpin in the hooking role.

“So they have plenty to work with.

“(Jamayne) Isaako back at fullback – he wants to play there and he was terrific tonight.

“There were a lot of plusses for the Broncos tonight.

“I don’t think their fans even expected them to win tonight, but they did show they will win a lot of games this year.”

Broncos board member and games record-holder Darren Lockyer said Brisbane’s intent against the Eels was impressive.

“There’s a lot to like about that performance,” Lockyer said.

“I know they would feel disappointed that they lost the game considering the position they were in, but there was a lot to like about their attitude.”