Eels winger Blake Ferguson was at his absolute best on Friday night against the Brisbane Broncos.

Eels winger Blake Ferguson was back to his absolute best, scoring a try and setting up another as Parramatta pulled off a come from behind victory over the Brisbane Broncos.

Following a disappointing first half which saw the Eels trail 16-0 at half-time, Parramatta, behind two magical moments from Ferguson, scored four unanswered tries tonight to defeat the Broncos 24-16 at Suncorp Stadium.

Ferguson’s first highlight came when the winger found the ball on the sideline, staying just inside the field of play by a matter of millimetres before putting in a grubber to Eels fullback Clint Gutherson, who planted the ball down as Parramatta started to find their touch.

Not long after, a scrum play from the Eels resulted in Ferguson receiving the ball, with a race to the try line opening up as three Broncos defenders competed.

Ferguson found his way over the try line, while also making sure he got the ball down before the trio of Broncos shoved him out in what rugby league great Paul Vautin described as a moment of brilliance.

“That’s a miracle! He has five coming at him,” Vautin told Nine.

“Brilliant, Brilliant by Blake Ferguson in the corner.” 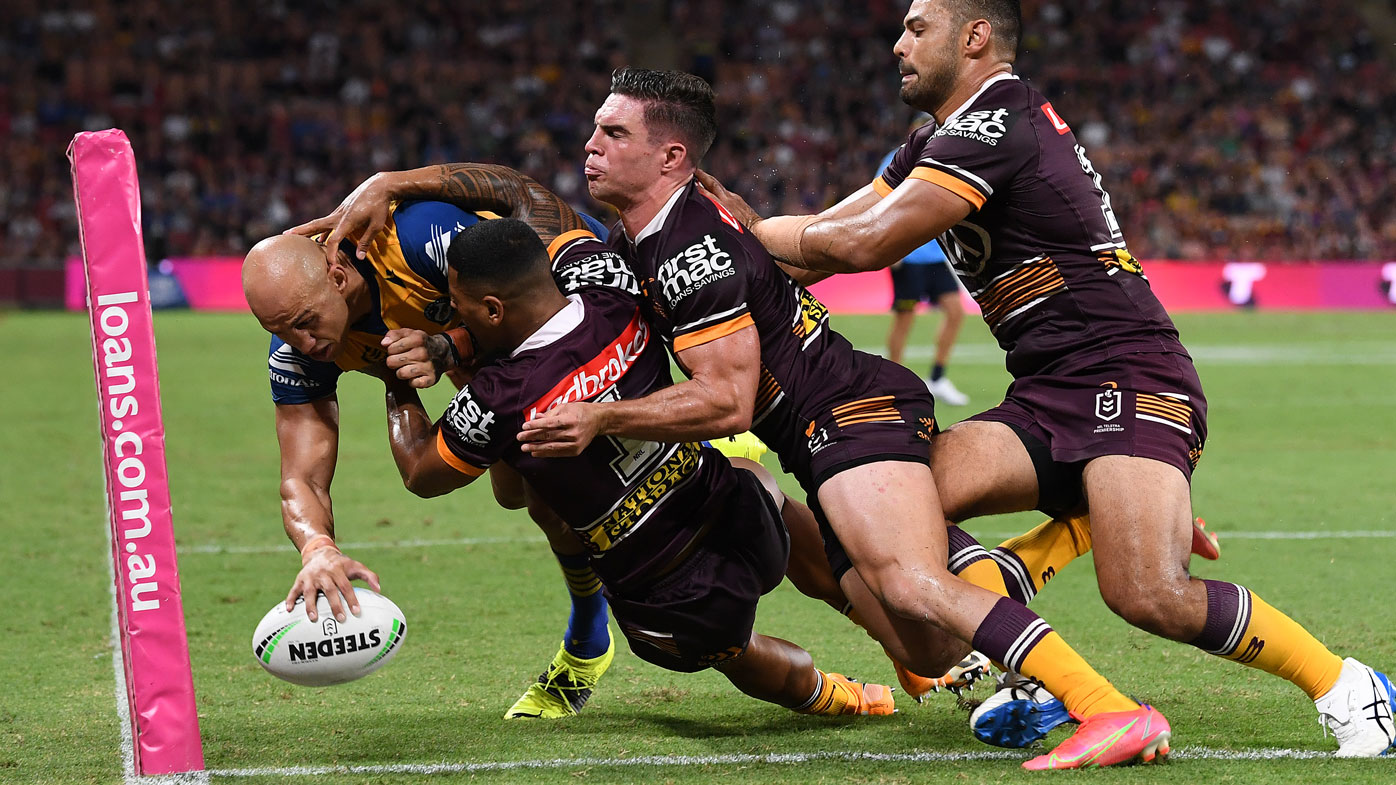 Roosters great Brad Fittler added: “That was a statement.

“The Fergy is back!

“That’s clever, he takes the brunt of the defence on his left side, keeping the ball in his right hand and stretching out – no self-preservation and he plants the ball, literally centimetres.”

Ferguson, who last season scored just four tries from 20 games, was asked if he could’ve scored that try last season, to which he responded: “No chance.

“I trained it all off-season.

“I’ve got a point to prove to myself.”