Brisbane has received some positive news with John Asiata cleared of serious damage after being stretchered off.

Asiata was one of two Broncos taken to hospital on a nightmare start to the 2021 season when he suffered a neck/shoulder injury in a heavy collision with Eels forward Keegan Hipgrave.

The former Cowboy managed just five touches of the ball in his Broncos debut in a brutal game before slumping to the ground and being carted off the field and taken to hospital.

But this morning, his manager Chris Orr had some positive news. 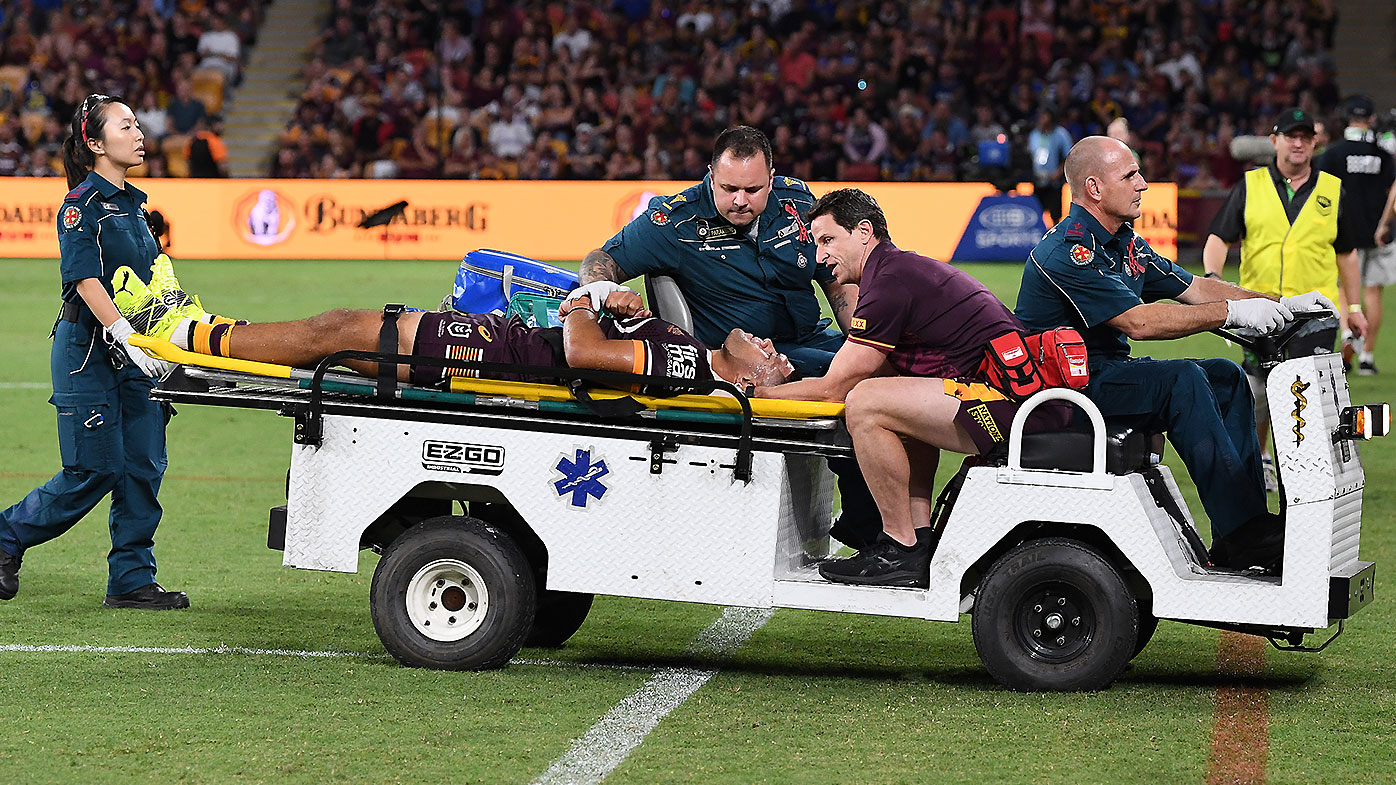 “It didn’t look good but thankfully he is okay,” Orr told Wide World of Sports.

“It was just a bad burner and there is no structural damage.”

The Broncos were flying high at 16-0 in the start of a new era under Kevvie Walters before injuries and fatigue brought them undone.

Star winger Xavier Coates damaged his neck while performing a spectacular dive to score his second try, while prop Matt Lodge has a hamstring tear.

The extent of both those injuries should be known later today.