AFL teams could now field an extra player per game, if a request from club coaches is upheld by the commission.

The AFL is reportedly considering the introduction of concussion substitutes after a heated meeting with coaches this week.

According to an AFL.com.au report, the meeting was “at-times tense” between the coaches and AFL CEO Gillon McLachlan and football department boss Steve Hocking, where the initiative was raised.

Coaches have requested for a 23rd player to be allowed as a concussion substitute, in the event a player is concussed during a game, leaving his team one player short.

A prime example of this occurred in last year’s grand final, where Richmond lost defender Nick Vlastuin in the opening minutes after he copped an errant elbow from Patrick Dangerfield.

The AFL has already tightened up its concussion protocols for the 2021 season, with players now unable to return inside 12 days after being concussed. 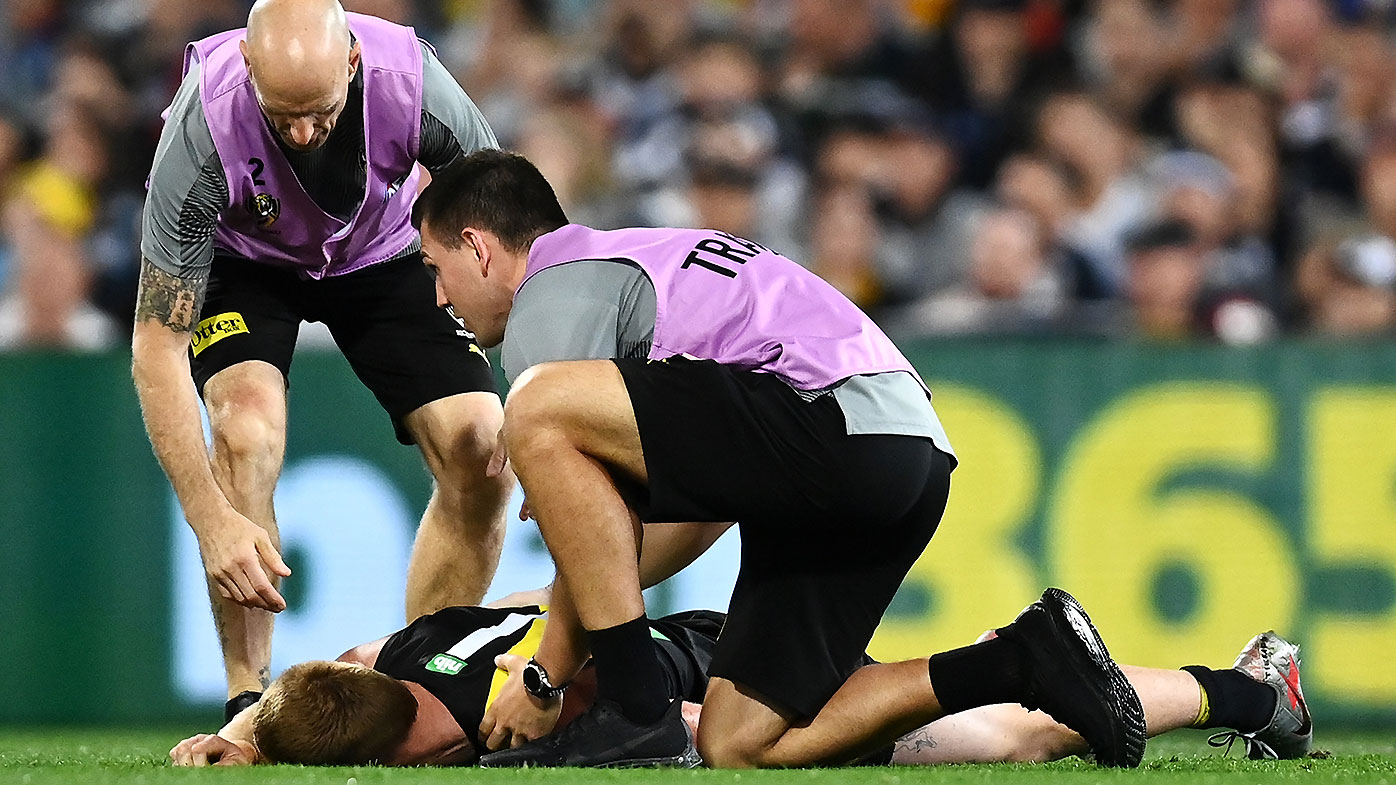 If a 23rd player is to be allowed, it would have to be signed off by the AFL Players’ Association, the AFL Medical Officers Association as well as the AFL Commission, prior to Thursday’s season-opener between Richmond and Carlton.

Talk of a concussion substitute comes as the AFL wrote to clubs encouraging them to be involved in two major concussion-related projects that will be undertaken across the 2021 season.

The first project, BioEye, is an eye-tracking technology that has the potential to aid in the management of concussion in AFL players by providing an objective set of data to supplement the current subjective data/information used by medical teams.

Clubs were also encouraged to get involved with HitIQ, a mouthguard-based head impact sensor system to quantify head impact incidents.

While clubs have been urged to get involved with the two projects, the data from the studies will not be used to diagnose concussion in 2021.